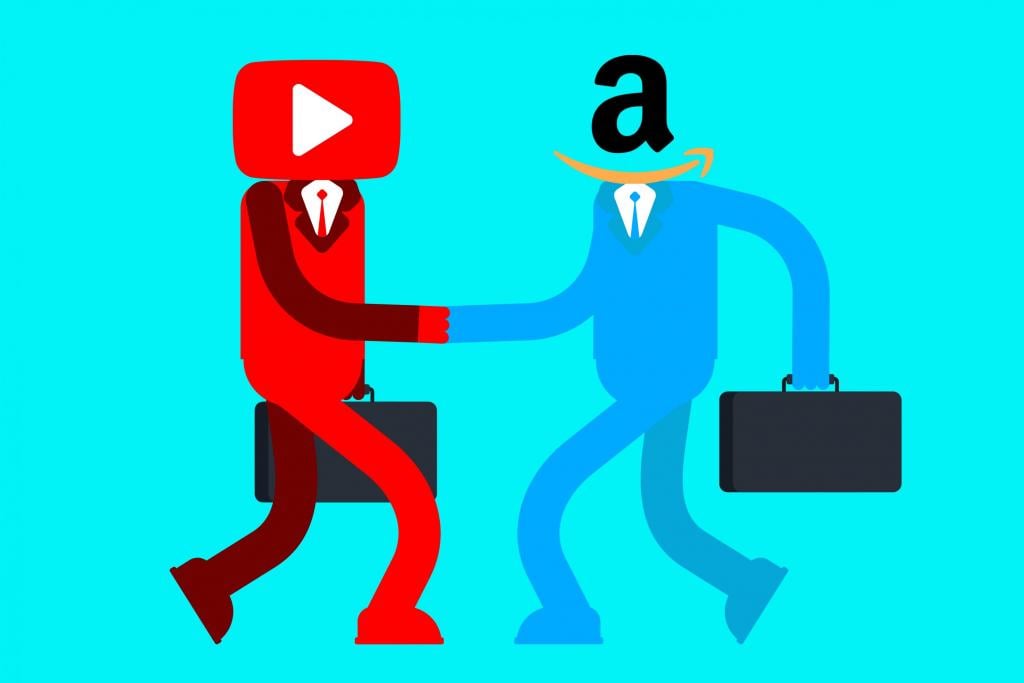 What people are talking about today
Amazon and YouTube both just announced that they’re launching ad-supported music-streaming services designed to work on their respective smart-speaker devices. The Amazon announcement wasn’t exactly a surprise--last Friday Billboard had a scoop about the possibility (“Amazon in Talks to Launch Ad-Supported Music Offering”)--while the timing of YouTube’s announcement seemed designed to draw attention away from its rival’s service.

Amazon headlined its blog post announcement “Alexa, play music,” while Google titled its post “Enjoy YouTube Music free on Google Home speakers.” Neither company has made clear exactly what kind of ad load listeners will be facing, though both are rather transparent about wanting to upsell consumers to their paid, ad-free offerings.

Either way, they’re taking on not only each other, but well-established players with free ad-supported music tiers including Spotify and Pandora.

Meanwhile, a truce
You’ll soon be able to watch YouTube on Amazon’s Fire TV, and catch Amazon Prime Video streams through Google’s Chromecast and Android TV devices, Bloomberg News reports, noting that the changes, announced jointly by Amazon and YouTube parent Alphabet Inc., represent a thawing of the “frosty” relationship between the tech giants, even as they’re suddenly going head-to-head with their free music offerings.

The Day After
As we noted in yesterday’s Wake-Up Call, both digital-scrapbooking platform Pinterest and video-conferencing software maker Zoom made their debuts as publicly-traded companies on Thursday. So how’d they do? The short answer in headline form from The Washington Post: “Pinterest and Zoom surge in early trading after IPO”--up 28 percent and 72 percent, respectively.

Essential context: “Zoom is worth billions more than Pinterest as both go public--even though it’s half the size,” from CNBC. Why? Because Zoom (unlike Pinterest) is already profitable and is growing faster, which pleases investors.

Hollywood East
“Netflix will invest up to $100 million to expand its presence in New York with a new production hub in Brooklyn and corporates office in Manhattan,” reports Ryan Deffenbaugh of Crain’s New York Business (an Ad Age sibling). New York Governor Andrew Cuomo was in on the Thursday announcement, which is expected to create 127 new jobs in marketing, production development and more. In Manhattan, Netflix is grabbing another 100,000 square feet in a Flatiron District building where it already has 38,000 square feet of office space. And in the Bushwick neighborhood of Brooklyn, the streaming giant plans to build six new sound stages over the next five years.

Los Gatos, Calif.-based Netflix could see up to $4 million in New York state tax credits over 10 years contingent on following through on the promised jobs.

Just briefly:
Cheers: “Anomaly has regained the Johnnie Walker global creative account from 72andSunny,” Ad Age’s E.J. Schultz reports. Johnny Walker parent Diageo is consolidating the account, which had been run by 72andSunny globally but by Anomaly in the U.S.

Mueller time: Are you still trying to plow through the Mueller report? Are you a bit (or very) confused? New York Magazine serves up this helpful companion guide: “The Mueller Encyclopedia” (“An index of who’s who and what’s what to help make sense of the Mueller report”).

Spoiler alert: “Jeff Goodby’s secret to success: ‘Being open is what it’s about.’” The Goodby, Silverstein & Partners co-founder (and Zen master) is this week’s guest on the “Ad Lib” podcast, hosted by Ad Age Editor Brian Braiker.

And finally... Saturday is April 20, or 4/20, the unofficial holiday for fans of marijuana, which means we’re being bombarded with pot-related marketing stunts. As seen in the latest Ad Age Marketer’s Brief, as we noted yesterday, a Denver Carl’s Jr. restaurant is serving up a “Rocky Mountain High” burger infused with hemp-based CBD oil, and now Bloomberg reports that New York-based salad-and-sandwich chain Fresh&Co. is temporarily adding CBD-infused items to its menu, including a “half-baked salad” and a “blazed beet sandwich.” We’ll leave it to you to speculate whether or not those puns were conceived under the influence. Anyway, stay tuned to AdAge.com today for more news about 4/20, uh, buzz marketing.