The federal court battle reveals some behind-the-scenes details about how the two brewers are reacting to the ad battle. 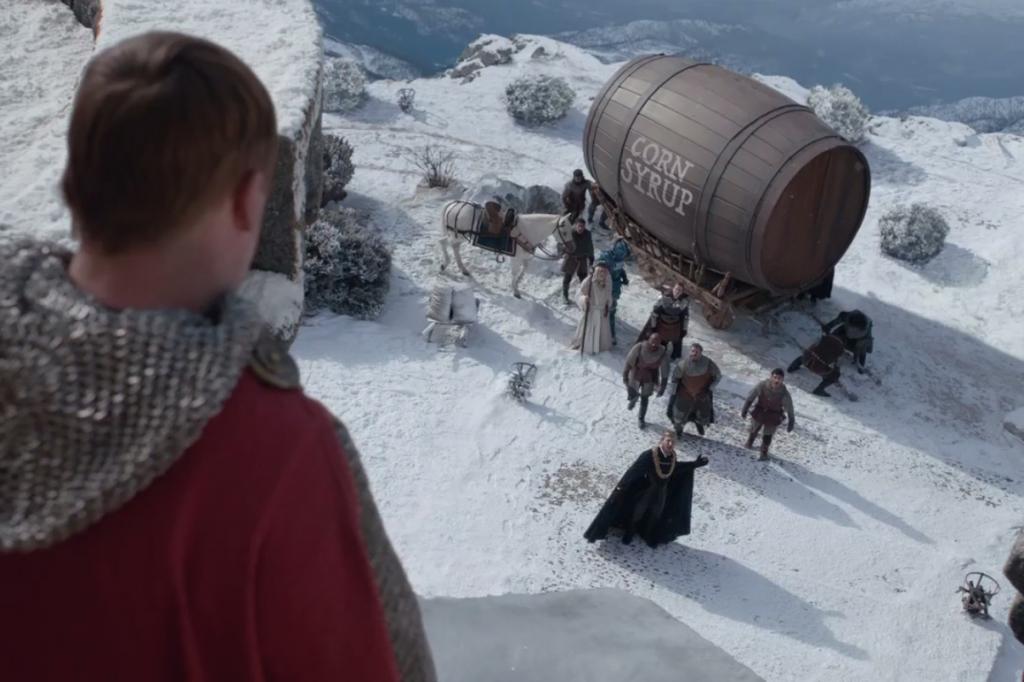 Scene from one of Bud Light's ads that mock Miller Lite and Coors Light for using corn syrup.

Anheuser-Busch InBev has fired back at MillerCoors in a new court filing, defending its corn syrup ads as truthful and accurate, while rejecting MillerCoors’ call for the ads to be stopped.

“Bud Light is telling consumers a simple truth: It does not include corn syrup as an ingredient; Miller Lite and Coors Light do use corn syrup. That’s transparency,” the brewer states.

The filing is a response to a lawsuit that MillerCoors filed in March in a federal court in Wisconsin in which it seeks a halt to "false and misleading" ad claims and "willful trademark dilution," saying that the ads have damaged the reputation of Miller Lite and Coors Light.

AB InBev’s filing asks that MillerCoors’ request for a preliminary injunction be denied.

In a statement Friday, MillerCoors said: “We are looking forward to making our case in court to stop Anheuser-Busch from confusing consumers by fear mongering over a common beer ingredient—one they actually use in a number of their own beers.”

The battle, dubbed “Corngate,” began when Bud Light ran three Super Bowl ads that called out Coors Light and Miller Lite for using corn syrup. Miller Lite and Coors Light both use corn syrup during the fermenting process, but MillerCoors says none of it ends up in the final product.

In its filing, AB InBev points out that MillerCoors has previously described corn syrup as an “ingredient” in Coors Light and Miller Lite, including on a website listing the nutritional data for all of its beers. “Corn syrup is no less an ingredient of MillerCoors’ beers than are barley and hops,” AB InBev’s filing states.

In its suit, MillerCoors accuses AB InBev of conflating corn syrup with the often-demonized high-fructose corn syrup. It cites a February report in trade publication Beer Business Daily, which, citing anonymous sources, alluded to private meetings that Bud Light VP Andy Goeler had with wholesalers in which he allegedly described how the brewer focus-grouped the ads and “found that consumers generally don't differentiate between high fructose corn syrup and corn syrup, and that it is a major triggering point in choosing brands to purchase, particularly among women.”

AB InBev does not address that claim in its filing. But in a separately filed affidavit, Goeler states that the Beer Business Daily report “includes a few sentences about things that were reported that I said, but provides no context or quotes of my remarks.”

In its filing, AB InBev states that “Bud Light has never disparaged corn syrup, suggested that corn syrup is ‘in the finished product,’ or even mentioned the words ‘high fructose corn syrup.’ Rather, building its campaign around its medieval theme allowed Bud Light to communicate the ingredients in a truthful and clear manner—but also in a whimsical, fantastical way.”

AB InBev also seeks to rebut MillerCoors’ claim that it was harmed by the ads by citing several public and private comments that MillerCoors execs have made in which they suggested that that Bud Light’s attack is actually helping Miller Lite and Coors Light. The filing cites a MillerCoors corporate blog post that touts positive market share trends for Coors Light and Miller Lite in the wake of Bud Light’s Super Bowl ads.

AB InBev’s filing also includes a text message exchange that occurred during the Super Bowl between Pete Marino, MillerCoors' chief public affairs and communications officer, and Gemma Hart, who was then the VP of communications in the U.S. for AB InBev. The private exchange, which Marino confirmed to Ad Age is accurate, shows him embracing Bud Light’s attack as it happened in real time. The back-and-forth, published in its entirety below, reveals the personal, but also somewhat fun-loving nature, of the battle between the nation’s two largest brewers.

Marino: Game on. Hope you are well.

Marino: We are always quick. We don’t have as many layers as you do. This is going to be a lot of fun. You gave us a gift in some ways so thank you.

Marino: Not sure what that means but I love this stuff.

Marino: [thumbs up emoji] See you on the battlefield.