Miller High Life updates its jingle and Lululemon gets into deodorant: Marketer’s Brief

Welcome to the latest edition of Marketer's Brief, a quick take on marketing news, moves and trends from Ad Age's reporters and editors. Send tips/suggestions to [email protected] and [email protected]

The “Champagne of Beers” goes indie-rock

In its quest for younger consumers—what the Miller Coors brand calls “more mature, slightly older millennials,” Miller High Life is out with a new jingle. The beer tapped Brooklyn-based indie rock group Jeremy & The Harlequins for a new song that sets the musical backdrop of two new 15-second commercials. The first ad, which promotes the brand’s bottle, debuted this month and the second will air beginning this summer. The campaign will include digital, social and out-of-home advertising as Miller High Life tries to make its “Champagne of Beers” tagline fit with consumers from all walks of life. The company is also holding more events, such as bartender appreciation evenings.

The beer “is the kind of brand that fits in the diviest of the dive bars just as well as it fits in the highest-end craft beer and craft cocktail bars in the country,” said Nigel Jones, marketing manager of Miller High Life, in a statement posted on the brand’s company blog.

Sweaty armpits and high-end yoga pants don’t, apparently, mix well together, so Lululemon is pushing its own brand of “Anti-Stink” deodorant. The new product is part of a line of self-care products the Canadian retailer announced this week at its first Analyst Day in five years. Also in the lineup--”Basic Balm” and “Sweat Reset Face Moisturizer.” The once-struggling brand has recovered its muscle and is in growth mode. Beyond self-care, it's  expanding into footwear, even as it grows its brand overseas. Lululemon expects total annual revenue growth to be in the low teens for the next five years. 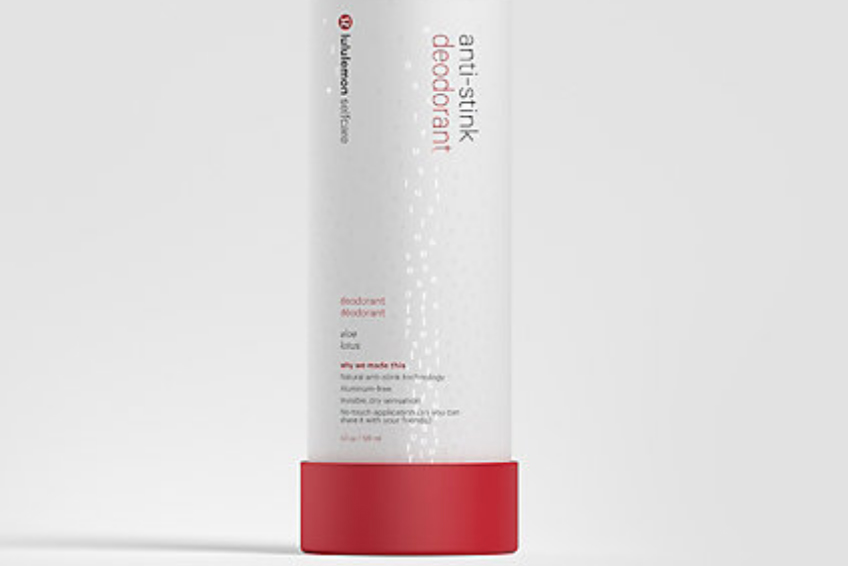 The dairy industry doesn’t like almond milk, soy milk, oat milk and other non-dairy drinks creeping into its business. In fact, many in the sector don’t think non-animal milks should be able to be marketed as milk. In September, the U.S. Food and Drug Administration asked people to weigh in on whether they understand the usage of words such as “milk” on plant-based products.

Now, a review of more than half of the publicly available comments to the FDA found 76 percent of submissions advocated for using dairy terms on non-dairy alternatives, while 13.5 percent favored keeping dairy terms for only dairy products. (The other 10.5 percent of the reviewed comments were deemed unclear.) The review, it must be pointed out, was commissioned by a trade group that supports the use of such wording, the Plant Based Foods Association. “These results send FDA officials a clear message: Do not restrict plant-based food companies from using words in the English language that consumers recognize and understand,” the association’s executive director, Michele Simon, said in a statement. The PBFA says Linkage Research & Consulting reviewed 7,061 of the 11,903 publicly-available comments.

On the heels of its appointment of Huge as creative agency-of-record in February, Realtor.com is out with a new campaign, its first from its new shop. The “Public Reality Announcement” campaign showcases how the dramatic and lavish lifestyles seen on reality TV are not actually, well, real. “By poking fun at these misconceptions, our campaign reinforces that people want and need real information and expertise during their home search,” said Andrew Strickman, head of brand and chief creative at Realtor.com, in a statement. “Real is in our name.”

Kohl’s is going all-in on its Amazon partnership, after the department-store chain first tested the initiative in a handful of stores two years ago. The program allows consumers to return their Amazon purchases to Kohl’s stores. The pilot had been available for 100 stores--that number is now increasing to all 1,150 Kohl’s locations in a clear “if you can’t beat them, join them” strategy. Kohl’s also recently expanded its Amazon product merchandise to more than 200 stores.

Minute Maid Smoothie Makers are the juice brand’s smoothie shortcut. The mixtures of water, sugar, and fruit purees and/or concentrates are meant to be blended with ice and other ingredients, such as yogurt, if desired. 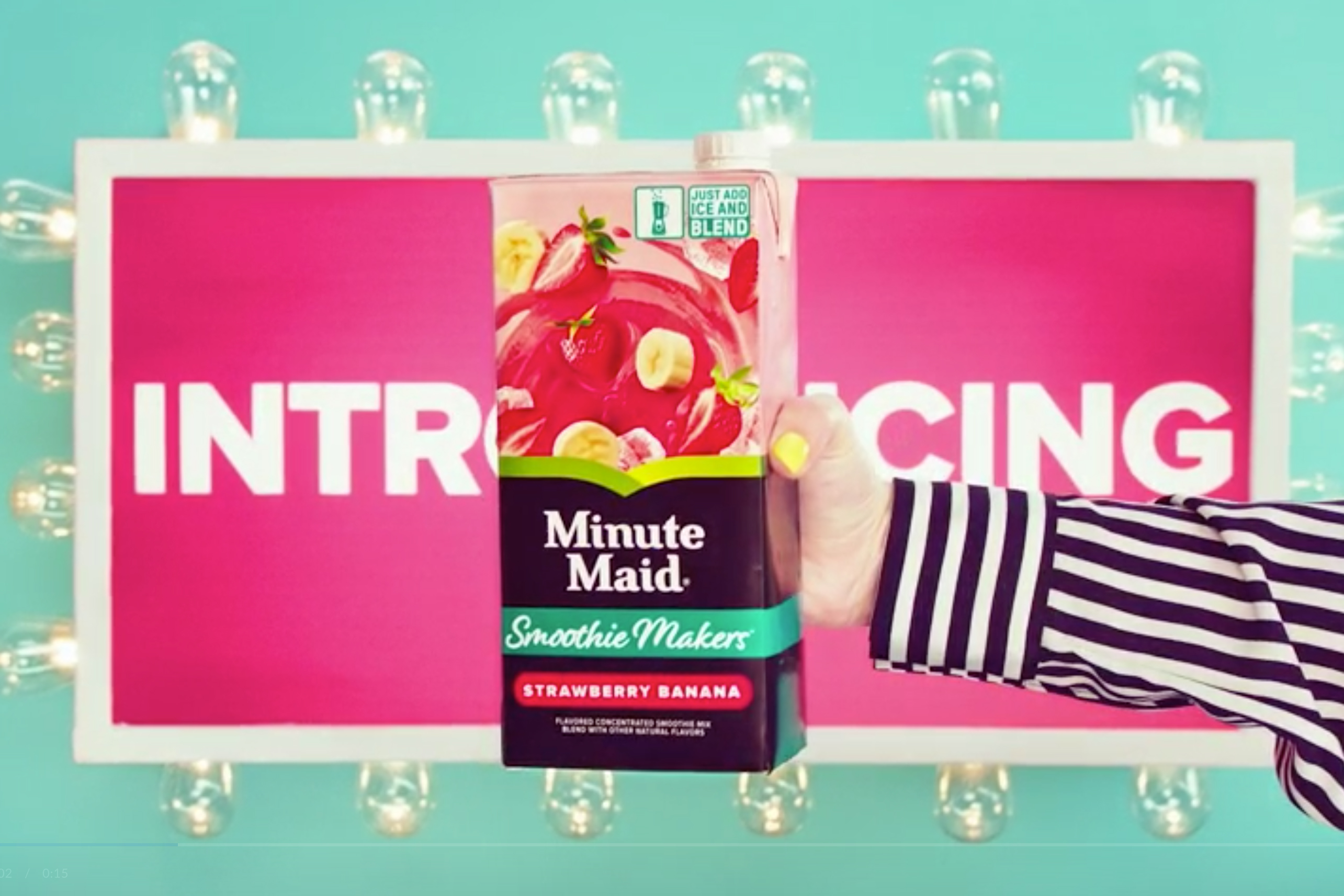 It has come to our attention that Skittles Commercial: The Broadway Musical is not eligible for a Tony Award. To say we are disappointed is an understatement. We heard @OlaySkin, another branded musical is petitioning this news. #TonyAwards https://t.co/7iBjWGUZoM

93 percent - The percentage of Kroger shoppers who bought Beyond Meat’s Beyond Burger and animal meat in the first six months of 2018, a figure the plant-based food company highlighted in IPO documents as evidence of “Beyond Meat’s appeal to meat-loving consumers.”

Craig Rowley was recently hired as the new chief marketing officer of Groupon. Rowley had been VP of marketing at REI, where he worked on the high-profile #OptOutside campaign.

Greg Guidotti is now general manager of Ferrara Candy Co.’s non-chocolate business, leading marketing for brands such as Lemonhead, Nerds and Sweetarts. Guidotti had been at Kraft Heinz since 2012, most recently as head of marketing on Oscar Mayer. Jess Vultaggio now has that role, Kraft Heinz says.

Menswear brand J. Hilburn has tapped its first chief marketing officer in Casey Shilling. She joins from Zoës Kitchen, where she was CMO.