Ad Age live-blogs from the final day of the Digital Content NewFronts.

We’re in the home stretch of the Digital Content NewFronts. We’ll start the day with Meredith in its first NewFronts presentation since selling off Fortune and Time. (In April, Meredith took Money magazine off the market and discontinued its print edition. Sports Illustrated is still up for sale.) The publisher will host two back-to-back presentations this morning at its offices in downtown New York City.

Target is presenting this afternoon. The big-box retailer, which is making its first foray into the NewFronts, has kept its plans hush-hush. On Wednesday, rival Walmart unveiled a new video ad network that it claims will reach half of U.S. households.

And capping the week is YouTube, which once again enters the NewFronts saddled with questions surrounding brand safety. This year the digital video platform found itself in hot water after it was discovered that sexual predators were leaving comments on some YouTube videos.

On the content side, it’s expected YouTube will focus less on costly originals and more on videos from its most popular stars. This year the company shifted away from its subscription strategy for original content and said it would offer originals for free.

Tiffany Haddish announces a new original show for her YouTube channel where she will be teaching things from cooking to gardening, intermixed with celebrities. “For a long time I’ve learned form YouTube, but from now on I’m going to be the one teaching,” says Haddish.

“We’ve renewed a show you’ve never heard of.” - every #Newfront

“I have a lot of love to share,” the singer says. “YouTube is important to me because it helps me show parts of who I am." Keys announces a new YouTube show called "Unhinge," which brings together "some of my friends and thought leaders and we do it in a really casual way.” Keys will be performing at the afterparty at Rockefeller Center.

And speaking of big stars, Justin Bieber will also have an original show (still unnamed) on the platform in 2020.

Johnson & Johnson it seems is well past the boycott it joined just two years ago over the proliferation of hate speech and extremism. CMO Alison Lewis says the company has increased its spend on the platform by 250 percent since 2015. It’s largest digital investment ever was a recent Listerine campaign it ran on YouTube for its Ready Tabs.

YouTube CEO Susan Wojcicki gave a nod to a partnership with Omnicom to measure how viewers watch the service. When Wojcicki mentioned Omnicom, cheers erupted louder than a gaggle of teen YouTube fans. “This is more about the research, OK,” Wojcicki joked, settling down the Omnicom folks. The research simply showed that there is “double-digit growth in watch time with content that connects people to personal interests,” Wojcicki says. Whooooooooo!

Brand safety is certainly the elephant in the room at YouTube's Brandcast, as the social media giant once again enters the NewFronts following another year filled with safety concerns. This included advertisers pausing their ads on the platform after comments from sexual predators appeared under videos featuring children.

CEO Susan Wojcicki vowed she and thousands of people at YouTube are "laser-focused" on fixing the problem. "I recognize that there is still work to be done, but we are committed to getting this right.” Over the last 18 months she says YouTube has launched a monitor desk, a transparency report and removed comments from sensitive content.

It’s that time of the year again! When ad people get to make pretend we are more important than we are #brandcast #YouTube pic.twitter.com/9bOT0QLQTL

Malcolm Galdwell appears onstage at the Digitas NewFronts and talks about the difference between podcasts and print: “The younger generations don’t make a distinction. They like a certain person and they’ll consume everything from that person.” 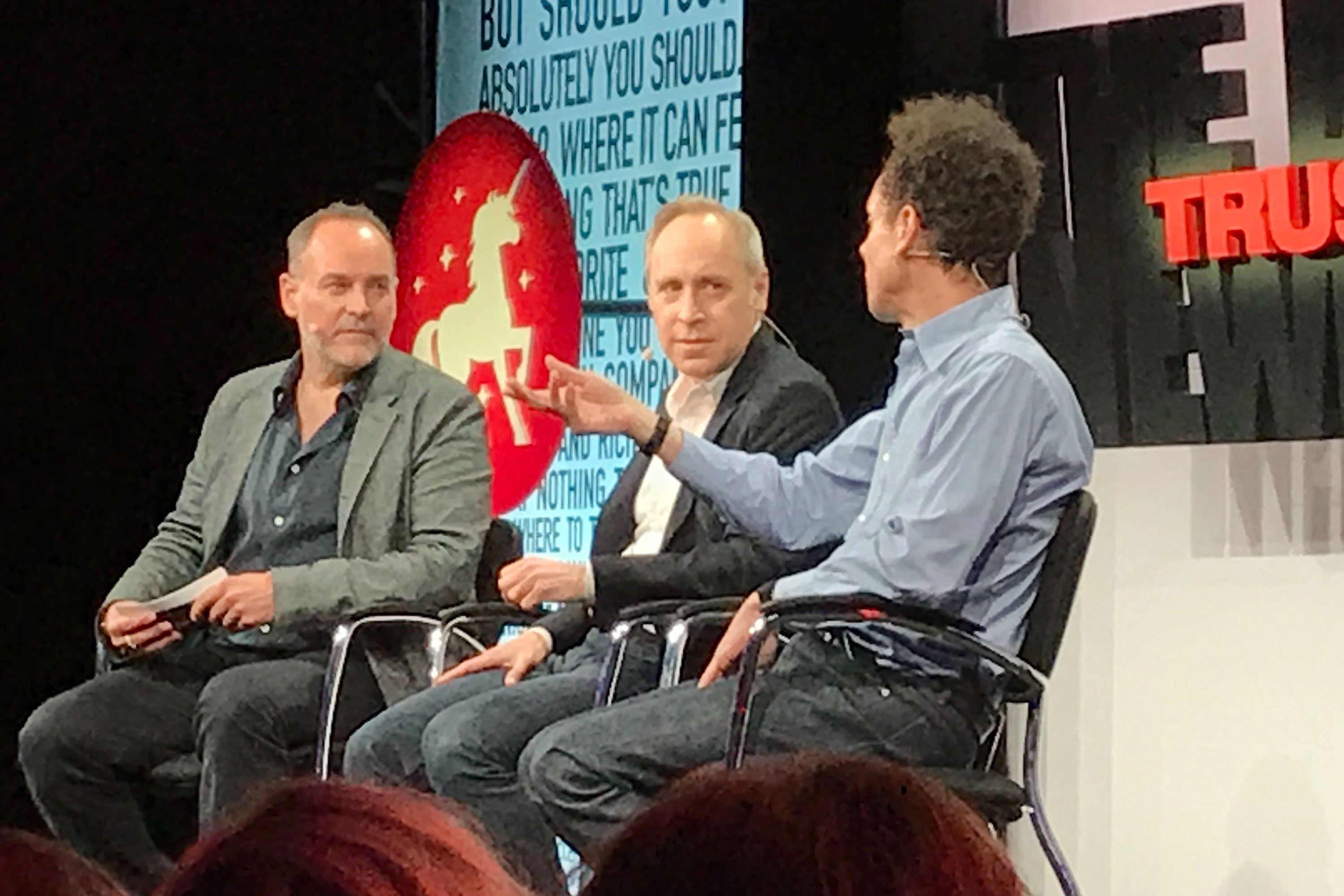 “It is risky. One of the things with the beauty mark was what if brands no longer wanted to work with us? Thankfully that didn’t happen,” Erin Condon, VP of Front Store and Omnichannel marketing at CVS, says during Digitas' presentation about being brave to launch its “Beauty Unaltered” tag. In January 2018, the company took a pledge to not uses beauty images that are airbrushed. Earlier this year it said 70 percent of the images it currently is using are compliant with that mission.

Digitas opens its “Trust Me” NewFronts with an act from an illusionist, who talks about the subtle art of misdirection and reframing truths, something he says is easy to do in this age where platforms spit information at us. It’s a creative opening for a presentation built around brand safety, fake news and consumer trust. —I.L.

The name Roundel, which Target announced is the rebranded version of its media network, is derived from the retailer’s iconic red bullseye, because, you know, it’s round. —A.P.

Target’s first-ever NewFronts presentation seemed like a golden opportunity for a cameo from Bullseye, the retailer’s well-loved canine mascot. After all, the pup has made visits at other Target New York events including Advertising Week and holiday extravaganzas. But Bullseye did not fly in from Minneapolis for Target’s Thursday event. Instead, the retail giant offered up a bevy of speakers including Shankar Vedantam, host of NPR’s “Hidden Brain” podcast, and Priya Parker, author of “The Art of Gathering: How We Meet and Why It Matters.” —A.P.

Instead of a traditional sit-down presentation, people can walk around and attend different “pop-up” talks in each corner of Target’s venue. Interesting concept and easier for networking, but it’s very loud in here #NewFronts

Meredith has a new partnership with #SeeHer, and all brands in the Meredith portfolio will have #SeeHer content, including a series called #SeeHerStory, an interview series with journalist Katie Couric. —I.L.

IGTV is a big focus for Meredith in 2019, with plans for 20 news series on the platform. People who follow Meredith properties open Instagram 30 times a day, the company says, and IGTV has generated 20 million views in the past three months already. —I.L.

Lyndsey Rodrigues is the host of PeopleTV’s new free reality TV show “Reality Check,” which launches on May 13 on People.com and IGTV. Reality TV is one of the three top areas, in addition to red carpets and covering the royals, that Meredith is focusing on for 2019. —I.L. 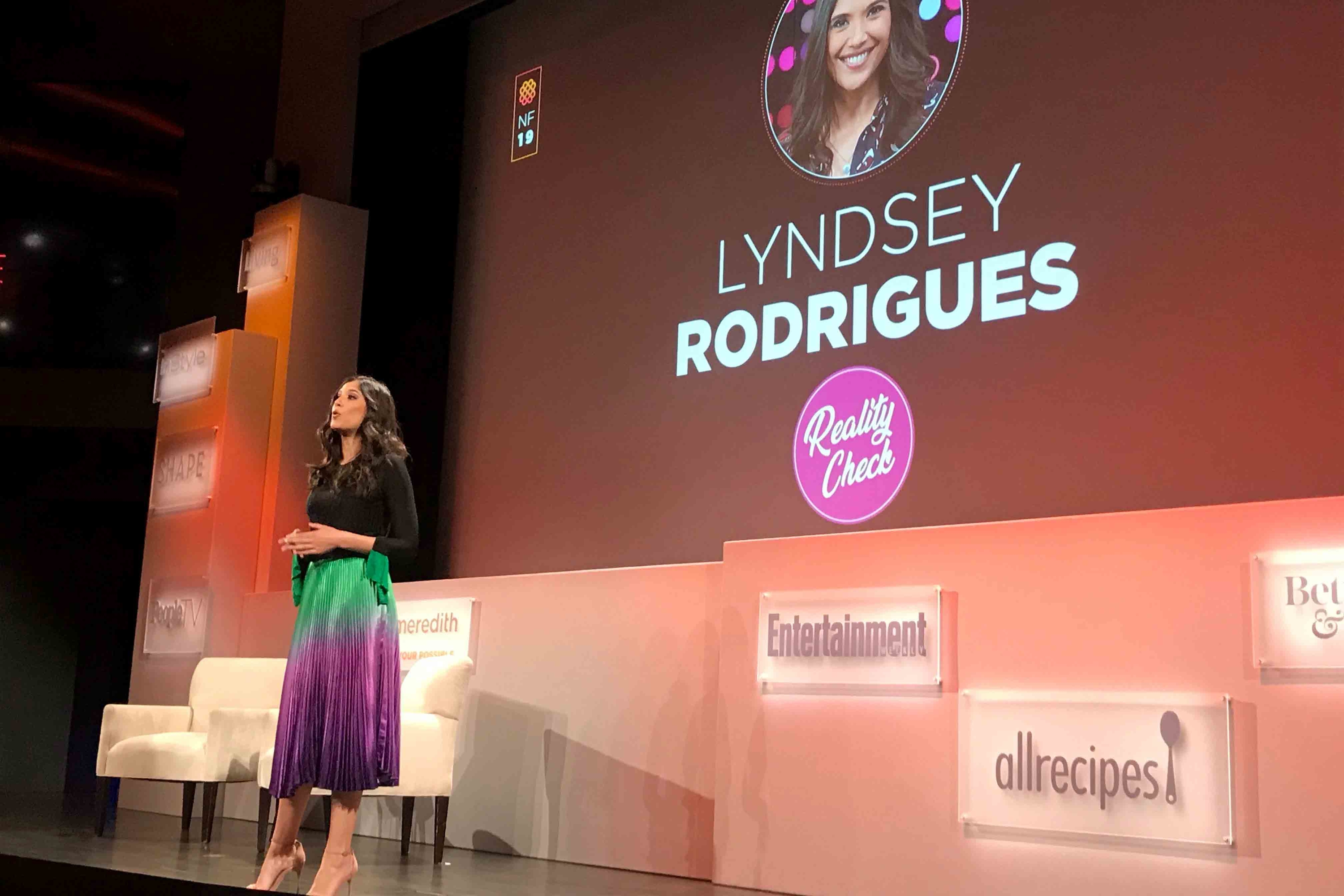 The Digital Content #Newfronts 2019 story in a nutshell: This was the year the entire world - brands, agencies, publishers, creators, influencers, consumers - recognized en masse that #avod, #ott, #streaming IS television, and it’s here and now. And everyone wants in. #iab

Attending #NewFronts all week. Meanwhile, on the #Netflix owned billboard in Times Square, an unending stream of high concept, A-list talent driven, new shows, dropping weekly. Only so much time in a day, less and less for interruptive ads. pic.twitter.com/jW7JoU7MiL