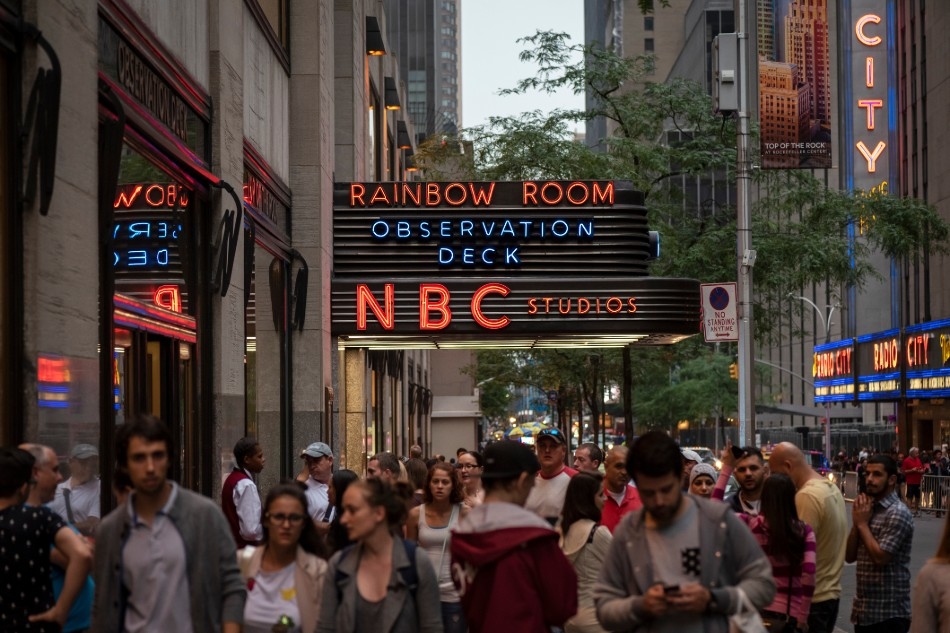 What people are talking about today
NBC Universal is trying something new. Called ShoppableTV, it's an advertising-meets-commerce offering for brands that lets consumers instantly buy products they see on their TV screens. Ad Age’s Adrianne Pasquarelli writes:

“Consumers are encouraged to hold their phone up to the TV screen during specific ‘shoppable’ moments that include a QR code, turn on the camera app and click a button. They’re then taken to the retailer’s website and the specific product page of the initial item.”

NBC has already been pitching marketers on the ShoppableTV offering, which will also appear on Bravo, Telemundo, E! and USA Network.

Playing devil’s advocate for a moment: This tech is supposed to ease the friction between discovering a product and buying it. Would figuring out how it works be a fun, futuristic-seeming novelty—or more of a barrier for the average TV viewer?

Exec shuffle
Kraft Heinz is already set to get a new CEO soon. And now the company’s top marketer is leaving too. Eduardo Luz, global brand officer and CMO, will depart at the end of this month, Ad Age’s Jessica Wohl reports. Like many big-food conglomerates with time-honored brands, Kraft Heinz has struggled to captivate consumers looking for healthier, fresher options; its troubles also raised questions about extreme cost-cutting measures pursued by its backers, 3G Capital. Kraft recently took a $15.4 billion charge to write down the value of some assets. Luz’s interim replacement is Adam Butler, Kraft’s president of beverages, snacks and desserts.

Meanwhile in Australia
Facebook is getting flak in Australia for banning a nonprofit’s ad campaign to raise money to fight breast cancer. Yes, this is apparently about female nudity (as is often the case).

BuzzFeed News reports that the ads supporting the Breast Cancer Network Australia “feature topless photos of breast cancer survivors in which they're covering themselves with baked goods. The campaign is a partnership with Australian bakery chain Bakers Delight, and all proceeds for sales of ‘Pink Fun Buns’ will go to the nonprofit. Last year, the efforts raised $1.6 million.”

Facebook often allows nudity in photos related to breast cancer education, such as how to check your breasts for lumps. "However, these specific ads do not contain any of these messages, rather it is a brand selling a product,” Facebook Australia and New Zealand spokesperson Antonia Sanda told BuzzFeed.

One counterargument here? All proceeds raised by the bakery go to a breast cancer nonprofit. And also, as one Facebook user commented, “how ridiculous considering what else seems to be acceptable on this site.”

Just briefly:
Never mind: “Mercedes-Benz recently pulled advertisements that say its new Sprinter vans are ‘Built in the USA’ after a consumer watchdog group questioned the claims and threatened to file a complaint with the Federal Trade Commission,” the Charleston, South Carolina Post and Courier reports. The vans are still mostly made in Germany, not at the company’s North Charleston plant, says the advocacy group, Truth in Advertising.

CBS: Today, ahead of the TV upfronts, CBS News “is set to make sweeping changes to its morning and evening anchor lineups in a roll of the programming dice that the network hopes can lure back a shrinking audience,” The New York Times writes.

Gutted: “The entire staff of The Times-Picayune in New Orleans is being laid off after the paper was sold on Thursday to The Advocate, a rival newspaper,” TheWrap writes. The layoffs hit 161 people. (Related: The Wall Street Journal has a deep dive on how “local newspapers are failing to make the digital transition larger players did—and are in danger of vanishing.”)

Trump on Twitter: “President Donald Trump criticized social media companies after Facebook banned a number of extremist figures, declaring that he was “monitoring and watching, closely!!” The Associated Press reports. Alex Jones and Louis Farrakhan were among those banned.

Blurred lines: Last week’s 2019 Digital Content NewFronts shared a lot of similarities with the TV Upfronts, in which TV networks show off their new shows and ad products to advertisers. And it may be a sign that digital publishers are maturing. Read more by Ad Age’s Jeanine Poggi.

ICYMI: “Every time you do something that stands out, you will be criticized by some,” says Burger King Global CMO Fernando Machado, responding to backlash about the brand’s “Real Meals” (including a “DGAF Meal”) acknowledging that people aren’t happy all the time. The joke is on McDonald’s Happy Meals, but since the campaign is for Mental Health Awareness Month, some people see it as trivializing depression. Read more by Ad Age’s Ann-Christine Diaz.

What we’re reading: “How ethical is it for advertisers to target your mood?” in The Guardian, which takes a look at the effectiveness of psychographic targeting. The New York Times and ESPN already doing it.

Ad of the day: A worn-out new mom sees a stylish chair on Amazon and imagines a glamorous new version of herself to go with it, complete with stilettos and leather pants. It’s one of a series of ads from Droga5 London in which “Amazon Prime users are transported from their humdrum lives when they find something they really love,” Ad Age’s Alexandra Jardine writes. The ads have great ‘80s soundtracks, too. Check them out here (the one about the guy imagining his new bed is pretty funny).

Also, more flak for Facebook (in Australia and from Trump)