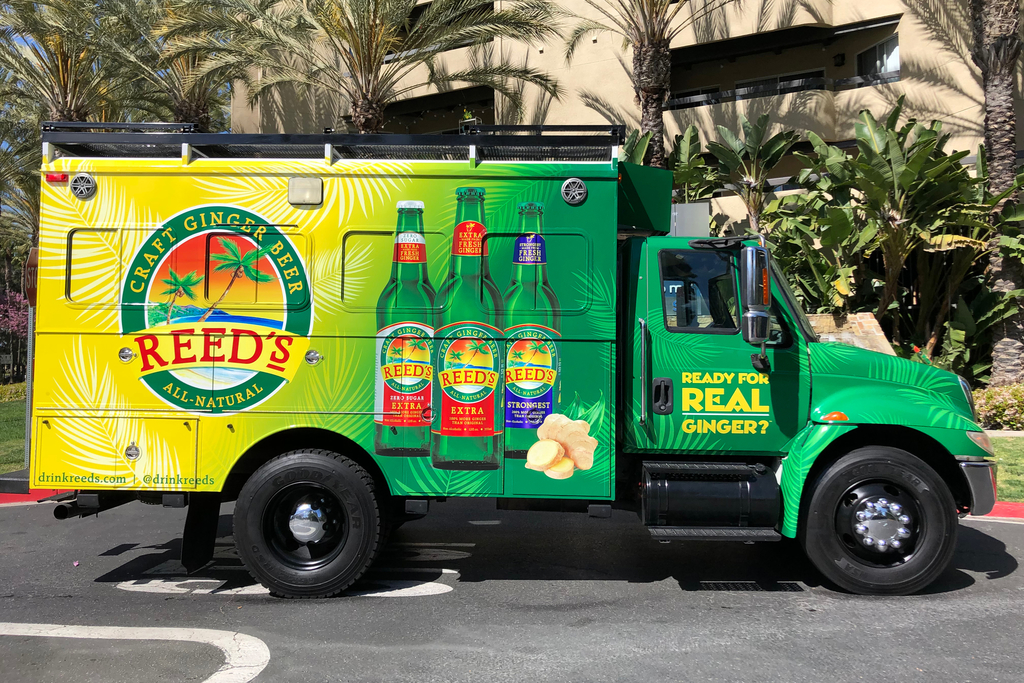 If you’re among the millions who have sipped ginger ale to soothe your stomach or for other purported health benefits, Reed’s Ginger Beer says you’ve been duped.

In its first major marketing push, the 30-year-old ginger beer brand is calling out ginger ale, and leading brand Canada Dry in particular, for not containing much ginger.

Posts proclaiming “Ginger Ale = Ginger Fail” and “Canada Dry fooled our moms!” are set to appear on social media beginning this week. Out-of-home ad plans include Times Square digital billboards on May 10 featuring lines such as “your mother was lied to.”

The “They Fooled Your Mom” campaign, which debuts ahead of Mother’s Day and the busy summer selling season, suggests moms are shocked to find out the ginger ale they thought had benefits turns out to have very little ginger. Canada Dry doesn’t list ginger as an ingredient, Reed’s points out in its marketing.

“Our vision at Reed’s is to be the next generation ginger beverage,” says Lindsay Martin, VP of marketing, Reed’s Inc. “We have the product to tell that story.”

Even though it leads the ginger beer category with market share of about 25 percent, Reed’s is tiny relative to the top ginger ale brands. As Reed’s points out, its ginger beer retail sales totaled $23.7 million in the year ended December 2, while Canada Dry rang up $577 million in sales and Schweppes ginger ale had $142 million.

Reed’s hopes to get more attention trying to steal share from the likes of Canada Dry rather than going after ginger beer rivals such as Gosling’s, Fever-Tree and Bundaberg.

“We went to where awareness is,” says Martin.

Reed’s and other ginger beer makers have benefitted from the popularity of mixed drinks that call for ginger beer, such as the Moscow Mule and Dark and Stormy. Now, after an overhaul that included adding new leadership and updating sales, distribution and packaging, Reed’s is ready to amp up its marketing.

The campaign was done with its agency, Gingerfish. A packaging update was handled by Rumble. In all, Reed’s is spending about $10.5 million on marketing and sales, which Martin says is double the size of last year’s budget.

“Canada Dry Ginger Ale has and will continue to be made using real ginger extract from ginger root, and there is no change to its formula,” parent company Keurig Dr Pepper said in a statement. “To avoid protracted litigation, we agreed to a negotiated settlement that will result in new labeling that continues to highlight the brand’s refreshing ginger flavor. We are currently evaluating those options, and revised labels will appear later this year.”

Reed’s marketing plan was heading in this direction before the settlement, says Martin.

Related Article
How Did the Moscow Mule Start? Smirnoff Has a Tale to Tell
E.J. Schultz
You Give Me Fever-Tree: Upstart British Mixer Becomes a Global Brand
Emma Hall
Inline Play