This is the latest effort by the Alphabet unit to jump-start a consumer hardware business that has struggled to compete with industry giants Apple and Samsung Electronics. 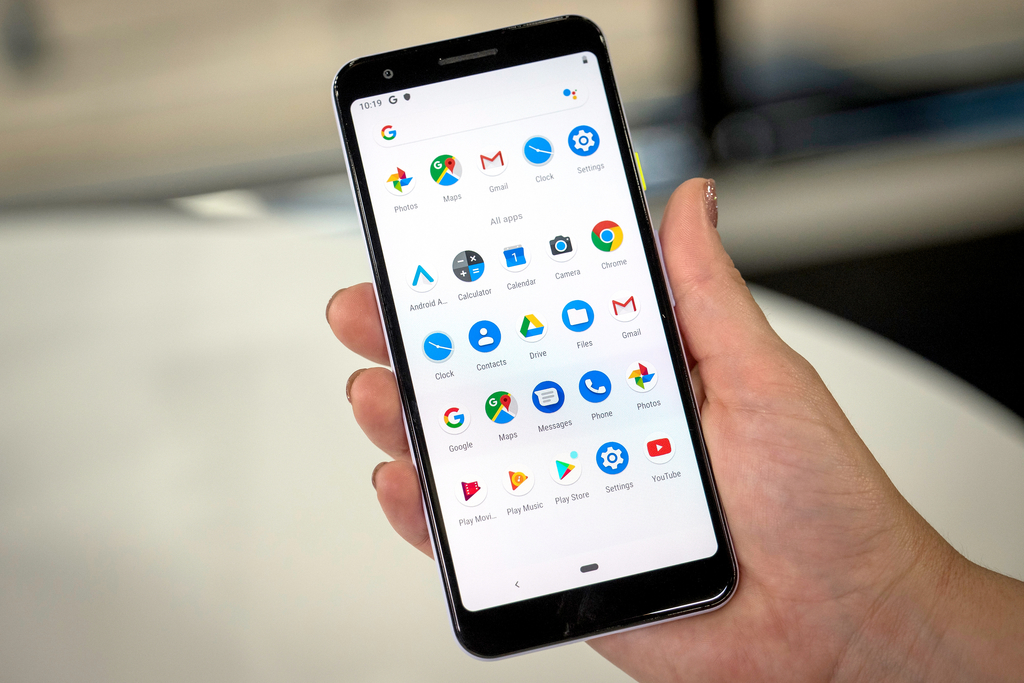 The Google Pixel 3a smartphone is displayed for a photograph in San Francisco, California, U.S., on Thursday, May 2, 2019. Slower processors and cheaper materials helped Google price the Pixel 3a with a 5.6-inch screen at $399. The larger Pixel 3a XL has a 6-inch screen and costs $479. That's roughly half the price of the company's existing Pixel phones, before recent discounts.

Google unveiled cheaper Pixel smartphones on Tuesday after the company’s line of premium handsets failed to sell in large numbers.

Slower processors and cheaper materials helped Google price the Pixel 3a with a 5.6-inch screen at $399. The larger Pixel 3a XL has a 6-inch screen and costs $479. That’s roughly half the price of the company’s existing Pixel phones, before recent discounts.

The search giant announced the new phones at its I/O conference in Mountain View, California, after previewing the devices to Bloomberg News a week earlier at its headquarters. This is the latest effort by the Alphabet Inc. unit to jump-start a consumer hardware business that has struggled to compete with industry giants Apple and Samsung Electronics Co.

Google unveiled a slew of other new technology on Tuesday, including updates to its digital assistant, increased privacy controls and a new smart speaker. The event was also disrupted by an airplane flying over the outdoor amphitheater to protest the company’s impact on local news.

Google executive Brian Rakowski said the cheaper devices are designed to fill in for people left behind by the rising price of many high-end phones. "We can adapt, and this is a good example," he added.

The 3a and 3a XL displays aren’t as advanced as those on the high-end Pixel smartphones. But in a test, the screens weren’t noticeably inferior. They look nearly identical to the current Pixel 3 line, save for a few key differences:

The new phones have a poly-carbonate back instead of glass or metal The handsets lack wireless charging The main processor is a slightly slower Qualcomm Snapdragon 670 processor (Google says it makes up for some of that with software) They have 64 gigabytes of storage, but lack the 128 gigabyte option of the more-expensive models There’s one camera on the front instead of two, which means Group Selfie mode isn’t available on these devices The Pixel Visual Core, a Google chip for processing photos, is missing. Google is replacing that with software that processes photos instead.

Still, the 3a line does include some new features:

Battery life is 30 hours, slightly more than the regular Pixel 3 There’s a headphone jack, so people don’t need to pay extra for wireless earbuds An augmented-reality feature for 3-D navigation in Google Maps is coming to the phone as a preview (it’ll come to other Pixels as well) The camera app gets a Time Lapse feature, which has been present on iPhones (other Pixels will get this too)

Some handsets from Apple and Samsung cost more than $1,000. Apple recently resorted to discounts and generous trade-in offers to revive iPhone sales.

The cheaper Pixel devices have been in the works for months and the launch wasn’t timed to coincide with Porat’s comments, according to Google. Rakowski said the lower-end line won’t just be a one-off release and said Google will keep launching high-end models as well.

The Pixel 3a line was primarily engineered by the HTC business that Google acquired for $1.1 billion last year. "They did the lion’s share of the work in Taiwan," Rakowski said. "This was the first one that they led from a hardware and software perspective."

In an effort to expand sales, Google is increasing U.S. carrier partnerships for its Pixel devices. T-Mobile, Sprint Corp., and U.S. Cellular Corp. are on board now, adding to an existing deal with Verizon Communications Inc. The phones also work on AT&T’s wireless network, but that carrier won’t sell or market them.