Revel in it or ignore it

Revel in it or ignore it. 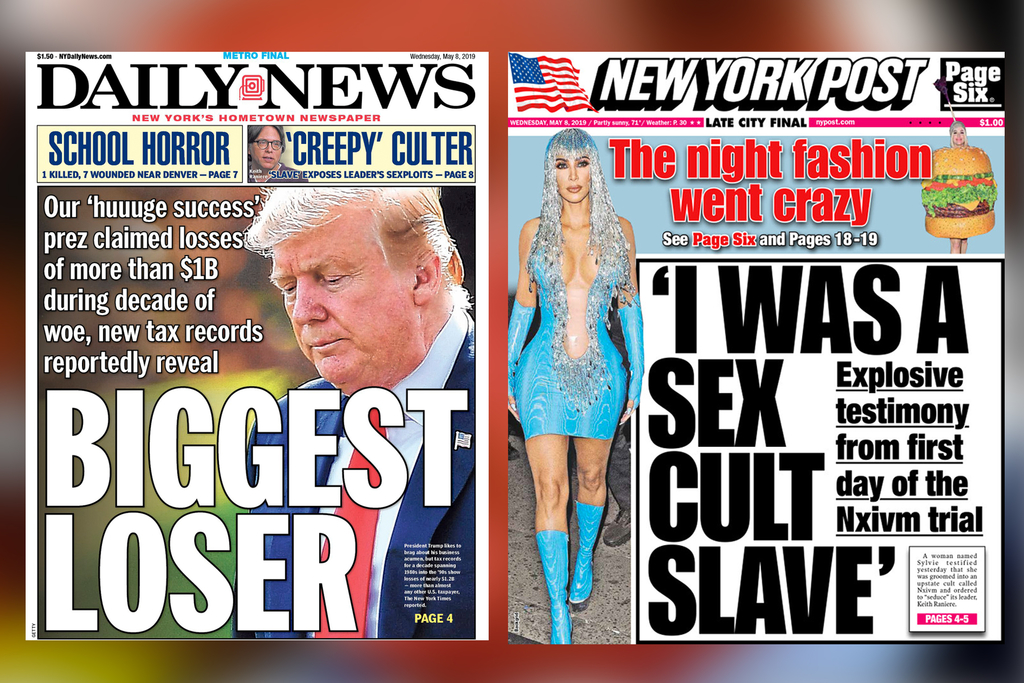 As part of our continuing media-about-media coverage, here's a quick look at the immediate aftermath of The New York Times’ investigation into Donald Trump’s tax situation, which is the top story on the paper’s front page this morning under the headline “Trump Tax Figures Show A Decade of Huge Losses.”

Released online last night with the alternate title “Decade in the Red: Trump Tax Figures Show Over $1 Billion in Business Losses,” it’s a rather breathtaking read. Keep in mind that the era examined—the Times’ Russ Buettner and Susanne Craig got their hands on Trump's official IRS tax transcripts for the years 1985 to 1994”—is when Trump was marketing himself as a business genius. His best-seller “The Art of the Deal” was published in 1987; Buettner and Craig point out that as the public was (literally) buying that narrative, Trump “was already in deep financial distress, losing tens of millions of dollars on troubled business deals.”

Year after year, Mr. Trump appears to have lost more money than nearly any other individual American taxpayer, The Times found when it compared his results with detailed information the I.R.S. compiles on an annual sampling of high-income earners. His core business losses in 1990 and 1991—more than $250 million each year—were more than double those of the nearest taxpayers in the I.R.S. information for those years.

So how is the media processing the Times bombshell? The neatest encapsulation of the general reaction comes in the form of this morning’s front pages from America’s leading tabloids (above). The left-leaning Daily News splashes the story on its cover with a headline, “Biggest Loser,” borrowed from Trump’s old reality TV milieu. Meanwhile, the right-leaning, Rupert Murdoch-controlled New York Post? It goes with the bold headline "I was a sex cult slave"—which, for the record, has nothing to do with Trump’s financial history—and doesn’t even give the tax story a secondary mention.

If you ignore it, it just goes away, right?