Walmart matches Amazon with one-day shipping on many items

Walmart Inc. wants to one-up Amazon.com Inc. in the fight for online shoppers

Walmart Inc. wants to one-up Amazon.com Inc. in the fight for online shoppers. 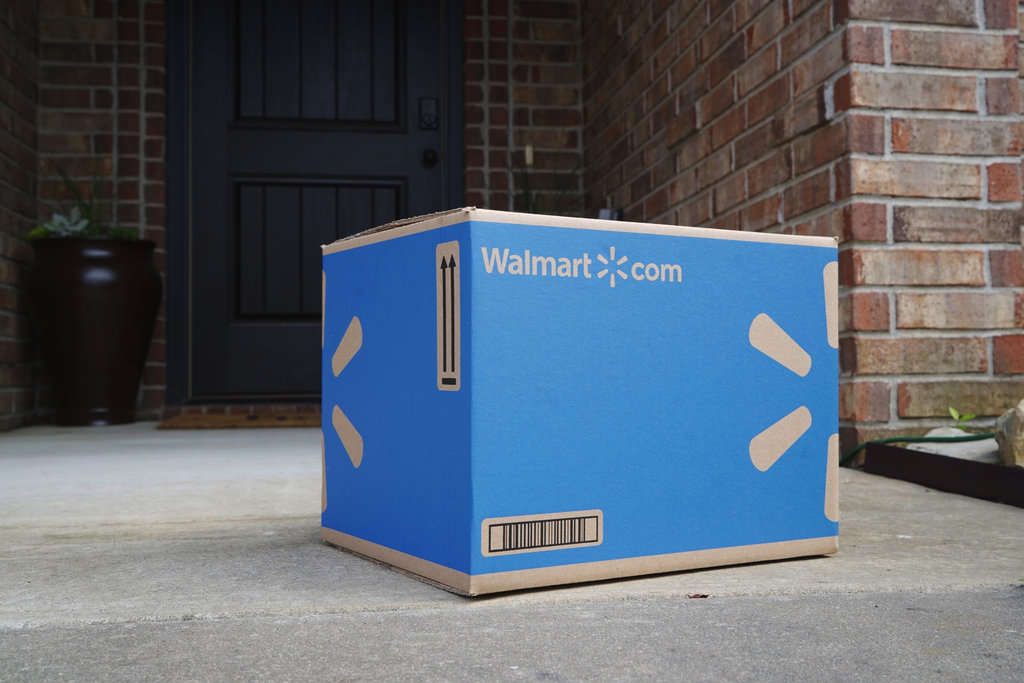 The world’s largest retailer is rolling out a next-day delivery service to counter Amazon’s recent move to speed shipment times for top customers to just one day from two.

Starting Tuesday, Walmart customers in Phoenix and Las Vegas who buy at least $35 worth of goods will get free one-day shipping. The offer, which Walmart had hinted was in the works and will be applied to as many as 220,000 items, will extend to Southern California in the coming days and will reach about three-quarters of the U.S. by the end of the year.

Unlike Amazon, which will spend $800 million this quarter to reduce delivery times, Walmart said its shift will actually cost the company less, since the items will typically come in just one box from a single warehouse that’s closest to the customer. Keeping a tight lid on expenses is paramount for Walmart, whose domestic e-commerce business isn’t profitable. The operation is forecast to lose more this year than it did in 2018.

“Anytime someone shops next day, it is guaranteed to cost us a lot less to ship,” Marc Lore, Walmart’s U.S. e-commerce chief, said in an interview. “We are not paying the carriers any more. That’s in contrast to online orders that come in multiple boxes from multiple locations, which can be quite costly.”

Lore declined to say whether the expected savings could help the online business get out of the red faster. Shares of Walmart, which is scheduled to report first-quarter results Thursday, rose 0.3% at 9:49 a.m. in New York on Tuesday, while Amazon fell 0.2%.

Available items
The next-day shipping applies to a broad range of merchandise -- up to twice the number of items found in a typical Walmart supercenter—and include Bounty paper towels, Gentle Giants dog food and store-branded diapers. Unlike Amazon’s one-day delivery, which is available for its Prime customers who pay an annual fee of $119, Walmart’s service will be available for most shoppers without a membership fee.

“The Walmart offer is affordable for consumers and Walmart alike,” Brandon Fletcher, an analyst at Sanford Bernstein, said in a note Tuesday. “This will just affirm Walmart’s survival for investors.”

Walmart’s goal of reaching three quarters of the U.S. would put it on par with Amazon, which can deliver at least next-day service to 72% of the U.S. population, according to a March note from RBC Capital Markets.

Walmart’s main website will feature a button that lets shoppers enter a separate page displaying the items eligible for the service. Everything in the cart must be eligible for NextDay delivery to qualify. Lore estimates that about half of all online orders will automatically qualify for next-day shipping, as the items eligible are those most commonly purchased.

The offer doesn’t apply to fresh and frozen food, which is operated separately and offers same-day home delivery for a fee.

Walmart will rely on its existing network of national and regional transportation companies to handle deliveries. For the past year, Amazon has offered to help entrepreneurs fund startup delivery businesses to expand its own logistics capacity, and this week the internet giant said it would extend the offer to its own employees as well. Walmart, meanwhile, has experimented with having its staffers make deliveries on their way home from their shifts.

Sucharita Kodali, an analyst at Forrester Research, said the success of Walmart’s next-day project will hinge on the selection being offered.

“The question is, how many people will want those items?” Kodali said by phone. “Is it a compelling enough assortment? If it is, that becomes attractive for shoppers, especially higher-income shoppers who don’t normally shop at Walmart.”

"Arms race"
Walmart has plowed billions into its e-commerce business to carve out a piece of the market where Amazon rakes in almost 50 cents of every dollar spent online. It has acquired new brands, revamped its website and built massive new distribution centers, like the 1.2 million-square-foot facility in Chino, California, that will be the first one employed for next-day shipments. The company wants to convince more of its in-store shoppers to buy online, because when they do they spend more than twice as much with the retailer.

Lore said the timing of the move wasn’t influenced by Amazon’s April announcement. “We’ve been working on this since I got here a couple years ago,” he said. Walmart began offering two-day shipping on orders of at least $35 at the end of January 2017, not long after it paid $3.3 billion for Lore’s e-commerce startup Jet.com.

That move, along with the addition of millions of new items and other enhancements, has helped Walmart post online revenue growth of more than 40% for the past three quarters. At an investor meeting last year, Lore told analysts that the company was “well positioned to dial up the delivery speed next year,” and claimed that the company could reach 87% of the country with overnight ground delivery through its existing warehouses.

Now, it just needs to deliver on that promise, Kantar Retail analyst Laura Kennedy said. “Online shoppers are very picky,” she said. “If they don’t execute well, there’s not a lot of room for error.”