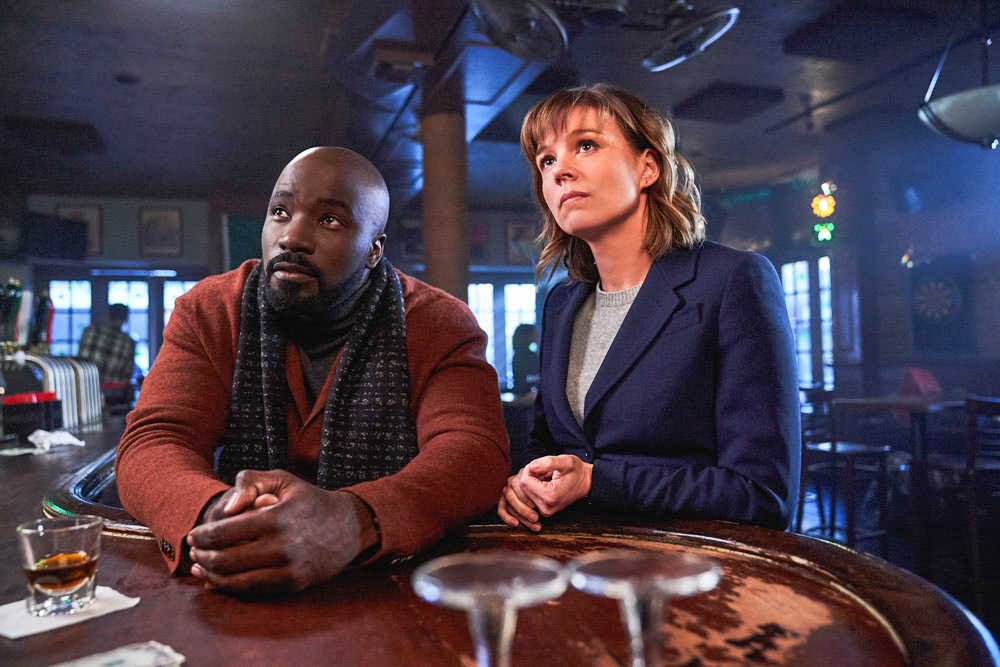 What exactly defines a hit on network TV has become significantly harder to deduce. It certainly isn’t the ratings, when you consider that this season 77 of the 114 general entertainment shows, or 68 percent, will end the year below a 1.0 rating. And with the Big Four broadcasters and The CW picking up a paltry number of new series for the 2019-2020 season, predicting which will rise to the top has become somewhat of a crapshoot. But we are going to try anyway.

Our educated guesses at which network shows will live beyond their freshman run, and which will flop:

Given the success of ABC’s “Black-ish” and its spin-off “Grown-ish” on Freeform, there’s at least some level of confidence that “Mixed-ish” will receive a warm reception. The comedy is based on the childhood of Rainbow Johnson (Tracee Ellis Ross), who at age 12 is forced to leave the commune where she grew up and enter the real world. This proves challenging for the child of a white father and black mother in the 1980’s. The big question is whether viewers have the appetite for yet another show in this franchise, but the trailer shown during the alphabet network’s presentation garnered some chuckles from the media buyers and advertisers in attendance (which is more than we can say for many other broadcast comedies).

NBC said it is renewing its focus on comedy for the 2019-2020 season as it prepares to launch its streaming service next year. But out of its batch of sitcoms, “Sunnyside” is the only one that appears to have some staying power. The show, which will air on Thursdays at 9:30 p.m., stars Kal Penn as a disgraces politician who becomes a champion for immigrants.

With “Prodigal Son” on Fox, producer Greg Berlanti will have 18 series airing on TV next season. It’s hard to bet against that track record. The show stars Tom Payne, whose character teams up with the NYPD to hunt for serial killers. Payne’s character deeply understands a murderer’s mind because his father, played by Michael Sheen, is a notorious serial killer known as “the Surgeon.” Sheen’s crazy eyes alone made me want to watch more.

The audience at Carnegie Hall erupted in applause after CBS screened the cut-down of “Evil,” its new drama from Robert and Michelle King, the duo who brought us “The Good Wife” and its spin-off “The Good Fight” on CBS All Access. A priest and a skeptical psychologist team up to take on demonic possession, resulting in at least one jump-out-of-your-seat moment.

While the name (complete with heart emoji) leaves something to be desired (and was cause for debate among journalists during CBS’ press breakfast), “Bob Hearts Abishola” looks very much like a comedy from the eye network. Not sure that’s exactly a compliment, but with Billy Gardell (“Mike & Molly”) starring, it’s likely we will see this comedy get a second season.

It also seems like CBS has the makings of a reliable hit with “Carol’s Second Act,” starring Patricia Heaton as a woman who, after getting a divorce, raising children and retiring from teaching, pursues her dream of becoming a doctor. Heaton, who spent nearly a decade on CBS in the sitcom “Everybody Loves Raymond,” is always a safe bet (plus my mom laughed out loud at the trailer, which means it has the middle-aged woman stamp of approval).

Given The CW’s penchant for renewing all of its new series, we are going to say it will do the same next year for freshman dramas “Batwoman,” “Nancy Drew” and “Katy Keene.” See the trailers here.

In recent years, it seems like NBC has been attempting to find success with two different genres of shows: one that pulls on the heartstrings, a la “This Is Us,” and another that incorporates pop music/musical theater. For the 2018-2019 season, it tried to recreate the reach-for-the-Kleenex moments of “This Is Us” with “The Village,” but that show is still on the bubble for a second-season pickup. So now it is looking to “Council of Dads,” a midseason replacement, to induce an hour of crying. Typically, a show like this would be right up my ally, but there’s only so much emotional manipulation we can take from the peacock.

For the 2019-2020 season, NBC has not one, but two, music-centric shows in “Perfect Harmony” and “Zoey’s Extraordinary Playlist.” The former’s tagline—“He needs them. They need a hymn”—is just as cringe-inducing as the trailer (Bradley Whitford stars as a music professor who is drafted to run a small-town church choir). While “Zoey’s Extraordinary Playlist,” with vibes of “Crazy Ex-Girlfriend,” seems to have a bit more potential, it risks being too campy.

It’s always a challenge to tell one legal show from another and we don’t even feel like trying. It’s unlikely NBC’s “Bluff City Law” and CBS’s “All Rise” will stand out.

And now, for cringe-worthy comedies. How’s this for the premise of a sitcom: man’s wife dies, he tries to move on with the help of his friends. That’s the storyline for “The Unicorn” on CBS. Didn’t CBS already learn people don’t like sitcoms where spouses die (a lesson it learned the hard way when it killed off the mom on “Kevin Can Wait”)?

It may seem unwise to count out Fran Drescher, but there was simply not one moment of the trailer for NBC’s “Indebted” that even prompted us to crack a smile, let alone chuckle.

The award for the most head-scratching concept of any new show this season goes to Fox’s “Not Just Me,” about a fertility doctor who uses his own sperm to father more than 100 children via artificial insemination. His daughter, played by Brittany Snow, forms a bond with two of these laboratory-conceived siblings.

After a week of presentations, we can barely remember the ABC thriller “Emergence” or “Stumptown,” based on the graphic novel of the same name, and we expect neither will viewers.

How we did last year
We accurately predicted “Magnum P.I.” would fit in well with CBS’ portfolio of reboots. Both “Last Man Standing” on Fox and “Brooklyn Nine-Nine” on NBC were renewed, as was “Single Parents” on ABC. We also nailed it with the drama “A Million Little Things,” which will return to ABC for a second season. “Charmed” was renewed on The CW, but in fairness, The CW renewed all of its freshman series.

As we expected, “Whiskey Cavalier,” a show with a name that was heavily mocked during last year’s upfronts, didn’t make it past the first season. We also got it right that “The Fix” would get lost on ABC and “Proven Innocent” would be cancelled on Fox.

Our biggest mistake was predicting NBC’s “New Amsterdam” would flop. Turns out it was one of the breakout hits of the fall.

We also got it wrong with CBS’ “Murphy Brown” reboot, which despite one of the most-hyped shows going into last season, didn’t get picked up for another season. We wrongly expected ABC’s “The Kids are Alright” would get renewed. We also thought NBC’s “The Village” would appeal to fans of “This Is Us,” but the peacock has yet to make a decision on the fate of the drama. And we still don’t quite understand how “The Cool Kids,” “The Neighborhood” and “God Friended Me” were all renewed on CBS.