Draftline works across all 42 of the brewer's U.S. brands

Anheuser-Busch has been quietly brewing its own U.S. creative in-house agency for the past year. 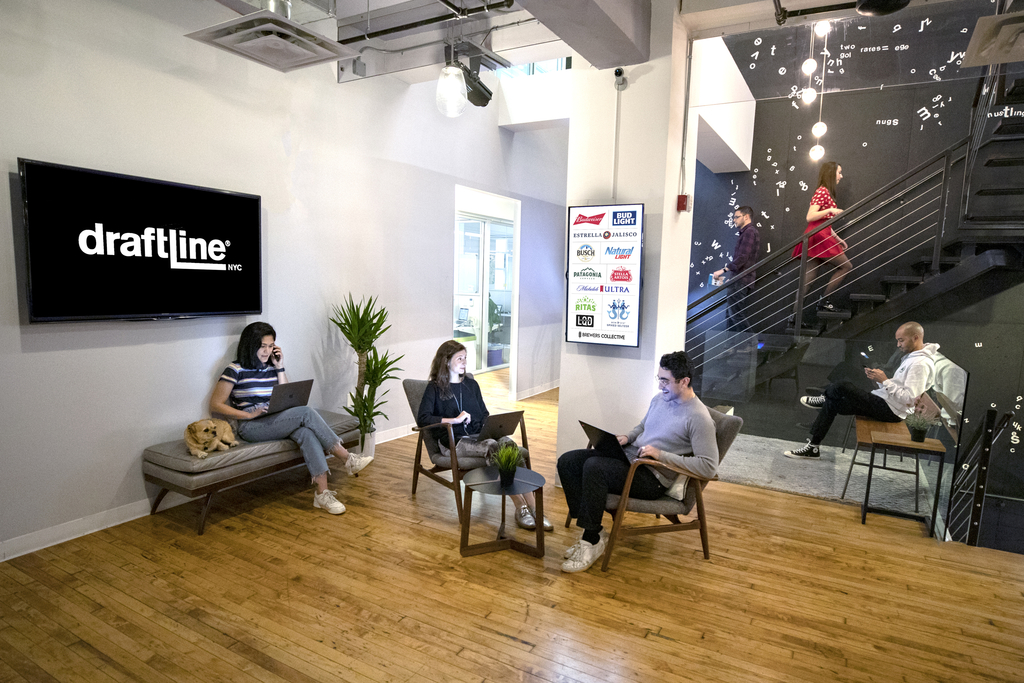 Anheuser-Busch InBev has been quietly brewing its own U.S. in-house agency for the past year. On Friday, the marketer is set to officially announce its launch.

Dubbed Draftline, the agency has grown since May 2018 from a digital and social agency working only on Michelob Ultra, to working across all 42 U.S. AB InBev brands, offering a range of services including TV production, packaging, out-of-home, radio, email marketing and data collection and fulfilling all programmatic media buying (which accounts for 10 percent of AB InBev’s media spend).

Along with working alongside external agencies for large brands like Bud Light, Budweiser and Michelob Ultra, it also handles the entire creative and media needs of new brands like Patagonia.

In-house shops in recent years have become a rising threat to external agencies as more marketers give them a try.  AB InBev U.S. Chief Marketing Officer Marcel Marcondes said by moving more creative and programmatic buying in house in the U.S., the brewer  can free up time and focus for the agencies brands continue to work with. “We’re not doing this to create competition, it’s to do more,” he said.

AB InBev currently works with over 50 ad agencies, including Wieden & Kennedy for Bud Light, FCB for Michelob Ultra and David and VaynerMedia for Budweiser. Marcondes said AB InBev is treating Draftline like any other agency it works with, meaning it has to pitch for business along with any other agencies invited to do so.

He said the the decision to launch Draftline came down to a desire to scale more personalized and localized marketing, connect consumer data to the creative work and have more agility when bringing advertising to audiences.

“We want performance to go beyond what we have been seeing in the past couple of years,” Marcondes said, sitting in a conference room at Anheuser-Busch InBev’s Manhattan office at 125 W 24th Street on Monday. “The more we grab consumer insights by data, the more we feel confident about what we need to say and which kind of products address the needs of consumers. This is the fuel for good creativity, that with agility, can take us to a better place.”

Draftline lives within the same building, a few floors below executive offices, in a coworking space operated by WeWork competitor Alley. Groups of creatives huddle into rooms designated for individual large brands such as Bud Light and Budweiser or categories of beers within the AB InBev portfolio, such as its craft brews. Marcondes said there are plans to move operations up a few floors into the AB InBev-owned offices in the coming year.

The agency needs the space. During the past year, Draftline has grown from a team of three to 55 employees, with some being transferred from within AB InBev, the majority being hired from agencies, and the rest coming from brands, production companies and TV networks. About 35 employees work on the creative side, with 20 people on media buying and data operations. “We now feel like we have something with enough critical mass to call a business,” said Marcondes.

Despite AB InBev officially launching its internal agency in the U.S., Draftline did not originate in the states. About a year and a half before the office started in New York, Draftline took off in Colombia and now has more than a hundred employees, and then spanned to Mexico. Marcondes said the company is planning on expanding Draftline further into international markets. An office in Toronto is in the works.

Joao Chueiri, VP of consumer connections and head of Draftline, said it’s important to still recognize that Draftline has capabilities that other agencies simply don’t. “If we treat Draftline as any other agency, then we lose,” he said, sitting next to Marcondes in the same conference room. “We know the brand better than anyone. We have strategic conversations and sit at the table and bring more value than just creativity. That’s why we’re here. Otherwise we’re just another agency.”

When Draftline does take work away from another agency, a conversation is had about the agency’s new scope of work. Chueiri, who previously worked as a marketing director at Nike for seven years on projects such as the 2016 Olympics and the 2014 FIFA World Cup, said that most of the time, Draftline does complimentary work on an existing campaign, like 10 different iterations of a Facebook post. Draftline recently created a TV spot for Natural Light’s existing campaign that helps people pay down college debt. It aired  in local markets during the Super Bowl. The most recent work – a TV spot for Busch Beer related to the brand’s millennial pink car – will come out this weekend.

“A lot of agencies are thankful because they understand they have the ability now to focus on the things that can really make a difference,” said Chueiri.

Not all of AB InBev’s creative agency partners believe in the success of Draftline, however, at least not for the long-term. An executive at an agency partner, who spoke on the condition of anonymity because of their relationship with the brand, said AB InBev is trying to cut corners and will sacrifice creativity at the end of the day.

“AB InBev cares about creativity only in as much as it helps their bottom line,” said this person. “Because creativity from truly talented people costs so much money, AB InBev is trying to find ways to beat that system, but what they don’t know is, you get what you pay for. For them to create a world-class organization, I would discount that. For them to create an average agency, I think they could do that very easily.”

It’s true there is no agency fee attached to Draftline. The only cost for AB InBev to run Draftline is supplies and employee salaries and fees. That becomes a clear incentive. “Without overhead, what the brand saves can become extra investment the brand can use on media or anything else,” said Chueiri.

Marcondes said it’s less about saving money, and more about having the ability to power creativity with consumer insights that the company otherwise wouldn’t be able to access and move on as quickly, especially at the local level.

“There’s a data intelligence with Draftline to track what kind of messaging better resonates with very granular consumer groups within the same city,” he said. “This is something we don’t get from our partners.”

When Draftline works on new brands, it is there from the beginning, crafting the messaging and creative before anything else is shown to audiences. Marcondes said using an internal agency to control the launches of new products is not only helpful when it comes to keeping news under wraps, but AB InBev can quickly adapt work based on initial consumer response. In the past year, Draftline’s innovation team, known as Apollo 11, has done all the creative and media buying for the U.S. launches of Patagonia and LQD, a line of hard green teas and coconut waters. It started by introducing prototypes in local markets before going national and creating quick images using CGI, eliminating the need to spend time scouting locations for photography shoots.

“It’s always hard to spend time with a key partner to create the chemistry and trust and relationship until the work starts to warm up and becomes cool and meaningful. So when we’re talking about a new brand, it’s even tougher,” said Marcondes. “It’s been very helpful to have it in-house because we know what we are talking about. The process becomes much faster.”

Draftline works across all 42 of the brewer's U.S. brands