Plus new talent at Stink, Anonymous, Saville and more 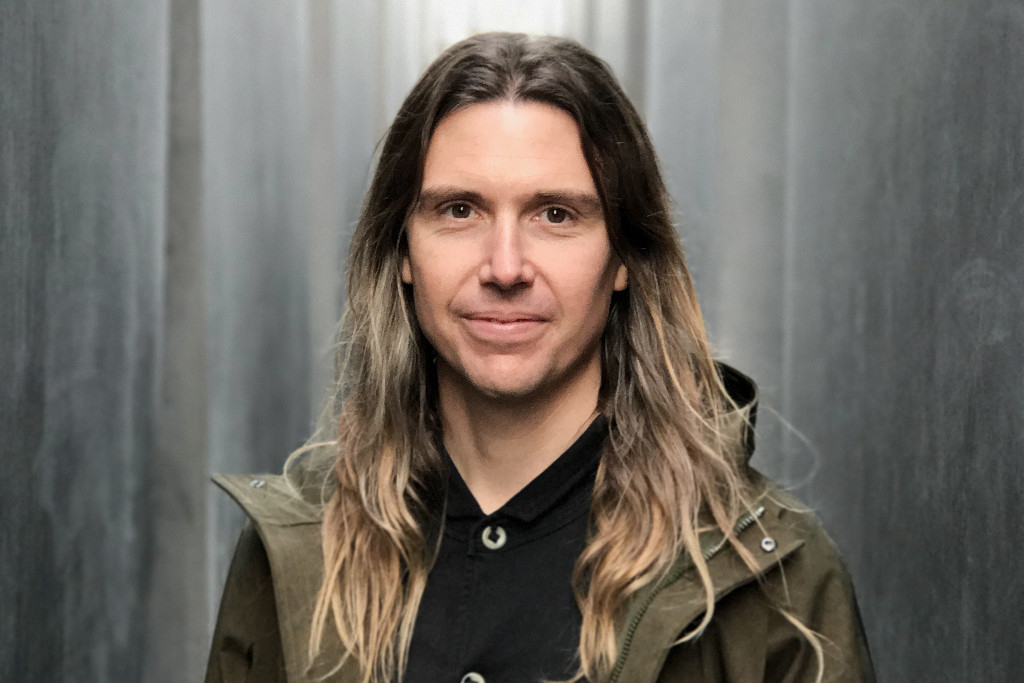 Director Ben Tricklebank, who won an Emmy in 2013 for his documentary film, “Clouds Over Cuba,” has signed with Furlined for representation. British-born Tricklebank came to directing from a background in design, as a multidisciplinary artist and director creating interactive films, virtual reality installations and digital experiences. He has helmed campaigns for the likes of Hennessy, Sony Bravia, Lexus, PlayStation and Mini Cooper. He was previously repped by Academy.

Stink Films has signed Slovakian filmmaker and director Adam Csoka Keller to its global roster. Their first work together is a short film, "The Rite,” in collaboration with the Royal Opera House and Nowness, which marks the 106th anniversary of Stravinsky’s “The Rite of Spring.” Csoka Keller’s previous work has earned him several awards and festival selections, including Best New Director at the Fashion Film Festival Milano 2017 and L.A. Fashion Film Festival 2018, the Fringe Queer Film Fest in London, Shanghai Queer Film Festival and more. He has worked with the curators of Kunsthalle Basel for the last three years to create exhibition trailers to highlight their main show before Art Basel.

Anonymous Content has signed Danish director Rune Milton for commercial representation in North America, as well as for film and television literary management. Milton’s work includes campaigns for global brands Nike, Toyota, McDonald’s, Carlsberg and Ikea. Currently based in Copenhagen, Milton began his career as an editor for the Danish online agency Framfab in 2006, helping create award-winning content for Nike, including Nike Football’s “The Chain” campaign and the Nike spot “The Perfect Kick.” After a creative position at Danish agency HjaltelinStahl he turned to directing.

Executive Producer Ron Cicero has opened Invader, a new L.A.-based production company with a slate of filmmakers that includes Andy Fisher, David Edwards, Christina Burchard and the directing team LGI Collective, of which Cicero is a member. The roster has worked across multiple disciplines: Burchard was an editor on the Oscar-winning documentary “Citizenfour;” Fisher, who was previously at Caviar, was nominated for an Emmy for directing the “Jimmy Kimmel Sucks” episode of the ABC late-night show; and LGI Collective directors Cicero and Kimo Easterwood have just completed the feature-length documentary, “Happy Happy Joy Joy: The Ren & Stimpy Story.” Edwards recently directed a spot for Pepsi in the U.K., where he is represented by Another Film Company.

Director Todd Heyman has joined Rodeo Show for U.S. commercial representation. Heyman has collaborated with brands such as Nike, Coke, AAMCO, The U.S. Army, Motorola, Marathon and more. His first short film as writer/director was a finalist at the Tribeca Film Festival and went on to be picked up for distribution by HBO. His commercial work has won Cannes Lions, Webbys and multiple film festival audience awards.

Chromista has added Eddie Alcazar and The Roosens to its director roster for exclusive representation in the U.S. Alcazar recently completed his new thriller “Perfect,” executive produced by Steven Soderbergh. The Roosens, brothers Jan and Raf, have worked with brands including KFC, Samsung, and McDonald’s. Their second short film “Copain” was an official selection at the Cannes Film Festival.

Nonfiction Unlimited has signed documentary director and journalist David Freid for his first global representation in the commercial, branded entertainment and digital space. Freid has directed more than 50 documentary short films in more than 40 countries. He has contributed to National Geographic, NBC, The New York Times, Vanity Fair, The Atlantic and Vice.  Most recently, he was the founding director for online content magazine Mel Films.

Editor Jake Armstrong has joined the New York roster of Whitehouse Post. Armstrong has collaborated on work for brands including Canon, Toyota, Sony, Tanqueray, GQ and VW, with agencies such as AMV BBDO, Ogilvy, Adam & Eve/DDB, Saatchi & Saatchi and Wieden & Kennedy. He won a Gold for Best New Editor at the Kinsale Shark Awards in 2018.

1stAveMachine London has promoted Kerry Smart to managing director, replacing Isabella Parish who has moved on to pursue other interests. Smart joined the mixed media production company three years ago as head of production and she has worked on projects for Stella Artois, Samsung, Ikea, Jaguar, Bose and Huawei. She began her career at Academy Films and then spent five years as a freelance producer working with production companies such as Prettybird, Independent, Caviar and Blink.

Senior editor Rebecca Luff has joined Cut+Run in London. Her recent work includes the latest Walkers spot featuring the Spice Girls, directed by MJ Delaney for AMV BBDO. She has worked across commercials for brands including VW, Lloyds, Waitrose and Samsung, as well as short films, music videos and installations.

NYC-based indie film and content studio Bindery has hired Jason Goldman as producer. Prior to Bindery, Goldman was previously at Brooklyn-based production and entertainment company Public Record, where he produced a short documentary, “Sidelined,” that premiered at the 2018 Tribeca Film Festival. He has worked with brands such as IBM, Samsung, L'Oreal, Prada and Uniqlo.

Toronto-based Rooster Post has appointed Alanna Homuth as producer. Homuth began her career in post production seven years ago when she joined Alter Ego. She has worked on both color and online projects for Tim Horton’s, Shoppers Drug Mart, The Keg, Loblaws and more.

Plus new talent at Stink, Anonymous, Saville and more