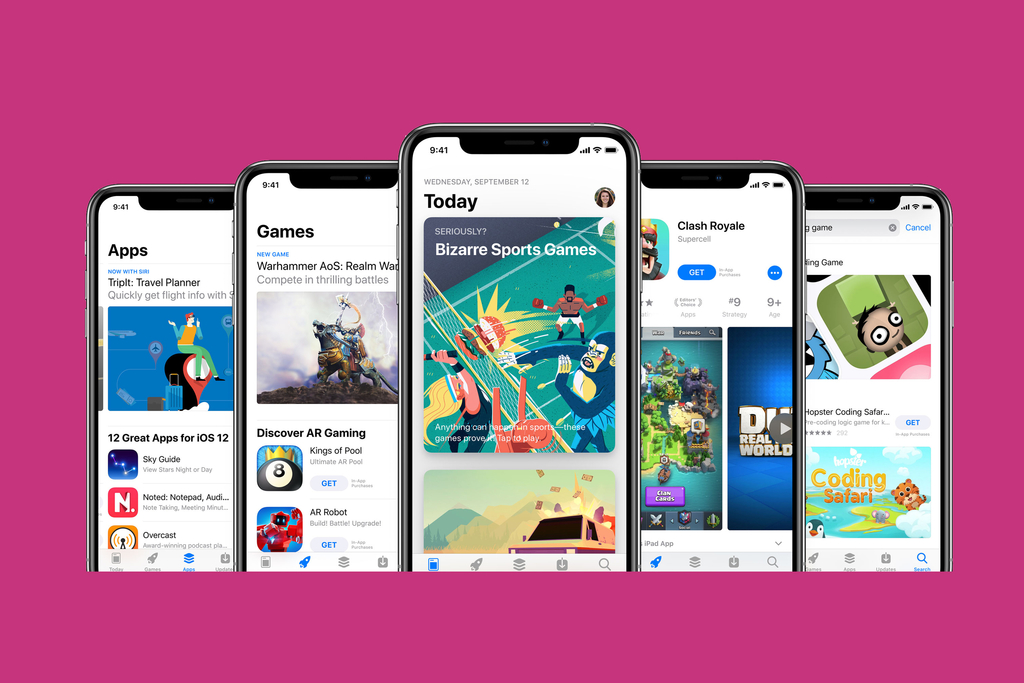 The start of broad government antitrust investigations into the U.S. technology industry has revived questions about Apple Inc. and Google’s dominance of app stores and the fees they charge to developers.

U.S. enforcement agencies recently split oversight of the largest U.S. tech companies, with the Justice Department focusing on Apple and Alphabet Inc.’s Google, according to people familiar with the matter.

The government hasn’t said why it’s grouping Apple and Google under Justice, or how it might apply antitrust law to their businesses. But a lawsuit filed Tuesday underscored growing developer ire over app stores, the vast digital bazaars showcasing millions of games, productivity tools and other software available for download onto handheld devices.

Apple and Google have disparate main businesses, but they run the world’s two biggest app stores. More than $100 billion was spent through these digital marketplaces last year. Apple’s App Store handled 45 percent of that, while Google accounted for 25 percent. In the U.S., the two control more than 95 percent of all mobile app spending by consumers, according to Sensor Tower data.

This power means most developers must work with Apple and Google if they want to reach billions of smartphone users as customers. The companies take as much as 30 percent of app sales, creating highly profitable businesses—but also a rising chorus of critics who see an exploitative duopoly.

“Developers and users have been hurt by this. Simply lowering their cut could spur all types of new apps and business opportunities," said the creator of a weather app at Apple’s annual developer conference in Silicon Valley on Tuesday. "I personally have an app idea that isn’t feasible because of this 30 percent tax."

The person asked not to be identified discussing such a sensitive topic. But others feel the same way. The developer of an iPhone app for customized basketball workouts and another developer who built a baby naming app sued Apple on Tuesday, claiming the company’s App Store suppresses competition.

Apple and Google didn’t respond to requests for comment on Tuesday. However, the companies have been preparing to defend themselves against any new antitrust scrutiny. Apple recently added a new section to its website to highlight benefits the App Store provides to developers.

Google and Apple have also highlighted their ability to filter out fake apps and malicious software, and to distribute apps widely. The companies handle identity and payment details, taking friction out of the sign-up process. Promotion inside their app stores can transform a company’s fortunes overnight.

That may not be enough to avoid a U.S. antitrust investigation into these businesses. While the Justice Department hasn’t commented, that agency’s focus on Google and Apple has already sparked concern among some Wall Street analysts.

"The DOJ grouping Google and Apple together may indicate the app model is a risk," Ben Schachter, an analyst at Macquarie, wrote in a note to investors. "We have long argued that app store fees are at risk for legal or regulatory remedies (as well as competitive)."

Elizabeth Warren, the Democratic senator from Massachusetts and presidential candidate, said in March that the App Store should be separated from the rest of Apple because the company’s own apps compete with those of outside developers. "If you run a platform where others come to sell, then you don’t get to sell your own items on the platform," she told The Verge.

One reason developers still pay so much to Apple and Google is that it’s very hard for competing app stores to succeed—so there’s little competition, especially in the U.S.

The two companies control most smartphones through their iOS and Android operating systems. Apple doesn’t allow other app stores on its platform. Google does, but the internet giant has complex agreements with Android phone manufacturers that require these partners to preinstall its Play store. European antitrust regulators recently forced Google to end this practice, but the deals are still in effect in the U.S.

The result: Apple and Google’s developer fees have remained stubbornly high. As apps have become more important economically, criticism has mounted, with some developers complaining loudly about an app store "tax."

One example of competition lowering fees on developers comes from another part of the tech industry that Apple and Google don’t dominate: the market for video games on personal computers.

Valve Corp. runs Steam, one of the most popular stores for downloading PC video games. It has traditionally taken about 30 percent of revenue from game sales and related transactions. But a rival called Epic Games recently introduced a competing store that will only take 12 percent of revenue.

"There’s not the same pressure on Apple that there is with, for example, the Epic Games Store vs Steam," said calculator app developer James Thomson. "If Google Play cut their fee, Apple might do the same, but I’m sure they are both happy with 30 percent. I’d like to get more, obviously, I just don’t see it happening in the current marketplace."