Including Nike, Visa and Qatar Airways

Including Nike, Visa and Qatar Airways. 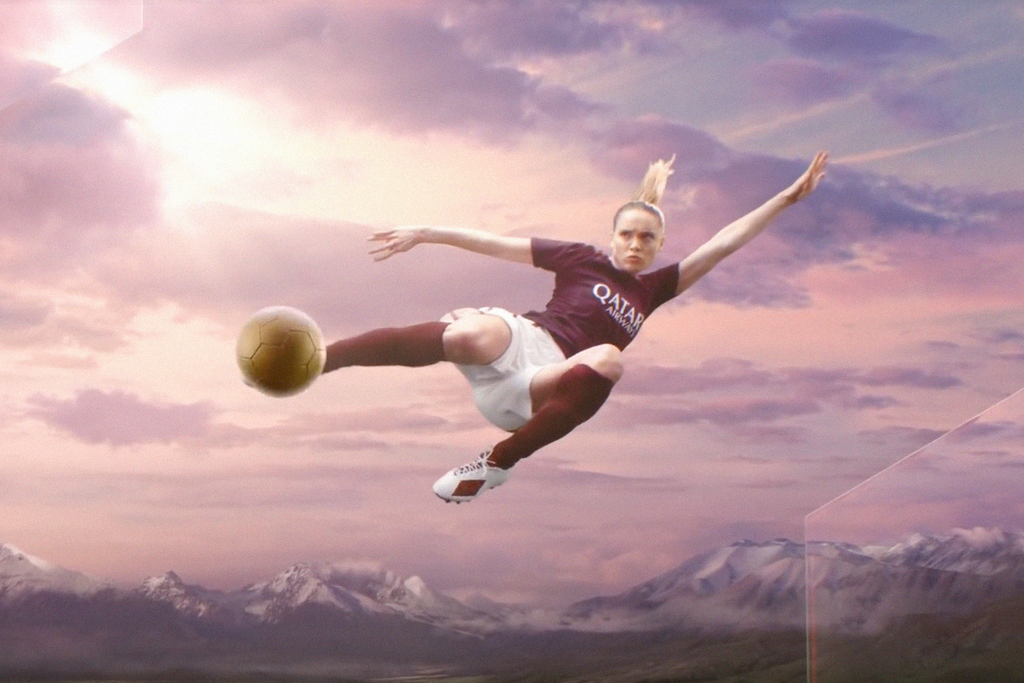 Interest in the Women’s World Cup has been surging in recent years. The last championship tournament in 2015 garnered 750 million viewers worldwide, and FIFA is predicting this year’s event, which starts tomorrow and runs through July 7, is expected to reach an audience of 1 billion—a number that may be bolstered by the fact that the United States, a key demographic in any international sporting event, is the defending champ.

In the past 90 days, hundreds of branded videos with content related to the Women’s World Cup have been published online, racking up a combined total of 72 million views across all social media platforms, according to video measurement company Tubular.

With big-budget ads from the likes of Nike and visually compelling videos by FIFA sponsors including Qatar Airways and Visa, marketers have been accumulating millions of interactions (including likes and shares) and going viral in the process.

Of the 850-plus women’s-soccer-themed videos produced by companies in the weeks leading up to the Women’s World Cup, here are six that are getting major buzz across social platforms, according to Tubular:

The upbeat ad’s progression follows 10-year-old soccer player Makena Cooke as she navigates the world of professional women’s soccer alongside many of the sport’s most famous contemporary players, jumping from the field to the locker room, before concluding with the tagline: “Don’t change your dream. Change the world.” Read more about it from Ad Age’s Alexandra Jardine here.

On Twitter, the video has racked up more than 19 million views since it was first posted to Nike’s official account on Saturday.

Opening with a mother reading her daughter an ethereal bedtime story under a sheet, the narrator invites you to visit a world “where football reigns and thousands come from far and wide,” as sweeping, digitally-created landscape shots widen to show 50-foot-tall players kick and volley golden soccer balls above cheering fans from the upcoming tournament’s participating nations.

As a ball kicked by a giant soccer player transforms into fireworks bursting above a mountaintop stadium, the shot is pulled back to reveal the same mother and daughter fast asleep in a pair of first class lie-flat seats onboard a soaring Qatar Airways jet.

Since being posted to YouTube by the airline last month in the lead-up to the Women’s World Cup, the video has accumulated 6.3 million views.

This video, complementary to Qatar Airways’ “Newest Destination” ad, serves up a behind-the-scenes look at the CGI that went into making its signature new video.

Starring British filmmaker Ben Scott, who directed the new Qatar Airways’ spot, this video warps perspective and shows how the effects in “Newest Destination” were achieved with various sound stages, green-screens and graphic design programs. “It’s a highly technical shoot,” Scott says in the ad. “But I think Qatar Airways always likes to push the boundaries.”

'One Moment Can Change the Game' by Visa

From official FIFA sponsor Visa and creative agency Saatchi & Saatchi, this ad is a celebration of women’s soccer and the power of sports as a whole.

From a father buying his young daughter a pair of cleats to a packed stadium cheering on a women’s soccer team, the ad offers scenes highlighting the universality of soccer and its ability to connect people regardless of gender.

The video racked up the most views with its dual English- and Spanish-language versions, clocking in with over 8 million combined views on Visa UK and Visa Colombia’s Twitter accounts.

This brief 15-second ad, translated as “Visa takes you to the 2019 Women’s World Cup” in English, features a lone female soccer player on a field skillfully bouncing a ball between her feet as a narrator reads a script from the payment services company’s Colombian arm.

With nearly 3 million views on YouTube, Visa Colombia’s video is one of the most popular Spanish-language ads related to the Women’s World Cup.

'We don’t have balls, but we know how to use them' by the German women’s soccer team

Produced in German with English subtitles, the fast-paced video opens with members of the national women’s team asking you, the viewer, if you know their names.

“Since we started out, we haven’t just fought against opponents. We’ve fought against prejudice,” says one of the players starring in the ad while reminding the audience that they’ve been European league champions eight times--five more than the national men’s team. Going on to confront negative stereotypes about female athletes, the ad serves to heighten awareness of the sports and the issues facing its players in the lead-up the Women’s World Cup.

With nearly 1.5 million views and over 12,000 retweets, the ad is one of German television network DW Sports’ most popular Twitter videos shared by its official account this year.

"We don't have balls.
But we know how to use them!"

The @DFB_Frauen with a 🔥 campaign ahead of this summer's Women's World Cup. #FIFAWWC pic.twitter.com/IC1b9b2VHU

The championship will be jointly broadcast in the United States by Fox and its Spanish-language affiliate network Telemundo.