Cannes I have your attention?

In the south of France, it's chaos—and so's this week's Agency Brief

In the south of France, it's chaos--and so's this week's Agency Brief. 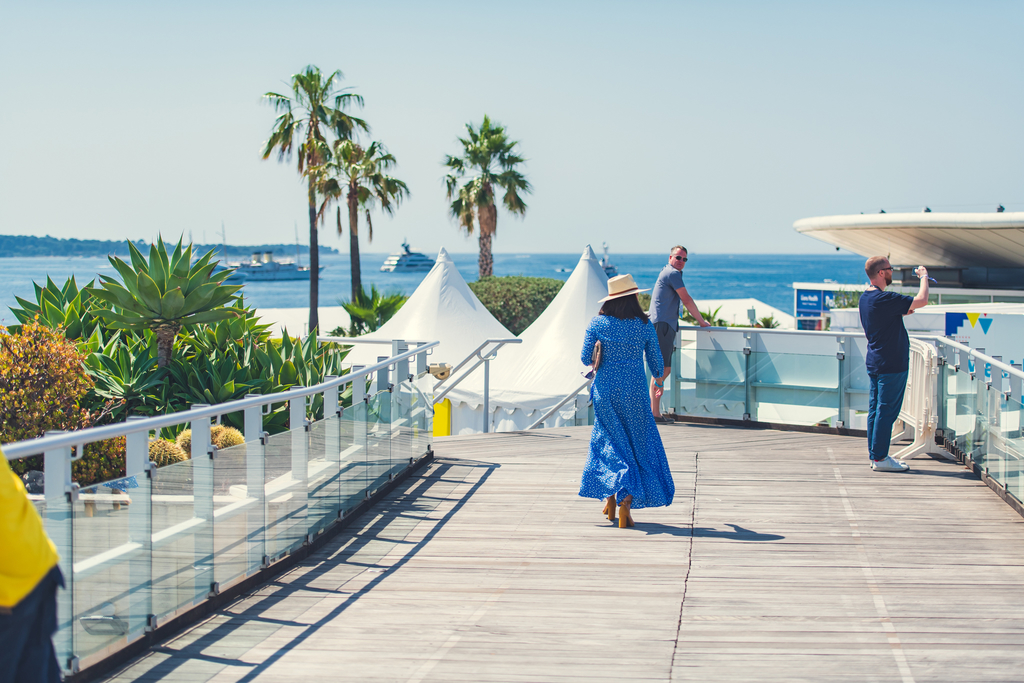 Welcome to the Agency Brief Cannes edition, which may be as chaotic as the festival itself. Bear with me as I try to give you the essential rundown on what’s been happening here in the south of France.

Almost every person I talked to at the Cannes Lions International Festival of Creativity has said how taken aback they are by how much more massive this year’s festival is than in years past—as a newbie, I’ll take their word for it. I can attest that there's a hell of a lot going on. There are more brands than ever at the festival (102) and their presence cannot be missed along the beach and inside the Palais.

Advertisers and marketers (and not just the millennials) can be found at anytime of the day sipping on alcoholic beverages topped with doughnuts (yes, frosted and sprinkled doughnuts) at Google Beach. At night, the line to get into Spotify Beach, where rapper Nas and Swedish pop star Tove Lo were among featured artists, is always longer than anyone with a short attention span (ahem, me) can wait. While meandering outside of the Wall Street Journal party on Thursday night, Ad Age’s Max Sternlicht and I (who appallingly were denied entry) witnessed the performance of the night, Mark Ronson (musician, DJ, songwriter and producer for the likes of Amy Winehouse and Lady Gaga), play “Uptown Funk,” only to have his turntable repeatedly skip throughout the song. I can’t confirm what the rest of his set was like as, again, I didn’t get into the party.

With so much going on at Cannes amid the panels, awards, parties and even protests from environmental activist group Extinction Rebellion, a person can almost get lost in the activity and forget there’s an entire world that exists outside of this advertising bubble.

Martin Sorrell bursts that bubble
But, alas, there is. On Friday morning, I awoke in my sunny apartment with the stucco siding nestled between quaint shops within walking distance from the Palais to an alert from London.

S4 said the deal aims to strengthen MediaMonks’ marketing cloud expertise and the agency’s presence in Australia and Canada, where BizTech has offices. (S4 already operates in Canada, Australia and New Zealand through MightyHive.)

“Their highly specialized Adobe expertise and close-knit client relationships make BizTech the perfect partner to accelerate our business in Australia and beyond,” Sorrell, executive chairman of S4, said in a statement.

BizTech reports to have $10.4 million in revenue and employs 90 people.

WPP sells as S4 buys
Meanwhile, Martin Sorrell’s old home, WPP, sold post-production shop The Farm Group to Los Angeles-based Picture Shop. WPP said the sale “is in line” with its new strategy “to focus on its main areas of business and simplify its operations through the disposal of non-core assets.” The Farm Group is led by co-founders Nicky Sargent and Vikki Dunn. Terms of the deal were not disclosed.

Estelle plays ‘American Boy’ in a pantsuit
Back at Cannes on Thursday evening, Grammy-winning artist Estelle performed her 2008 hit “American Boy” (which featured Kanye West) at the inaugural “Pantsuit Party.” The party celebrated female creativity and businesses (plus pantsuits!) and was hosted by Rebecca Minkoff’s The Female Founder Collective, Refinery29, Berlin Cameron and She’s Next Empowered by Visa. The group said the inspiration behind the pantsuit theme came from research that found that 62 percent of women between the ages of 14 and 55 think the specific attire “makes an implicit statement about who they are.”

John Maeda joins Publicis Sapient
Publicis Sapient has hired computational designer John Maeda as its chief experience officer. He joins from Automattic, where he was global head of computational design and inclusion. The network said Maeda will be responsible for coupling design, experience and engineering in marketing and business transformation for clients. Maeda was the recipient of the White House’s National Design Award, the Tribeca Film Festival’s Disruptive Innovation Award and a collection of his work permanently resides in the Museum of Modern Art.

“Aspiring to empower established businesses at all scales to realize great experiences for their customers to push back on big tech is in line with where my heart is right now,” Maeda said. “I’m looking forward to the impact we can make and excited to join this great, multidisciplinary team.”

Some wins from the States
Back in New York, TGI Fridays sent its U.S. creative account to IPG’s McCann. The account will be based in the agency network’s New York office. McCann will collaborate with sibling agency UM, which won TGI Fridays’ U.S. media account earlier this year.

In San Francisco, Eleven was hired to lead all of private air service JetSuiteX’s marketing and branding efforts. The shop’s first integrated campaign for the company will debut sometime this summer. On the heels of the win, Eleven also promoted Partners Jarett Hausske and Michele Sileo to president and managing director, respectively, which are new roles for the agency.