In this week's CMO Spotlight, two entrepreneurs share how they used fun wordplay in an outdoor campaign to advertise an innovative financial product to startups

In this week's CMO Spotlight, two entrepreneurs share how they used fun wordplay in an outdoor campaign to advertise an innovative financial product to startups. 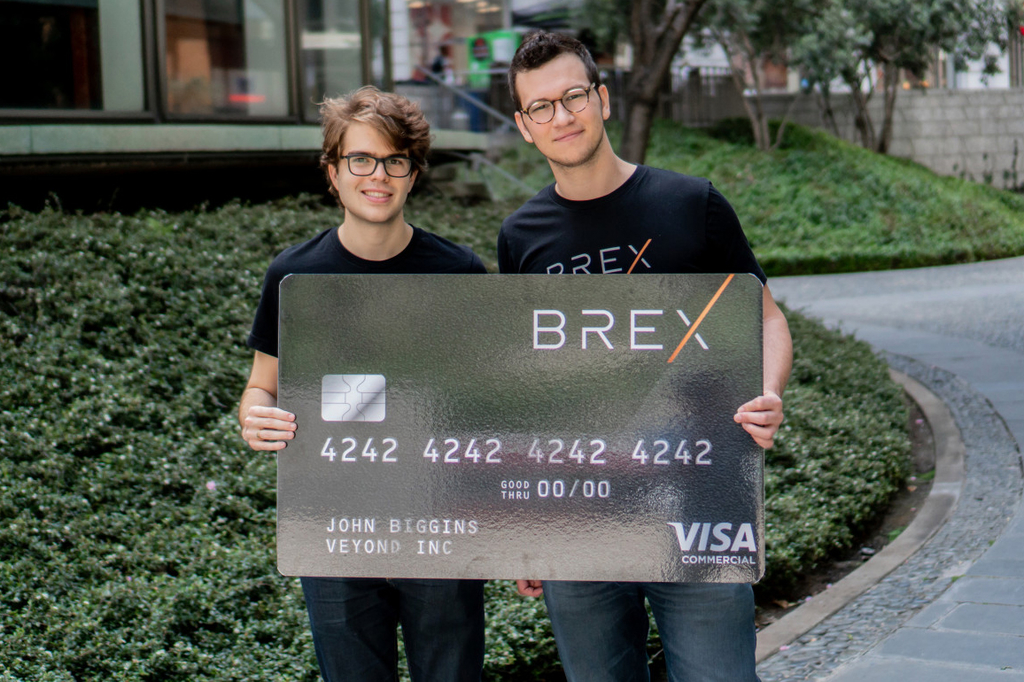 There’s tremendous pressure on CMOs to spend their budgets online, particularly at tech companies. For those with a couple of decades of experience, there’s even a reverse bias that if they don’t spend most of their dollars digitally, they’ll be perceived as out of touch. So, leave it to a couple of under 35-year-old entrepreneurs, who are marketing a product that is only available online, to go all in on outdoor messaging. Yeah, that’s right: good old-fashioned outdoor.The entrepreneurs, Sam Blond, Chief Sales Officer and Michael Tannenbaum, who is the CFO, work for a B2B credit card issuer called Brex. Recognizing a gap in the market in which start-up founders need larger lines of revolving credit, Brex has positioned itself as the card that gets tech entrepreneurs, right down to their senses of humor. Recently valued at more than $1 billion, Brex has happily tapped into some Silicon gold, aided by a big bet on outdoor and a clever use of a global topic.

How’d you identify the target, and the problem that needed solving?
Blond: I didn't understand how credit cards were issued to businesses prior to joining Brex. There was this concept that, specifically within tech companies, founders had to personally guarantee the corporate card and credit was issued based off of the founder’s credit worthiness and their ability to repay. And as I started doing diligence on Brex, I talked to previous tech founders who all had these real issues with having many millions of dollars in the bank and 10- to 30,000-dollar credit limits that weren't nearly adequate to support the spending needs of the business. That was the problem that was identified by Brex founders.

So, you had a target, and a tech innovation to help solve their problem—what inspired launching with outdoor?
Blond: We knew that we had this really big story to tell. We already had several hundred customers at the time that we launched last June, and we wanted to make as large of an impact as we possibly could with the public launch of our product. We knew that we were going to get a lot of press, and we wanted to think of other ways that we could invest in the launch to maximize this. We have a very geographically concentrated target market that is the San Francisco Bay Area, because we're selling into startups. Of course, startups exist all over the place, but in San Francisco they're highly concentrated.

So, we worked through some outdoor partners and purchased as much inventory as we possibly could. Michael can talk about the way that we tracked the impact of the campaign, but we bought hundreds of shelter ads, billboards, premier panels, and just flooded the market alongside this big PR launch, and it really maximized the impact that we could have with this one-time event and the company's evolution.

How did you end up with ‘Brexit’ themed outdoor ads?
The Brexit campaign was probably three or four months after the launch that we just talked about. And we knew that we wanted to continue outdoor, because it was so effective, but we didn't want to continue with the same message. It was very impactful but was probably realizing diminishing returns. We wanted to take some things that we had heard from customers on Twitter, like "Brex sounds a lot like Brexit," and we came up with “Don't charge it, Brex it.” We put that on some billboards. It created a lot of social buzz and continued the momentum that we had already started in outdoor with a provocative new messaging.

Tannenbaum: It was more than a couple tweets. People in the UK were talking about it and they’re funnier—usually. One of them said something like, “For F*** sake, a card that's themed after Brexit?” We had tons of engagement around that, and people thought it was really funny there. Part of it was being comfortable taking risks. When you're in an environment like today where lots of people are nervous about politics, people are nervous about taking a stand. The easier thing to do is not directly address Brexit, which is a controversial topic. We chose to take it head on and be tongue in cheek about it, but we also made it really clear through our campaign that we weren't coming out in favor or against it. We don't really have a stand on Brexit as a company.

How did all this translate into measurable results?
Tannenbaum: We take the data side of marketing very seriously. When we launched, we started just asking people how they heard about Brex in a free text field that was optional on the website. It was completed by about 60 percent of the “quality starts”—the offline conversion that we track is called quality starts. Let's just say 60 percent of the people we care about told us how they heard about Brex, and of those, at one point in time, 20 to 25 percent of the people were saying they heard about us through outdoor. It was interesting that we were able to turn what's usually considered brand, or at least the way I was trained, you invest in outdoor to amplify existing direct efforts. But this was actually a form of direct acquisition.

What other metrics did you look at?
Tannenbaum: Multi-touch was also key. Sam and I spent a lot of time on this topic. But the reality of marketing is that you don't typically hear about a company once and then go sign up for it. You interact with that company in a number of ways. So, we thought moving to multi touch was super important, and in doing so we actually used cell phone data, through a couple of different third-party vendors, to track whether or not someone was in the presence of outdoor. And that if that person was, we give outdoor some credit in the attribution model. In addition to the aforementioned 'I heard about Brex because of billboards.'