After 40 years at ESPN, Bob Ley hangs it up

The face (and conscience) of ESPN is calling it a day. 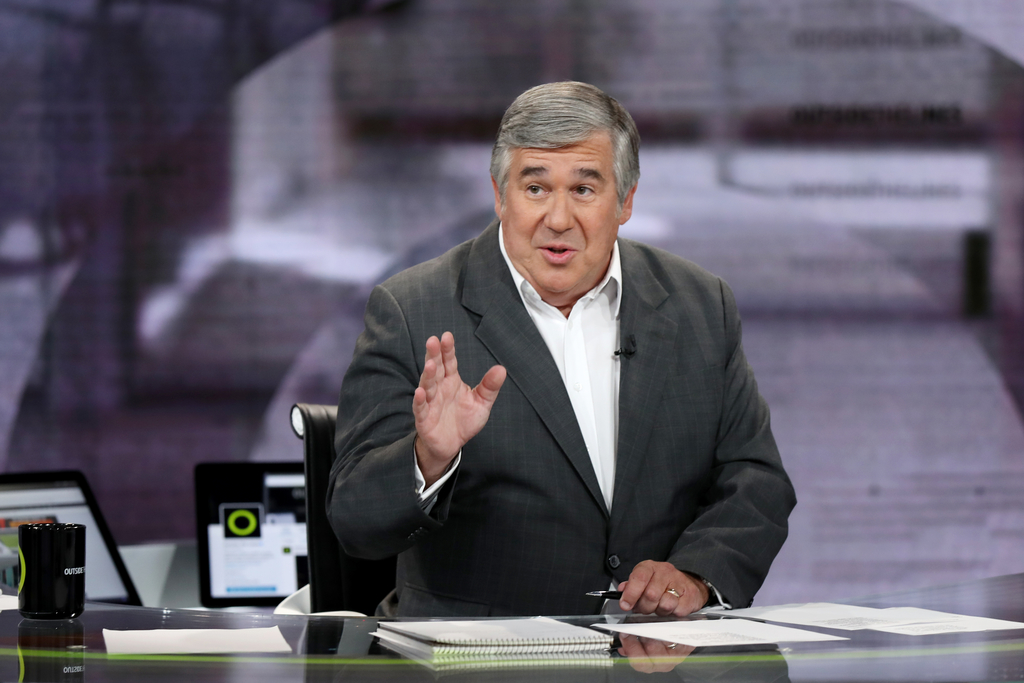 ESPN is losing the services of its longest-tenured anchor, as Bob Ley announced his retirement Wednesday from the Disney-owned sports network.

The 64-year-old Ley, who last fall stepped away from his ESPN duties for what he characterized at the time as a short hiatus, said in a Twitter post that the choice to leave the network after four decades was his own.

“To be clear, this is entirely my decision,” Ley wrote. “I enjoy the best of health, and the many blessings of friends and family, and it is in that context that I’m making this change.”

In his final on-air appearance as host on Sept. 28, the “Outside the Lines” host said he would be taking a six-month sabbatical from ESPN. “I’ve got the best job in the world to step back from,” Ley said, in what would turn out to be the last sign-off of his 40-year career at the network. “It might seem counterintuitive, which is a fancy words for ‘nuts,’ [but] it’s a decision not lightly reached and one I’ve spent great deal of time on.”

Ley closed out that telecast by assuring viewers, “I will catch you on the flip side.” His Wednesday tweet served as a callback to that on-air declaration and extended the metaphor. “Now it’s time to take that vinyl off the turntable (ask your folks), flip it over, and drop the needle on the B-side. There are always great cuts, and hidden gems, on the B-side.”

Ley did not offer any hints about what is in store for him post-ESPN, but if his recent activities are anything to go by, he may be interested in academe. Shortly after his final “Outside the Lines” appearance, Ley taught a master class in sports journalism at his alma mater, Seton Hall. In April, Ley and ESPN’s Stephen A. Smith discussed the business of sports at a Seton Hall symposium devoted to media ethics. A month later, the alum served as the school’s commencement speaker.

Besides being the most recognizable on-air presence at ESPN—Ley joined the network on Sept. 9, 1979, or just two days after it launched—he was also the channel’s most respected and trusted journalist. The host of “Outside the Lines” since its inception in 1990, Ley over the decades reported on a host of topics, including an investigation into inhumane conditions in Nike sweatshops and an ongoing exposé about the link between concussions sustained by football players and chronic traumatic encephalopathy, or CTE.

As ESPN chronicler James Andrew Miller, co-author of the 2011 warts-and-then-some book “Those Guys Have All the Fun” noted, Ley’s departure is “unfortunate—for viewers, and of course, ESPN.”

Ley’s former ESPN colleague Dan Patrick said on his radio show: “It was an honor, truly an honor, to work with Bob. He was a professional. Now, I can’t say that about a lot of people in this business. I can say that about him, and he was every bit of that. He taught me a lot.”

The enormity of Ley’s departure is not lost on ESPN. “The standard of excellence that has become a hallmark of ESPN began in the early days when we were a start-up with a bold vision,” ESPN President Jimmy Pitaro said in a statement released shortly after Ley made his announcement. “Bob was there for all of it and, over the years, his unwavering commitment and unparalleled work ethic drove our journalistic ambitions. The best way we can thank Bob for what he’s meant to ESPN and to sports fans is to continue to uphold the journalistic integrity and principles he’s instilled in ESPN for nearly 40 years.”

Stepping into Ley’s shoes at “Outside the Lines” are Jeremy Schaap and Ryan Smith.

Ley dropped by the “Outside the Lines” set to pass the baton to Schaap. “Nothing would please me more than continuing to consume, tune-in, to read and just to see the reaction to the great stuff being done here,” Ley told his successor. “If anything I did has a small role going forward, that’s good stuff.”