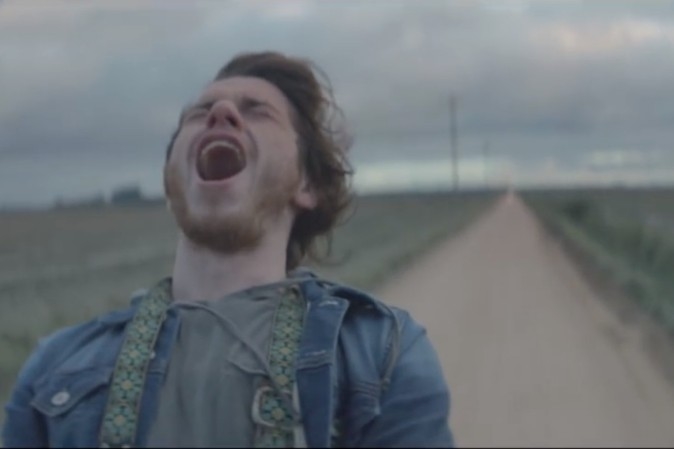 What people are talking about today
A 3-year-old ad went viral yesterday; it’s a lovely tale with a surprise ending. No spoilers here. Do yourself a favor and watch it to find out what brand it’s for. It’s a tale of growing up, from birth to first steps to first love to independence. And as someone tweeted, M. Night Shyamalan "would KILL to be this good at plot twists again.”

The ad went viral after Ryan Simmons, video director for SB Nation, posted the spot on Twitter with the comment, “i will give you one hundred thousand dollars if you can guess the brand by the end.” Simmons also thanked adman Kevin Weir for having spotted the ad, which got 2.4 million Twitter views in a day.

Ad Age’s newsroom debated whether this was a spoof. Reporter Jessica Wohl reached out to the brand in question, which confirmed that it was a real ad from the brand released in Brazil in 2016.

How could we have missed it back then?

LoveFrom
Jony Ive, Apple’s chief designer, is leaving the company after nearly 30 years. But he’s not going far; Ive is starting a new design company that will have Apple as a client. The new venture is called LoveFrom, and that’s a nod to late Apple founder Steve Jobs. Ive told the Financial Times that Jobs once said to Apple employees:

“when you make something with love and with care, even though you probably will never meet . . . the people that you're making it for, and you'll never shake their hand, by making something with care, you are expressing your gratitude to humanity, to the species.”

The name has a downside, though: As someone pointed out on Twitter, another company is using a similar name, LoveFrom.ca. It’s a subscription box service for Canadian seniors.

#KimOhNo
Kim Kardashian West named her new line of body-shaping undergarments Kimono, which is partly a nod to her name, Kim. And many people are unhappy about her staking a claim to the name of a traditional Japanese garment. As The New York Times reports, there’s a Change.org petition accusing Kardashian West of “horrible cultural disrespect,” a controversy over her trademark filings and a new Twitter hashtag, #KimOhNo.

Ms. Kardashian West said in a statement to The Times that she has no plans “to design or release any garments that would in any way resemble or dishonor the traditional garment.”  She also says she won’t change the name.

Just briefly:
Breakup: When agency FCB decided to walk away from longtime client Nivea, the move followed “a rocky few years that have included three incidents where the brand was criticized for ads seen as racially insensitive,” Ad Age’s Jack Neff and Lindsay Rittenhouse write.

Publisher’s Brief: Ad Age’s Simon Dumenco has the latest in the publishing world, including longtime W magazine editor Stefano Tonchi suing the publication's owner after he was dismissed. Read all about it here.

ICYMI: Who is Miguel Patricio, Kraft Heinz’s incoming CEO? As Anheuser-Busch InBev global chief marketing officer, Patricio was “credited with building a culture that values creativity, a major shift for a company that had long been pigeonholed as a shrewd financial operator,” Jessica Wohl writes in Ad Age. Bonus: Patricio’s apparently a good cook.

Number of the day: The first evening of Democratic presidential debates averaged 15.3 million viewers across NBC, MSNBC and Telemundo, according to Nielsen live-plus-same-day data. Ad Age’s Anthony Crupi writes that the number is just shy of the 15.8 million who watched the first Democratic debate in 2015.

Ad of the day: Procter & Gamble has a new spot out that looks at the unconscious biases black men confront every day. As Ad Age’s Ann-Christine Diaz writes, the ad shows a black man going about his day, and how “shopkeepers hesitate when he looks at their wares, [and] diner patrons seem to think twice about sitting down when they see him.” The spot is called “The Look.” The ad, by creative collective Saturday Morning, follows P&G’s award-winning film “The Talk.” Geoff Edwards, a co-founder of Saturday Morning, says the goal is “to urge people to have an honest conversation and not pretend that unconscious bias doesn’t exist.” Watch the spot here.