The issue affected a premium video-ad offering for shows on the social network's Watch video portal. 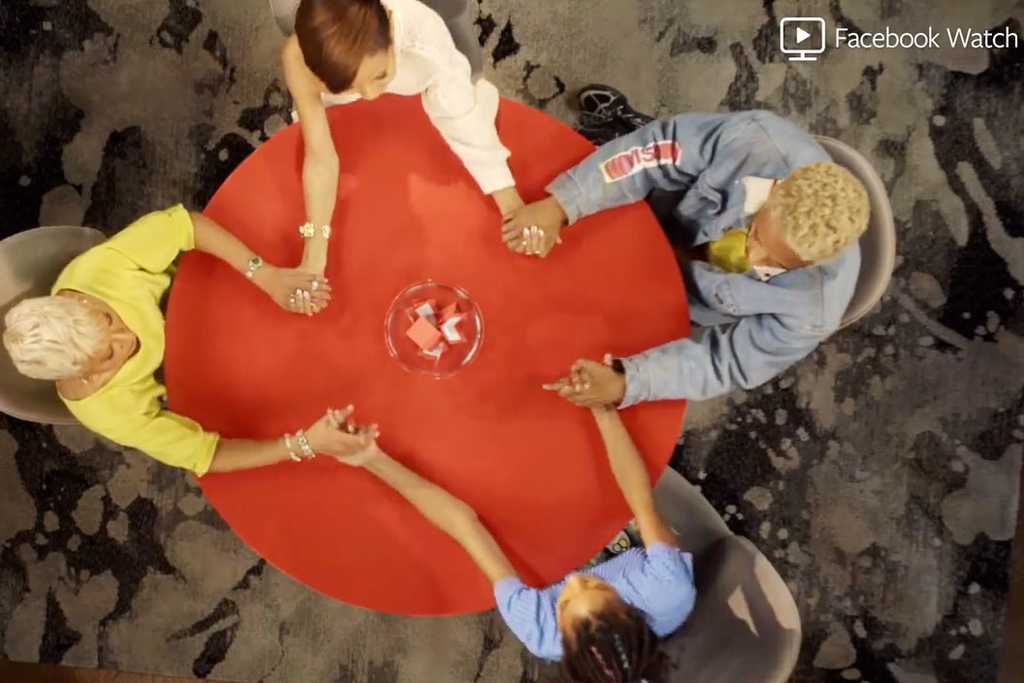 'Red Table Talk' with Jada Pinkett Smith is one of Facebook's Showcase shows.

Facebook says it has fixed a problem with its new premium video ad offering that caused some initial advertisers to fall short of their campaign targets.

Showcase, which went live in February, offers brands access to a pool of highly curated shows on Facebook's Watch video portal. But two ad execs say the network's new offering was unable to meet the number of views they ordered on behalf of clients.

Facebook confirmed that there were a few instances where campaigns missed their targets, blaming it on a teething issue when the program was first getting off the ground, but says the problem has since been rectified.

“We’re meeting advertiser-impression goals and helping them reach the younger audiences they want,” says Erik Geisler, head of North America agency sales at Facebook. “A few early campaigns had a bug that resulted in very small delivery variance. That is now fixed.”

Showcase is meant to offer brands the same predictability as advertising on TV, with guaranteed audiences for prized programs. It gives advertisers access to shows including Jada Pinkett Smith’s “Red Table Talk” and “Stephen vs. The Game,” a reality show featuring basketball star Stephen Curry.

Facebook developed Showcase as its response to Google Preferred, which reserves ad space for big-spending brands in only the highest-quality programs on the platform as a way to ensure ads will not appear alongside objectionable videos.

“We’ve done a couple of buys with Facebook and the guarantee is not as resolute as we would have hoped,” says one ad agency executive, who spoke on condition of anonymity because of the sensitivity around disclosing campaign information.

The exec says that in several instances Facebook ad campaigns could not reach the intended audience size. The exec would not say how short they were from the goal, only saying the gap was “not insubstantial.”

Another advertiser, also speaking on condition of anonymity, described similar shortfalls. Although the social network won't say exactly how many brands have signed up for Showcase so far, these advertisers only represent a fraction of the buyers in the program and Facebook says the vast majority have seen smooth delivery of their campaigns.

While Facebook blamed early kinks on the problems that are now fixed, advertisers say any miscalculation on delivery is a problem for a new ad product that was built to instill confidence. Showcase is characterized as a guaranteed ad buy for a reason, advertisers say.

The service needs to select the videos carefully, so advertisers match with only the highest-quality shows, but it also needs to reach enough viewers to deliver the number of ads ordered. Advertisers also target audiences based on age, gender and interests, narrowing the universe of potential viewers for their ads.

Facebook says it is generating enough inventory in the program to satisfy demand. "We’re confident in our ability to meet advertiser expectations," a Facebook spokeswoman said by e-mail.

Such precision comes at a premium, costing about $25 for every thousand views, which is two or three times the cost of the typical video ad on Facebook, according to advertisers familiar with the pricing.

Facebook is facing increased competition from Snapchat, which recently rolled out Snap Select, a similar guaranteed ad product that serves commercials to shows and videos that appear in the Discover media section of the app. If Snapchat can show it can hit the goals without any glitches, that could give it an opening.

“That is where Snapchat can directly challenge Facebook,” says the agency exec who discussed the shortcomings of the campaigns on Facebook. “We don’t know, but it’s worth the test. If Snap is able to guarantee and deliver those views, then they have a very viable product.”

There are advertisers reporting success with the program, however. Robert Pearsall, SVP and group director of social media for Havas Media, says that in the few ad buys the agency has performed with brands, the platform is helping to reach a younger audience that would be harder to find on TV, which is the exact point of the program.

“Ad delivery, particularly against the younger demographic and lighter TV viewers, has been pretty effective,” Pearsall says, adding that no campaigns have failed to hit their goals.

Facebook CEO Mark Zuckerberg acknowledged last year that Watch, in general, was slower to catch on than anticipated, but since then Facebook has reported nearly doubling the number of viewers, from 75 million a day in December to 140 million a day in June.

The service has sparked a few breakout hits like Pinkett Smith’s “Red Table Talk,” which has more than six million followers and frequently generates more than 10 million views per episode.

The question of hitting campaign goals and being able to predict audiences is an important one, however. Most of the major online platforms are trying to design ad opportunities that mimic the certainties of TV, in terms of being able to forecast the audience size ahead of time and giving advertisers assurances that ads will run with certain programs. For months, Facebook has been promoting Showcase and its growing library of programs in Watch, the video platform it launched in 2017 to compete with YouTube.

There is still some skepticism that Facebook can compete effectively with YouTube and its more than 2 billion monthly viewers. A number of advertisers question whether audiences visit Facebook for the shows, and that makes it a tough sell as a rival to TV. Also, ads run between 5 and 15 seconds, but many brands are looking for space for their 30-second commercials.

“There are a lot numbers bandied about in terms of how successful Watch has been, but I just don’t know that it’s a core part of how people use Facebook yet,” says Noah Mallin, head of experience and content at Wavemaker.