Brand Playbook offers some strategies and advice from Chipotle, Panera and more

Brand Playbook offers some strategies and advice from Chipotle, Panera and more. 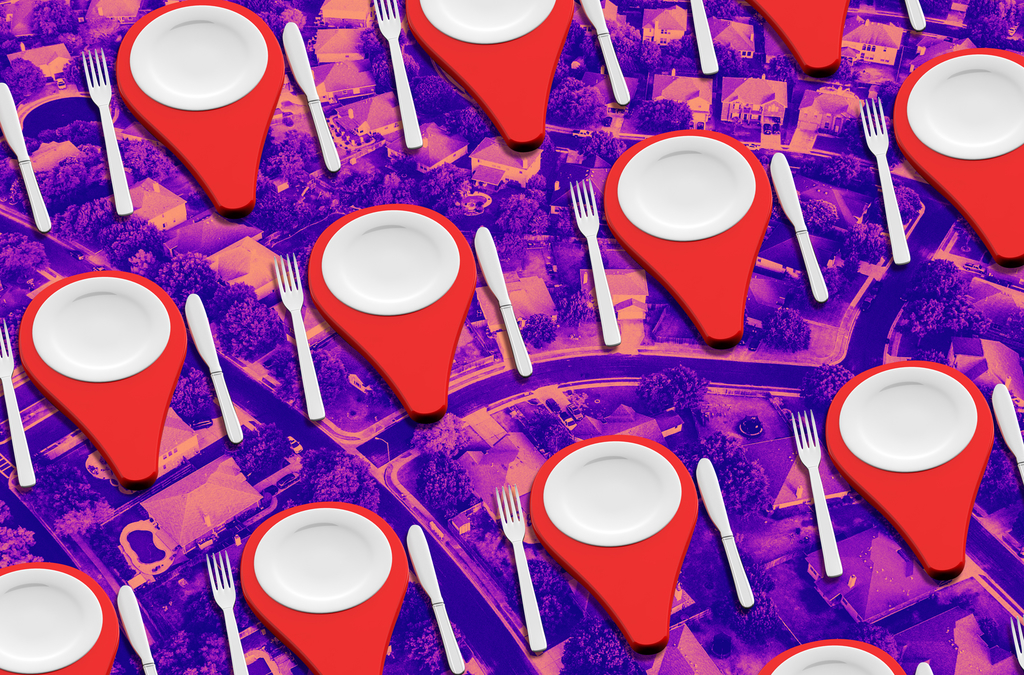 News flash: we’re lazy. Many of us often don’t want to cook, nor do we want to be bothered to go out and get prepared food ourselves. Restaurants deliver meals through their own staff or through third-party services such as Caviar, DoorDash, Grubhub, Postmates or Uber Eats, to name just a few. With all the competition in restaurant delivery, it isn’t necessarily being dominated by the players one might expect. Case in point: Amazon shut down Amazon Restaurants, a service offering delivery from local eateries, in June after a four-year run. Of course, Amazon will still deliver plenty of groceries. Instacart, Peapod and others will also take on the task of grocery shopping, as will a number of supermarkets. Walmart is even testing a service that goes beyond the front door. The driver puts the groceries right into your kitchen, including putting perishables in your fridge.

Here’s some food for thought on getting into the delivery game and how to let consumers know you’re there.

Getting started
If you’re not already doing some form of delivery, now’s the time as there’s still plenty of room for growth. There were 2 billion delivery orders from U.S. restaurants in the 12 months ended in May, up 3 percent from a year earlier, representing just 3 percent of all restaurant orders, according to the NPD Group. On the grocery side, 20 percent of U.S. adults, or about 51 million consumers, recently shopped online for groceries, and 16 percent of those online shoppers opted for delivery, according to NPD Group data.

“My rule of thumb would be don’t think of delivery as an add-on to the business,” says Tressie Lieberman, VP of digital marketing and off-premise at Chipotle Mexican Grill, whose remit includes delivery, catering and “order-ahead,” as well as the chain’s rewards and CRM business. “As it becomes a bigger part of your business, you have to be thinking about that delivery experience first. When I’m talking to our operators, I’ll say, ‘You may never ever see your very best customer. They may never step foot in a Chipotle restaurant.’”

The menu of things to consider includes whether your packaging can hold up in delivery. Before Denny’s began promoting delivery in 2017, it updated its packaging to include microwaveable and sustainable materials, which also feature Denny’s messages to reinforce its branding.

Study other industries for ideas. Lieberman, who admits to ordering plenty of delivery for lunch and dinner, also orders from various retailers, and uses subscription services such as Stitch Fix. “You can learn a lot to apply to your business by looking outside of food and seeing how people are using delivery with other products and other brands,” Lieberman says.

Solo vs. third-party help
Pizza joints, from mom-and-pop shops to those run by industry leaders such as Domino’s, have had delivery drivers for decades. Jimmy John’s takes pride in having its own staff deliver sandwiches “freaky fast,” even touting in new ads that it only delivers within five minutes of its stores.

Panera Bread tested going into delivery on its own and relying on third parties, says Dan Wegiel, executive VP, chief growth and strategy officer. The company opted to go it alone, despite the “massive” investments such as hiring drivers, he says.

Handling its own delivery “still offers us the greatest growth potential, it still is the most profitable model for us to pursue and, very importantly, as we own the total customer experience, we also own all the customer data,” says Wegiel. “A restaurant really needs to ask itself what are they comfortable with in terms of the level of owning the experience, the level of owning customer data and, from an economic standpoint, do they truly understand what model is best to pursue.”

While Panera generally handles it all, in a small percentage of markets where the economics don’t make sense, it will use third-party delivery services, Wegiel says.

Plenty of brands have linked up with outside providers. McDonald’s began offering U.S. delivery through Uber Eats in 2017. DoorDash, meanwhile, delivers from more than 2,200 Chipotle restaurants.

Get the word out
Many chains hype the service by waiving the delivery fee on an initial order. Brands also try to stand out with swag. McDonald’s promoted its Uber Eats partnership in 2017 with giveaways of items such as Big Mac pillowcases. It wasn’t until May of this year that McDonald’s had delivery available from a critical mass of its U.S. restaurants to launch a national ad campaign, “Delivering Happy,” promoting its partnership with Uber Eats.

“Before you invest a lot in the marketing, make sure the experience is awesome,” Lieberman says.

Chipotle enlisted one of its well-known fans, YouTube personality David Dobrik, to promote delivery. On National Burrito Day in April, Chipotle hyped the Dobrik Burrito: brown rice, black beans, chicken, mild salsa, two scoops of corn salsa, cheese and a side of guacamole, through both the chain’s app and website. Dobrik even handled some deliveries himself.