Plus, a new way of looking at Disney's 'Frozen 2' marketing 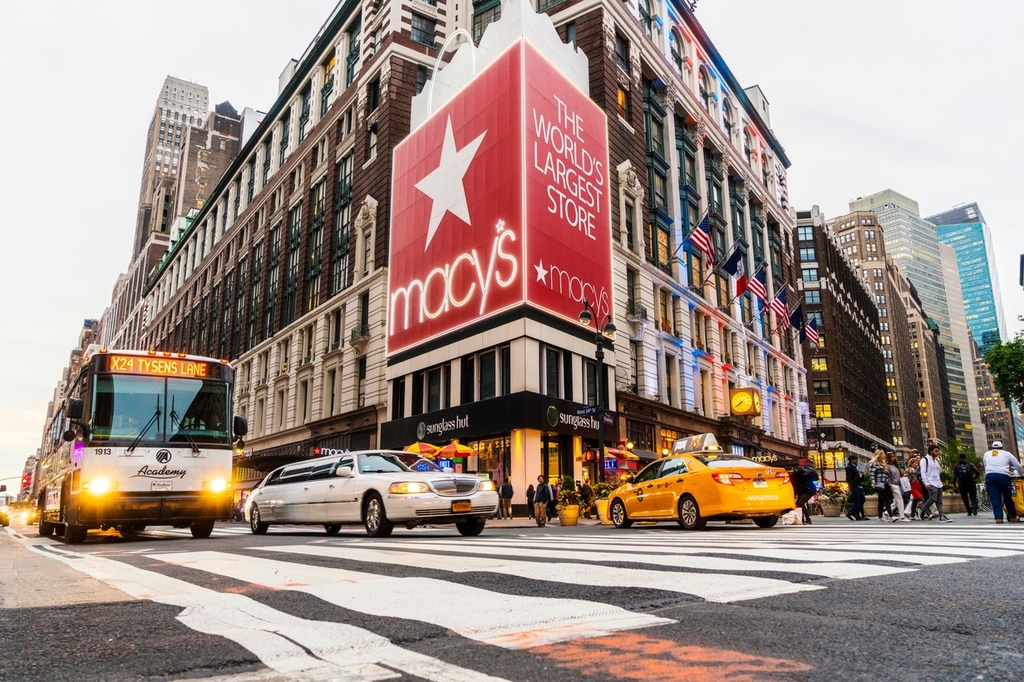 Looking closely (very closely) at the “Frozen 2” poster
Astrophysicist and TV host Neil deGrasse Tyson called out Disney for a scientifically inaccurate representation of ice crystals on Disney's promotional poster for the movie “Frozen II,” slated for release in November. Real snowflakes have six-fold symmetry; the poster’s have four. The scientist tweeted at Disney: “You still have a few months to fix your #Frozen2 Movie Poster, unless the sequel takes place in another universe, where water crystalizes to different laws of physics.”

Many people tweeted back the obvious response: “Let it go.”

Macy’s says it “missed the mark”
Macy’s said it would stop selling dinner plates that became a target of social media scorn, with critics saying they encouraged body-shaming and eating disorders.

The design of the plates was supposed to be a joke about portion control; they allotted a large portion for “mom jeans,” a medium-sized one for “favorite jeans” and a tiny one for “skinny jeans.” As HuffPost reports, Alie Ward, a science correspondent for the CBS series “Innovation Nation,” posted a photo of the plates on Twitter, wondering how to “get these plates from @Macys banned in all 50 states.” Someone else tweeted: “Macy’s just casually promoting eating disorders and body shaming. MOM JEANS FOREVER.”

Within hours, Macy’s said it would remove the plates, which were sold at its retail concept shop Story at Macy’s. “We agree that we missed the mark on this product,” the retailer says. The controversy lasted only a few hours but got widespread attention, with pickups in The Washington Post, CNN and People.

Ward thanked Macy’s for its reactivity and added: “Sidenote: if the surplus stock winds up in TJ Maxxs and Marshalls and Ross stores across America I’m gunna lose it again.”

A prediction about the AT&T-CBS spat
Millions of people in markets including New York, Chicago and Los Angeles still don’t have access to CBS via their subscriptions to AT&T’s DirecTV. That's because AT&T and CBS are sparring over the size of CBS's retransmission consent fees. But “if history is any guide, AT&T will have a new agreement with CBS worked out before both sides knock off for the long Labor Day weekend,” Ad Age’s Anthony Crupi writes. Yes, this is about football. Because as Crupi writes, “AT&T needs to get its ducks in a row by Sunday, Sept. 8, when CBS’s regional NFL coverage kicks off.” This summer, there’s nothing hugely popular on CBS anyway.

Just say no: The Food & Drug Administration is out with TV ads to discourage teens from using e-cigarettes. “The new ads feature street magician and social media personality Julius Dein performing illusions with people's vapes by appearing to turn them into traditional cigarettes,” CNN writes.

Coffee + tech: Starbucks is "taking a stake in a digital technology company to speed up its offering of mobile ordering and payment options at its global stores,” The Wall Street Journal writes. The company, Brightloom, was previously known as Eatsa.

Meanwhile, on Facebook: “Canadian police have apologized after a cat filter was used during a Facebook live-streaming of a news conference about a double murder, which gave the presiding officer whiskers and ears,” Sky News reports. Police blamed “technical difficulties.”

Video of the day: Tom Hanks plays children’s TV host Fred Rogers, aka Mister Rogers, in the upcoming movie "A Beautiful Day in the Neighborhood," and the trailer is out. As BuzzFeed sums it up, “Pretty much everyone is a weepy bucket of emotions over the sweet trailer.” Hanks, wearing a Mister Rogers-esque cardigan, even sings the “Mister Rogers’ Neighborhood” theme song. Watch it here.

Plus, a new way of looking at Disney's 'Frozen 2' marketing.