The Mueller hearings are already almost a distant memory 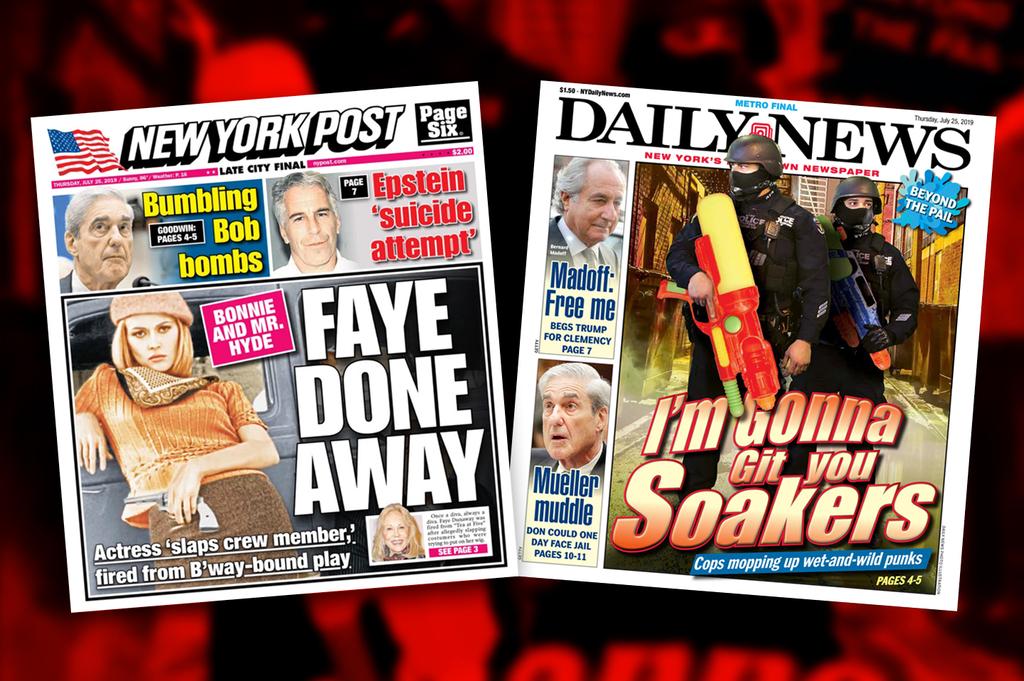 As part of Ad Age’s continuing media-about-media coverage, a quick look at the aftermath of the Mueller hearings:

The nation’s national and quasi-national newspapers (The New York Times, The Wall Street Journal, The Washington Post and USA Today) all give coverage of former Special Counsel Robert Mueller’s testimony before two congressional committees on Wednesday top-story placement on their front pages this morning. But for much of the rest of the media, the Mueller hearings already almost seem like a distant memory.

Case in point: the nation’s (and New York City’s) leading tabloid newspapers, the Daily News and the New York Post, both of which treat the Mueller story as barely an afterthought less than 24 hours after his televised testimony.

The right-leaning, Murdoch-owned Post simply dismisses Mueller with a review of his performance—“Bumbling Bob bombs”—tucked into a small box on its cover, while giving actress Faye Dunaway’s firing from a play most of the real estate.

The left-leaning, Tribune Publishing-owned Daily News also relegates the story to a small box on its front page with the headline “Mueller muddle” and subhead “Don could one day face jail.”

In other words, both papers have made the calculation that America’s attention span when it comes to Mueller is ... squirrel!