Why retailers are investing in clothing rental services 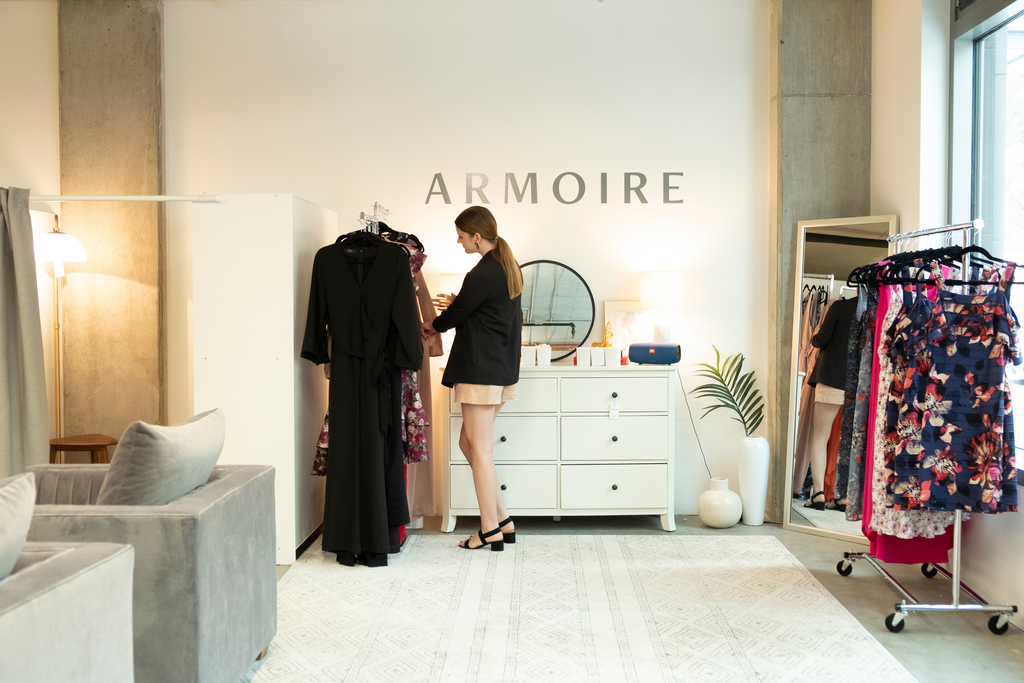 Armoire just opened a store within its headquarters.

Millennials have spoken—and they are just fine with renting over buying, even their clothes.

The rental trend has long been apparent in urban areas for categories like housing and automobile, but it’s now picking up steam in the apparel market as well. Rent the Runway, which was founded a decade ago as a special-occasion rental opportunity for consumers who coveted the designer duds they couldn’t quite afford, is no longer the only game in town. A host of competitors are popping up with compelling propositions for consumers even as established retailers like Express and REI explore their own rental models. Nuuly, Urban Outfitters’ new subscription offering, debuted on Tuesday. At the same time, Armoire, a two-year-old fashion startup that targets professional women too busy to shop with a subscription clothing rental program, is in expansion mode.

In its annual State of Fashion 2019 report published last fall, the Business of Fashion noted the “End of Ownership” as one of retail’s top 10 trends. “Fashion players will increasingly tap into this market to gain access to new consumers seeking both affordability and a move away from the permanent ownership of clothing,” the report noted. In addition, Business of Fashion found that 44 percent of respondents to its survey believed the pre-owned business model would be more relevant in 2019 than in 2018.

Nuuly, which expects to leverage the brick-and-mortar locations of its parent brand as drop-off points, is pushing a lower price point, at $88 a month, than its competitors. The subscription includes access to the Urban portfolio of Anthropologie, Free People and the company’s namesake apparel brand, as well as more than 100 third-party brands and vintage pieces.

“We’ve structured the Nuuly service such that the value proposition is unmistakable,” says Nuuly President Dave Hayne via email. The brand isn’t yet investing in much advertising, he says, noting that paid digital marketing is something the brand is prepared to introduce in the future. “But we believe we have plenty of organic runway to begin to penetrate the market before resorting to much paid advertising," he adds.

Armoire is priced higher—at $149 a month for pieces from high-end designers such as Diane von Furstenberg and Phillip Lim—but the company claims its use of data will help save customers valuable time. The Seattle-based brand encourages consumers to fill out a short style questionnaire when they begin the service—in theory, the longer consumers use the company, the more tailored the algorithm serving up choices becomes.

“Women, busy professionals, they travel for work and don’t have an endless amount of time to figure out what they should be wearing,” says Cynthia Houlton, head of growth at Armoire. “As you continue to rent, we are only serving up items that are your size and that start to align with your preferences.”

Armoire’s concept is not new—it’s closer to a hybrid mash-up of both Stitch Fix, which uses its own algorithm to send clothing options to its members to buy, and Rent the Runway.

However, Armoire is positioning its model as unique because its customers don’t have to buy clothes they might get tired of, like Stitch Fix. Houlton says the offerings will continue to improve as shoppers supply more of their own preferences.

“Personalization doesn’t work for consumers when consumers don’t get something for the information the information they give,” she says, noting that with a rental program, customers are continually returning to choose new items. “We are continuing to serve up data—i.e. apparel that suits their needs. If they say yes they like this, that’s how we are marrying technology with a way for professional women to get dressed.”

Armoire has raised $3 million in funding, according to Crunchbase, and is just starting to grow. It recently moved into a new headquarters in Seattle that includes a brick-and-mortar boutique where customers can try on clothes. As it builds awareness, the company is investing in content marketing and paid digital ads on Google, Facebook and Pinterest. All advertising is done in-house through a team of three, though Armoire works with Los Angeles-based MuteSix on some performance marketing. Houlton says the brand is starting to explore more traditional advertising like TV, podcasts and direct mail.