The fantasy sports provider also has tasked the agency with creating a campaign for the upcoming NFL season. 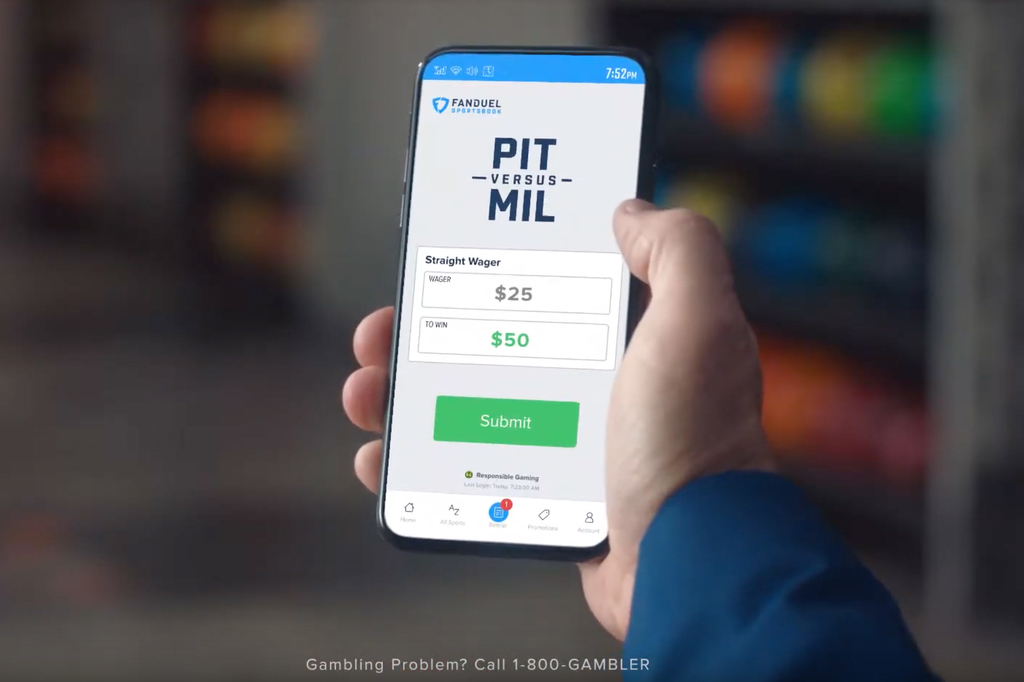 New York-based FanDuel has selected Publicis Groupe's Bartle Bogle Hegarty (BBH) as the bookmaker's lead agency partner to help craft brand strategy. That appointment comes after a competitive two-part review that also resulted in the agency winning an assignment to help FanDuel, which also a platform for fantasy sports, develop a campaign for the upcoming National Football League (NFL) season.

"BBH, after a number of conversations, was just really collaborative and excited," Mike Raffensperger, chief marketing officer of FanDuel, told Ad Age. While he declined to say which agencies participated in the review, Raffensperger noted that there were initially 11 shops that pitched; three, including BBH, battled it out in the final round.

Raffensperger said FanDuel was particularly impressed with BBH because the agency had prior experience working with other sports betting companies in markets outside the U.S., like Bwin in Europe. BBH will act as the lead agency on FanDuel's upcoming NFL campaign, working on the communications strategy and creative execution for that effort. Long-term, BBH will work on brand planning and strategy.

"There is still a tremendous amount of growth and opportunity for the fantasy sports business," Raffensperger said. The agency will help "re-envision" what fantasy sports means to consumers, connect FanDuel to a broader audience and position it as "the platform for sports gaming" in the U.S., he added.

BBH will work with FanDuel's in-house marketing team of 85 people who handle everything from media planning to design work for the brand, according to Raffensperger. FanDuel continues to work with other roster agencies on smaller projects including The Many, an independent Santa Monica, Calif.-based creative shop that rebranded from Mistress this year.

"We’re not looking to add an exclusive, single AOR that accomplishes everything," Raffensperger explained. "We have a pretty robust in-house capability particularly for most of our digital creative. But BBH will be partnering on craft, the overall future of our brand, and we would identify them as our primary creative partner."

Raffensperger added that FanDuel sees itself as "a technology and entertainment company first and foremost," and it found that BBH best understood that and how that shapes how the company should go to market.

FanDuel, founded in 2009, is a fantasy sports provider and bookmaker in the U.S., a growing market for online betting as states increasingly legalize the practice. Pennsylvania most recently legalized online sports betting, allowing for sportsbooks apps to go live in the state ahead of the NFL season this year. New Jersey legalized the practice last year, and Raffensperger said New Jersey already has surpassed Nevada in how many bets that gamblers have waged since introducing the practice.

Raffensperger said BBH will be tasked with "tackling" all the recent changes made in the online sports betting industry, which obviously also opens up a lot of "commercial opportunity."

According to estimates from R3 co-Founder and Principal Greg Paull, FanDuel currently spends about $50 million annually in the U.S. on measured media.