David Droga explains why he sold to Accenture, his desire not to 'cash out' 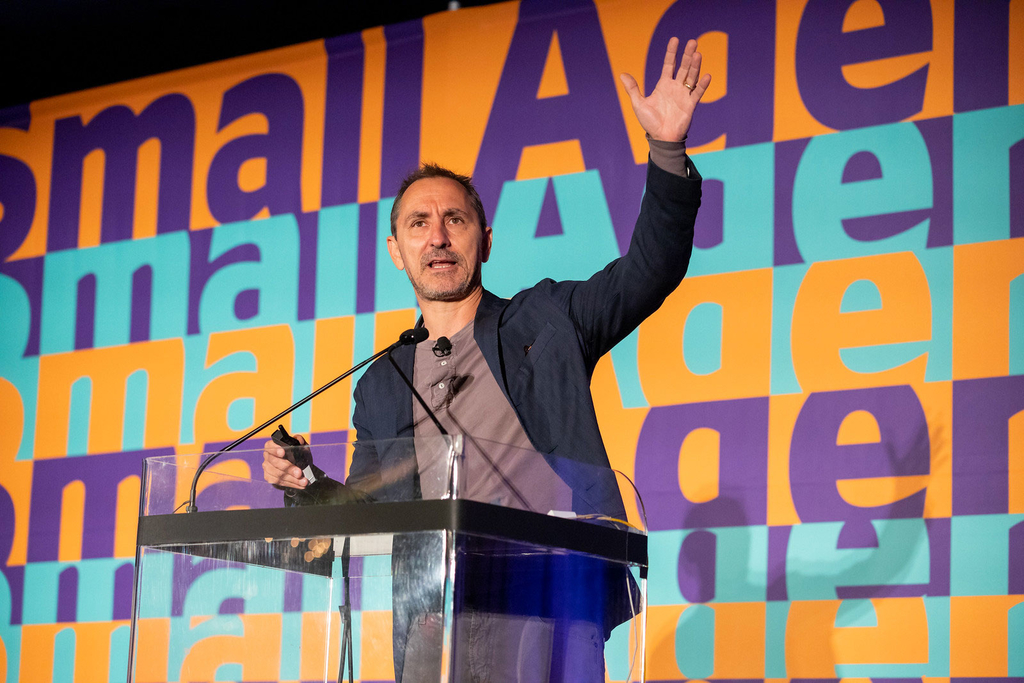 David Droga delivers a keynote to the audience at the tenth annual Ad Age Small Agency Conference in New Orleans on July 31, 2019.

“Even though I loved my independence and, in my delusional mind, I bought Accenture,” Droga said (probably) jokingly. “I’m not afraid to take punts and shots.”

He noted when Droga5 previously sold a 49 percent stake to Ari Emanuel’s William Morris Endeavor, he wasn’t looking to “cash out” or even enter a deal, but the alignment made sense.

“I was just looking for what is going to amplify the ambitions I have for this agency,” Droga said, explaining at the time that WME (now Endeavor) was influencing “pop culture like no one else.”

Droga said the deal was actually “liberating” because it didn’t “change anything at the company.”

“Skip forward to the big news of this year [and it's the] same thing, I wasn’t looking to do a deal,” he said. “All the holding companies tried buying us and I was never interested in that. For them, that is about collecting and buying revenue and I wasn’t interested in that.”

What Droga said he is interested in is staying relevant and the deal with Accenture, in his view, helps that effort.

“With what [Accenture] can do with data and their skill sets and their reach, I just felt like they can do things that we cannot do,” he said. “They can scale and build and run systems like nobody else. And we do things that they can’t do. We are an ideas, strategic, taste agency.”

Droga told the room full of independent agencies that in today’s evolving industry, those two skill sets—creativity and data—must work hand in hand, but added that he was by no means “suggesting you all have to do something like this.”

Droga also retold the story of how the New York-based agency—now sitting in a lofty Wall Street building, got its start in 2006—with just a few people working out of a tiny office in the city. (Droga5’s first project was a campaign around the 2008 Beijing Summer Olympics for GE, a client Droga held as worldwide chief creative officer of Publicis and which asked him to do the work at the same time he was physically packing up and walking out of the holding company’s office to start his own company.)

Droga said sometimes he hears the criticism that an agency will lose its culture if it gets too big. To that, he scoffed.