It wasn't pretty, but New England's 33-3 steamrolling of Pittsburgh still scared up big ratings for NBC. 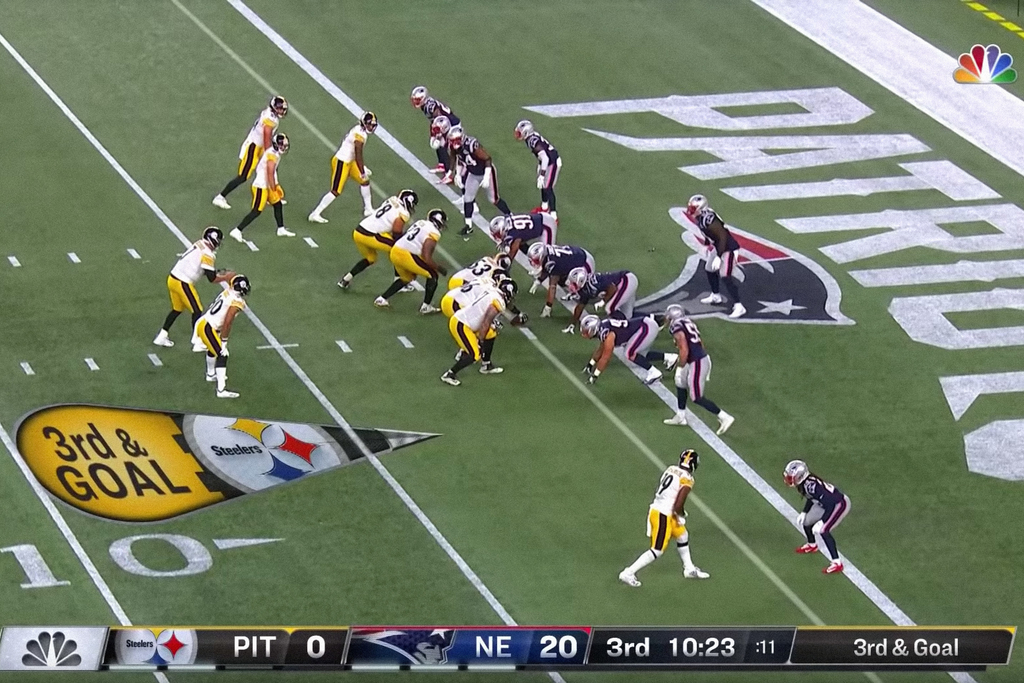 Given the savagery with which New England Patriots dispatched the Pittsburgh Steelers, NBC executives would have been forgiven for thinking that last night’s “Sunday Night Football” opener would disappoint on the ratings front. And while viewers began tuning out once Tom Brady and Co. had established a 20-0 lead at the half, the final deliveries for this lopsided AFC clash were higher than they were a year ago.

While it was a matchup that looked awfully good on paper, Bill Belichick and Tom Brady had drawn up a game plan that made for a far less viewer-friendly experience for those of us west of I-495. Brady completed 24 of 36 passes for 341 yards and three touchdowns, while New England’s defense throttled the Steelers at every turn. Ben Roethlisberger, who finished last year’s campaign with a league-high 5,129 passing yards, connected on just 27 of 47 tosses for   276 yards and an interception.

The Patriots’ 30-point dismantling of the Steelers marked the largest margin of victory on “Sunday Night Football” since the Seahawks demoralized the Panthers by a score of 40-7 back on Dec. 4, 2016. That game averaged 17.8 million viewers and a 10.2 rating.

"When blended with Thursday night’s NFL Kickoff Game deliveries, NBC’s two-game average is 22.2 million viewers and a 12.8 rating, good for an 8 percent lift versus the year-ago 20.6 million/11.9.

NBC enjoyed its most successful two-night NFL debut in 2015, when a Steelers-Patriots NFL Kickoff Game and a Giants-Cowboys “SNF” opener combined for an average draw of 27.1 million viewers and a 15.8 rating. The Pittsburgh-New England game stands as the most-watched regular-season contest between the two teams since the decade began, drawing 27.4 million viewers and a, 16.2 rating.

The Patriots this season are slated to appear in eight other national TV windows, a schedule that includes four primetime games. Of these dates, the most hotly anticipated is the Nov. 24 late national game on Fox, in which the defending Super Bowl champs will host the Dallas Cowboys.

Elsewhere on the dial, Fox continued its dominance of the NFL ratings race with Sunday afternoon’s broadcast of the New York Giants-Dallas Cowboys skirmish. While final ratings were not available at press time (unless a network pays Nielsen a little something extra to expedite the data processing, Sunday football numbers generally aren’t released until Tuesday morning), Fox’s “America’s Game of the Week” averaged a 15.9 rating in the metered markets, up 3 percent compared to the year-ago 15.5 overnight.