Only 6.9 million viewers tune in for Fox's celebration of Amazon Prime, HBO

As the Emmys continue to undermine the efforts of network TV, a ratings drop is not a worst-case scenario. 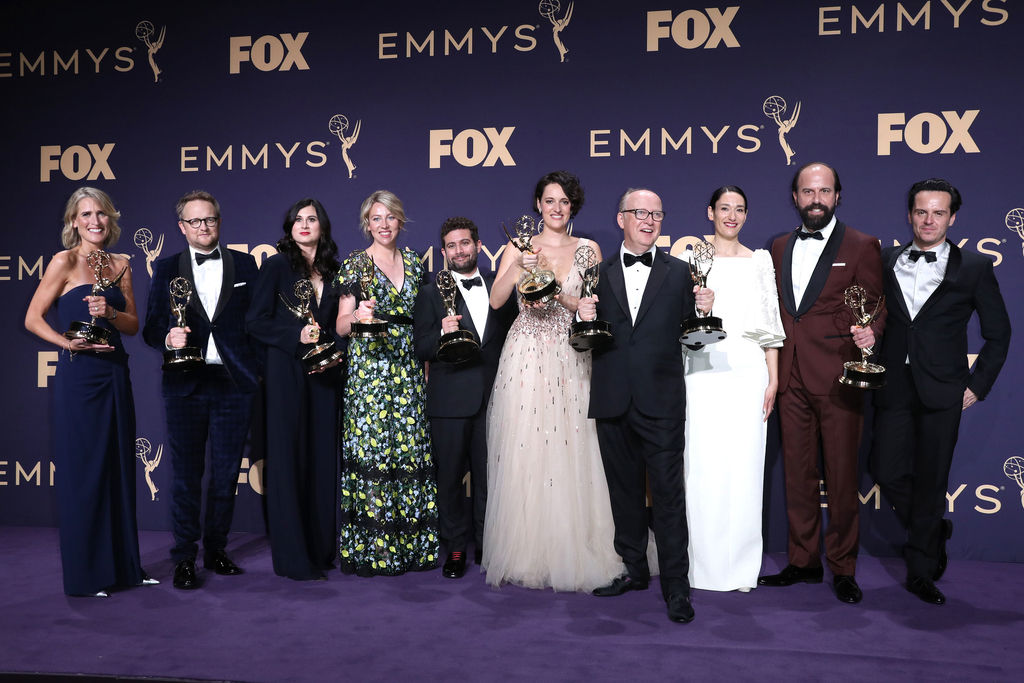 Ratings for Fox’s presentation of the 71st Primetime Emmy Awards plummeted to an all-time low Sunday night, but given that the broadcast now functions as a three-hour infomercial for the streaming services and premium cable networks that are gobbling network TV’s lunch, it’s perhaps for the best that relatively few people were watching.

If “Sunday Night Football” may have eaten into Fox’s primetime audience—a preliminary 12.8 household rating suggests that NBC’s football showcase averaged in the neighborhood of 17.6 million viewers—the Emmy ratings have been in free fall for some time. Count back from six years ago, when CBS averaged 17.8 million viewers with its coverage of the 65th installment of the Emmys and last night’s show was down 61 percent.

That the networks persist in hosting this annual celebration of all things Netflix, Amazon Prime Video and HBO remains something of a head-scratcher. What advantage is there in banging the drum for Phoebe Waller-Bridge’s Amazon series “Fleabag,” for which the creator/writer/actress snared no fewer than three pointy-winged trophies? How does hyping “Barry” and “Game of Thrones” and “The Marvelous Mrs. Maisel” on the broadcast airwaves work in favor of those who are still in thrall to the hoary ad-supported TV model?

And while the competition snarfed up all the oxygen in the room, the host network gasped for air[time]. But for appearances on the dais by actresses Angela Bassett (“9-1-1”) and Taraji P. Henson (“Empire”) and some requisite mugging by “The Masked Singer” judge Ken Jeong, Fox was practically a non-entity during its own broadcast. Limited to four Creative Emmys nominations, Fox wasn’t eligible for inclusion in any of the televised award presentations.

Because the Emmys are now essentially a long-form promotional sizzle reel for the competition, the broadcasts themselves have devolved into a weird form of bloodless seppuku, a ritual of self-murder peppered by grim inside jokes and faux-humble speeches delivered by sprightly English people. Stranger still, the lionization bleeds into the commercial breaks; per iSpot.tv data, two of the five most free-spending advertisers in last night’s show were Netflix and Prime Video, with the former airing spots for the upcoming series “El Camino,” “American Son” and “The Politician,” while Amazon invested in teasers for “Mrs. Maisel” and the forthcoming anthology series “Modern Love.”

The proliferation of in-show ads for the streaming services is particularly tough to reconcile with broadcast’s long-standing NIMBY ethos, a guiding philosophy that effectively prevents one network from buying time in a rival’s programming. But for the occasional exceptions made during the NFL playoffs, you’re not going to see a CBS promo air on Fox or vice versa. Nor shall an NBC teaser pop up during ABC’s primetime lineup. It’s simply not how things are done, you see, and yet the same execs who maintain this moth-eaten policy are perfectly willing to do business with the arrivistes who are arguably more of a threat to the TV ecosystem. When you invite the vampire across the threshold, you only have yourself to blame when he tears out your throat.

Does the $30 million the networks can expect to pull in from Emmy advertisers outweigh the metric tonnage of promotion (paid and otherwise) afforded to the streamers and premium networks that are contributing to the ongoing decline in linear TV ratings? Outside of an undiagnosed craving for humiliation, is there any rational explanation for why anyone would choose to hire the Goodyear blimp to fly around town flashing the message, “MY WIFE LEFT ME”?

As much as the underlying psychology seems rather perverse, the networks have shown no sign of wanting to conclude their association with the annual observance of traditional TV’s creeping irrelevance. And while the Emmys producers are expected to put some effort into refreshing the broadcast (the first order of business should be to deposit last night’s joke writers into a hydrothermal vent at the bottom of the sea, where they can do no further harm), the show itself is in no danger of disappearing from the airwaves. The TV Academy last year reached a deal with reps the Big Four to extend the contract to broadcast the Emmys through 2026; up next in September 2020 is ABC.