Deadlocked commercial ratings for Fallon and Colbert take the air out of the political-comedy balloon. 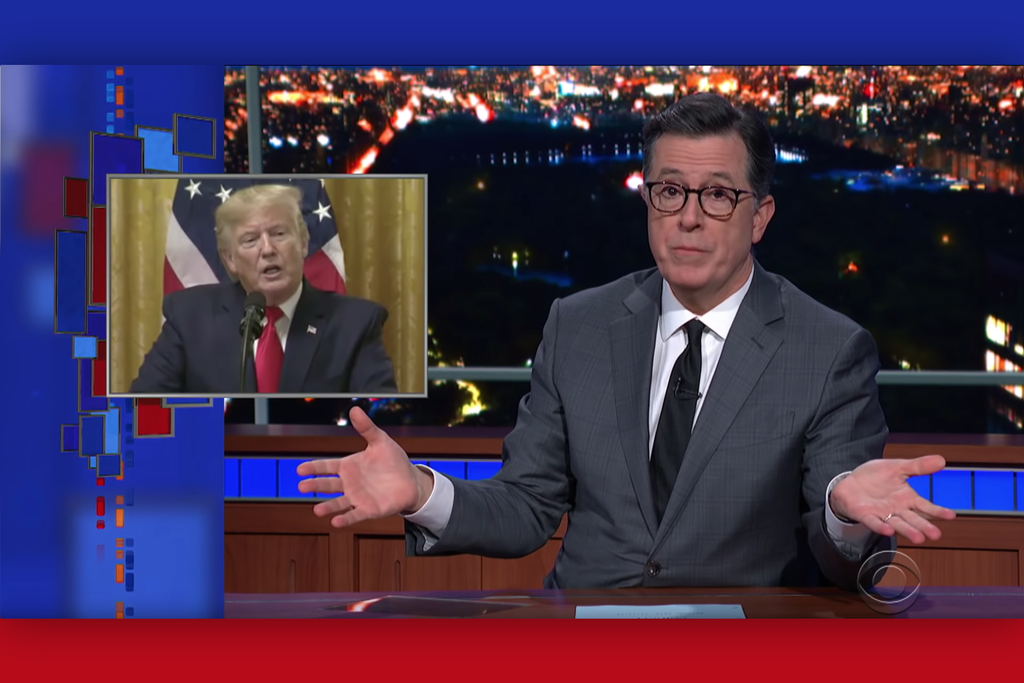 The Late Show with Stephen Colbert

While much has been made of the role politics has played in the late-night ratings wars, Nielsen commercial data for this season suggests that Trump Fatigue has effectively neutralized whatever benefits were to be had in aggressively lampooning the president. And regardless of how the story’s been spun everywhere, from the trades to the New York Times’ Style section, there is no winning late-night strategy; since Trump won the White House in November 2016, the six insomnia-hour broadcast shows have squandered more than 40 percent of their commercial impressions.

What are C3 ratings?

C3 ratings offer a weighted-average estimate of the advertising minutes in a given program, providing an inexact reckoning of the number of commercial impressions a show serves up within 72 hours (3 days) of its original airdate. Along with its more expansive counterpart, C7 (impressions within 7 days), C3 is the metric against which nearly all national TV inventory is priced and guaranteed.

According to the latest batch of C3 ratings data, CBS’s satirical “Late Show with Stephen Colbert” is deadlocked with its Beltway-agnostic rival, “The Tonight Show Starring Jimmy Fallon,” in the demo. Through the first five weeks of the 2019-20 broadcast season, a period extending from Sept. 23 through Oct. 27—the three-week lag in Nielsen’s processing of its currency data accounts for the not-entirely-comprehensive data set—Fallon’s show is averaging 477,000 adults 18-49 to Colbert’s 467,000, which when expressed as a decimal, works out to an advantage of 0.007 of a ratings point for NBC. In other words, “The Tonight Show” is averaging a 0.368 C3 rating in the dollar demo to a 0.361 for “Late Show.”

The rival late-night shows also have weathered similar declines in their respective demo deliveries, with Fallon’s C3 average dropping 18 percent compared to the analogous period a year ago, while Colbert’s ad impressions are down 16 percent.

Bringing up the rear in the 11:35 p.m. slot is ABC’s “Jimmy Kimmel Live,” which trails Fallon and Colbert with an average C3 delivery of 384,000 adults 18-49, which translates to a 0.3 rating. Kimmel’s commercial ratings are down 16 percent compared to the first five weeks of the previous season.

All told, late-night C3 ratings are down 19 percent year-over-year, while commercial deliveries for the 11:35 p.m. hour as a standalone unit are off 16 percent. Go back to the same five-week span in 2017 and late-night C3 ratings have fallen 32 percent, while a comparison to the first weeks of the 2016 campaign reveals a 41 percent decline in targeted commercial impressions.

Much of the confusion regarding late-night ratings boils down to the conflation of overall viewership with demo deliveries. As much as CBS is rightfully enthused by the way Colbert has built up his audience during the Trump era—after having trailed Fallon for more than a year, the former Comedy Central host began winning over newcomers in the wake of the president’s inauguration—the raw audience scores don’t have any impact on the actual advertising marketplace. Colbert’s audience last season significantly overshadowed Fallon’s (3.81 million total viewers versus 2.44 million), but his advantage among adults 18-49 was far less commanding; the winning margin of 18,000 members of the demo amounted to a 0.014-point edge in the final ratings.

When the three 11:35 shows are judged by their ability to convert views into commercial impressions, Colbert and Fallon are statistically tied, and Kimmel isn’t all that far behind. But no matter their approach to the headlines of the day and regardless of how many jokes the writers’ rooms pump out about Cheetos and “covfefe,” no show can said to be dominating the late-night power struggle.

Perhaps Fallon’s reluctance to wade into overt political territory may have once worked to Colbert’s advantage, as demo ratings for “Tonight Show” tumbled 42 percent during the first two years of Trump’s presidency while “Late Show” was down 14 percent. Or maybe Americans who found themselves bewildered by the White House’s daily distortions of reality really did find solace in a more politically minded late-night slate, only to grow weary of the diminishing returns.

Because none of this is funny.

However you may decide to assign causality—and bear in mind that everything on TV not affiliated with the NFL is in a ratings death spiral—the late-night battle as it stands today has been fought to a draw. In keeping with the ratings deadlock, Fallon and Colbert’s ad sales tallies are practically identical; per iSpot.tv estimates, since the season began both shows have booked nearly $63 million in airtime. And Kimmel’s haul is within shooting distance of that.

If weeknight viewers may have grown weary of all the D.C. yuks, the weekenders still seem to have the stomach for current events. According to the currency data, “Saturday Night Live” this season is averaging a hair over 2 million adults 18-49 in C3, which works out to a 1.55 commercial rating. That’s up 8 percent compared to the year-ago period.