While banner ads are past their prime, we wouldn’t be in this golden age of digital content marketing without them. 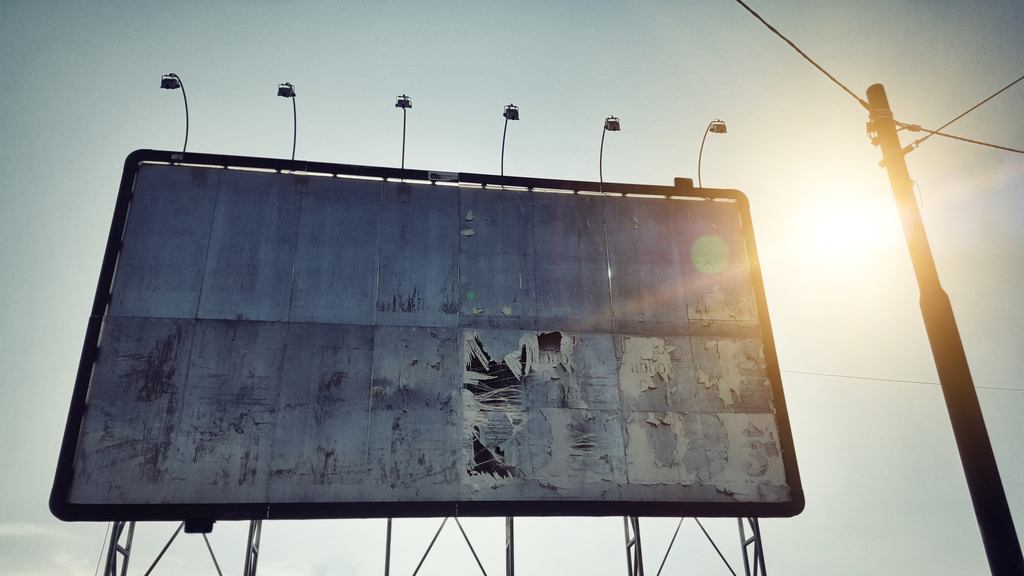 Get those champagne glasses filled and those party hats on; we’ve got an anniversary to celebrate. Twenty-five years ago, the very first banner ad (from AT&T) appeared on HotWired, and 44 percent of people who saw it gave it a click. Forty. Four. Percent.

The banner ad soon became a cornerstone of the early web and ultimately funded the free internet, making content democratically accessible all over the world.

Banner ads were revolutionary. They were game-changers. Like radio programs in the 1920s and soap operas in the 1950s, the internet ushered in a brand new way for brands to reach customers, and the banner ad was the most popular vehicle on the information highway.

But it’s not 1994 anymore (despite the resurgence of bucket hats). The internet has evolved from a series of pages into a vast and unique world of its own, and in today's digital landscape, banner ads are no longer welcome in most places.

It's time for the banner ad to retire.

The billboards of the world wide web

My first job out of school was selling real-world banner ads: billboards. Both billboards and banner ads are designed to stand out from their context to capture your attention and spread a message, whether it’s via 200 square feet of space on the side of the road or a 300x250-pixel image popping up as you scroll through a news story.

This approach is the complete opposite of other major advertising mediums where the ads match the look and feel of the content. In TV advertising, video ads are interspersed with video content, and radio ads blend in with the rest of the audio content. But billboards and banner ads found success by contrasting their surroundings.

Lost and found on the internet superhighway

Much like outdoor billboards, one of banner ads' key strengths was its ability to direct people to a new location with the click of a mouse. Who could blame those click-happy early internet users? In your pre-Google world (think back, way back), it was hard to find websites. We all had our go-to -- maybe Yahoo or MSN was your homepage for news, sports scores and gossip, and then you would type a URL right into the browser to check in on your Neopets or ask a digital butler for help.

But to learn about new websites, someone (or some ad) would have to tell you about them. So, banner ads helped with the desire to drive people to websites and the hunger to see more of what was out there in the Wild West of the internet. But when it came to building a brand, there wasn’t much to work with. People would click and go where you wanted them to go. Maybe they’d come back later, maybe not.

When Google Search came into our lives in the late 1990s, we suddenly didn’t need ads to point us in the right direction anymore. We take it for granted now, but it was a revelation to be able to seek out the things we wanted or needed by typing into a search bar. This new method of discovery changed online advertising (and even the way we think) forever. And yet, advertisers had been trained to willingly pay for those clicks, and where there is money, there is fraud.

With a newspaper, for instance, it’s harder to fake an audience. You have to print and deliver the physical copies. But the internet is an opaque world where if an Excel report says “100,000 people clicked on your ad,” you have to believe it. Because the truth is, the internet isn’t people, but rather pages loading on screens. And that’s why it’s so easy to fake.

Fraudsters took advantage of that loophole, and it was a great business opportunity. If you have no moral compass, get into digital advertising -- it’s a lot lower risk than, say, drug trafficking and much easier to fake the results. A whole cottage industry of fake clicks popped up. There were click farms, with literally hundreds of people in a room clicking on ads, and bots that would take over computers to click on ads in the background.

These illegitimate marketing companies could create traffic out of thin air -- for a price. And once it became known that a percentage of everything was fraud, the value deflated. Having infinite inventory hardly helps with supply and demand either. The banner ad market has long been headed for a crash.

Many of the most-used sites and apps on the internet today -- Google, Facebook, Instagram -- all started without ads, and today, none of them have banner ads. Neither do newer entrants, such as TikTok or Snapchat. Sites and apps today are focused on building a base of users first and know interruptive ads discourage that. Plus, with the move to mobile, there’s just no room left for banners.

Of course, all of these sites do embrace advertising in some form today, but in ways that match the user experience. Ad units aren’t blocky banners, but sponsored content that matches the look and feel of the content that drew users in the first place -- a photo post on Instagram, a top-of-the-rankings text link in Google, etc.

This is how successful ad distribution works today: Post the same way as users do. Boost that post to get it in front of the right people, and if it feels natural to the content they came for in the first place, they’re going to be happier about their user experience and more likely to engage with your brand. It’s a win for everyone involved.

While banner ads are past their prime, we wouldn’t be in this golden age of digital content marketing without them. So, cheers to 25 happy years, but now it’s time to enjoy a well-earned retirement. Make sure to tell Friendster we said hi.