This cryptic tweet is surely a new way to drum up attention for a Super Bowl spot. 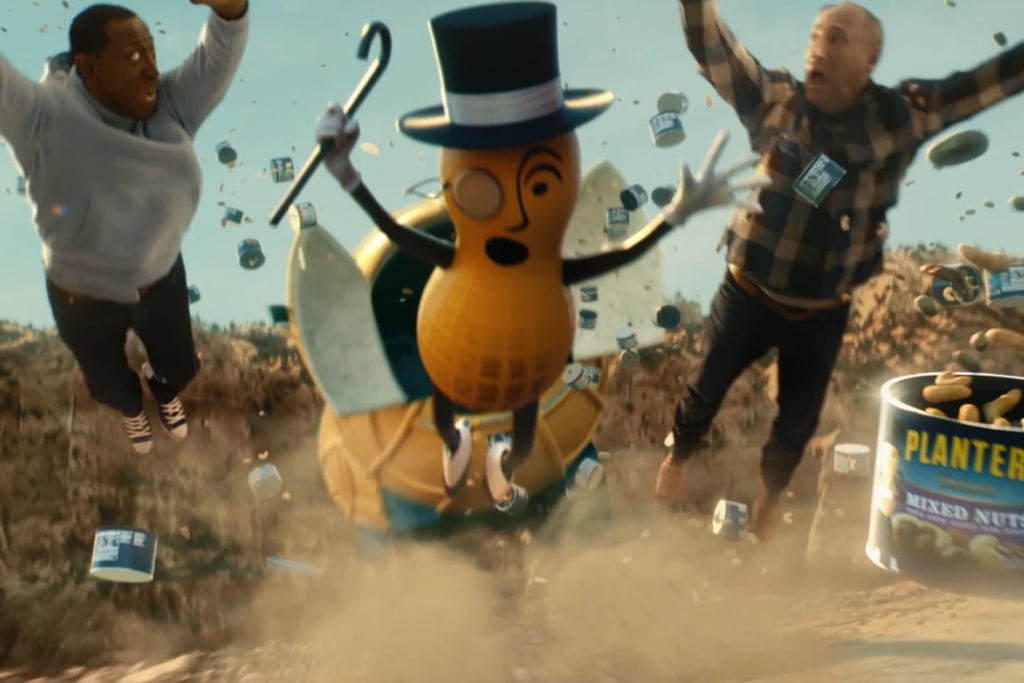 Planters has leaked what appears to be its upcoming Super Bowl spot. Fans of Mr. Peanut, you’ll want to brace yourselves.

According to Mr. Peanut’s Twitter profile, the “final final” spot for the “Big Game” shows the spokesnut and two guys driving along in the Nutmobile, singing along to Cutting Crews’ “(I Just) Died in Your Arms,” as they take a scenic drive on a winding road. Then an animal gets in their way.

As the three passengers — and their can of Planters nuts — are flung from the Nutmobile they hang on a branch for dear life. As the branch begins to break, Mr. Peanut makes the ultimate sacrifice.

No word yet on whether this is the official Super Bowl ad, and if so, if it was leaked intentionally. The tweet has been live for hours. It could also be a teaser to the Super Bowl ad, meant to drum up attention.  A representative for Planters' parent company Kraft Heinz did not immediately return a request to comment.

Last week, the brand announced that actor Matt Walsh, who appears as one of the guys in the Nutmobile in this spot, would star in its commercial, which comes from VaynerMedia.

||We have one note abo

ts because they come in pods?