Apple’s “1984” is credited with sparking modern Super Bowl ads, but Clio Hall of Famer “Monks” has a claim too. Xerox in the 1970s tasked Allen Kay and his Needham, Harper & Steers colleagues with not just promoting its 9200 copier -- there were only 25 potential buyers anyway, Xerox thought -- but impressing Wall Street. The client rejected an ad speaking to the 25 and one starring a bookie at the track, Kay recalled:

Laying in bed that night I continued the chain of thought. What were the first printed pages? Written by Egyptian scribes in Sanskrit on papyrus. Pictured an ancient Egyptian sitting on the bank of the Nile scratching words with a reed on sheet after sheet. Then what? Damned if I know, so I fell asleep. Then my mind went into auto-pilot. I tossed and turned somewhere in between being asleep and awake. Thinking about that scribe quill in hand. Pretty picture but he was going nowhere. Slipped into semi-sleep again. .... All kinds of images like sugarplums danced in my head. Joan of Arc. Was she a reader? King Richard III, "A book, a book, my kingdom for a book!" What kind of book? He's on the battlefield. Of course, a bible! Who made the bible? A monk. Working on illuminated manuscripts In the catacombs of a monastery. Whooo. I knew I had it. It was 4:00 AM. I picked up the phone and called my beloved partner Lois Korey as I often did at all hours of the nite. She answered, "Hello Allen," sounding annoyed as she always did when I woke her at an ungodly hour. "A monk!" I said. "Great idea," she whispered, "See you in the morning."

As luck would have it I had friend in the City Gov't that knew the Cardinal and was willing to show him the commercial. The Archbishop loved it! Said it humanized the Church and the Church needed all the humanizing it could get.

That was enough to run the ad, comedian Jack Eagle playing cherubic Brother Dominic, just before kickoff in Super Bowl X. (Other pre-kick ads of note: Foot Locker's "Futuristic" and Hyundai's "First Date.") As ESPN later wrote, “Once an ad has fun with monks, the flood gates of irreverence are open." 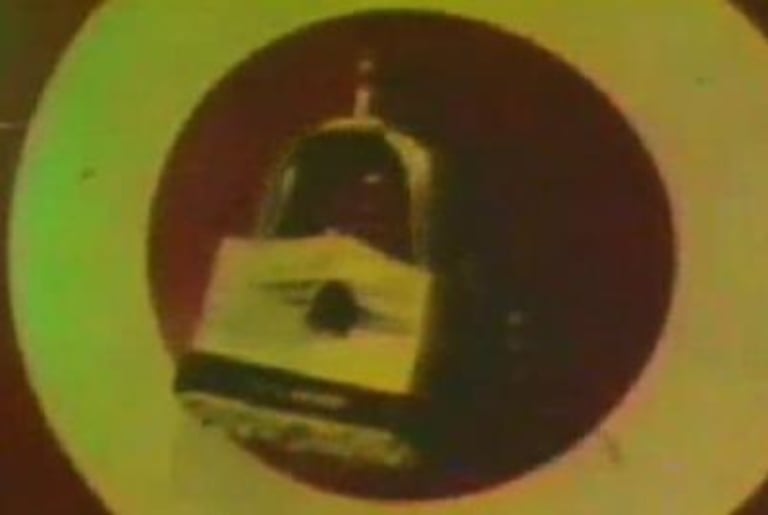