Production Company of the Year

Shop tackled ‘dream projects’ with innovation and a fresh perspective 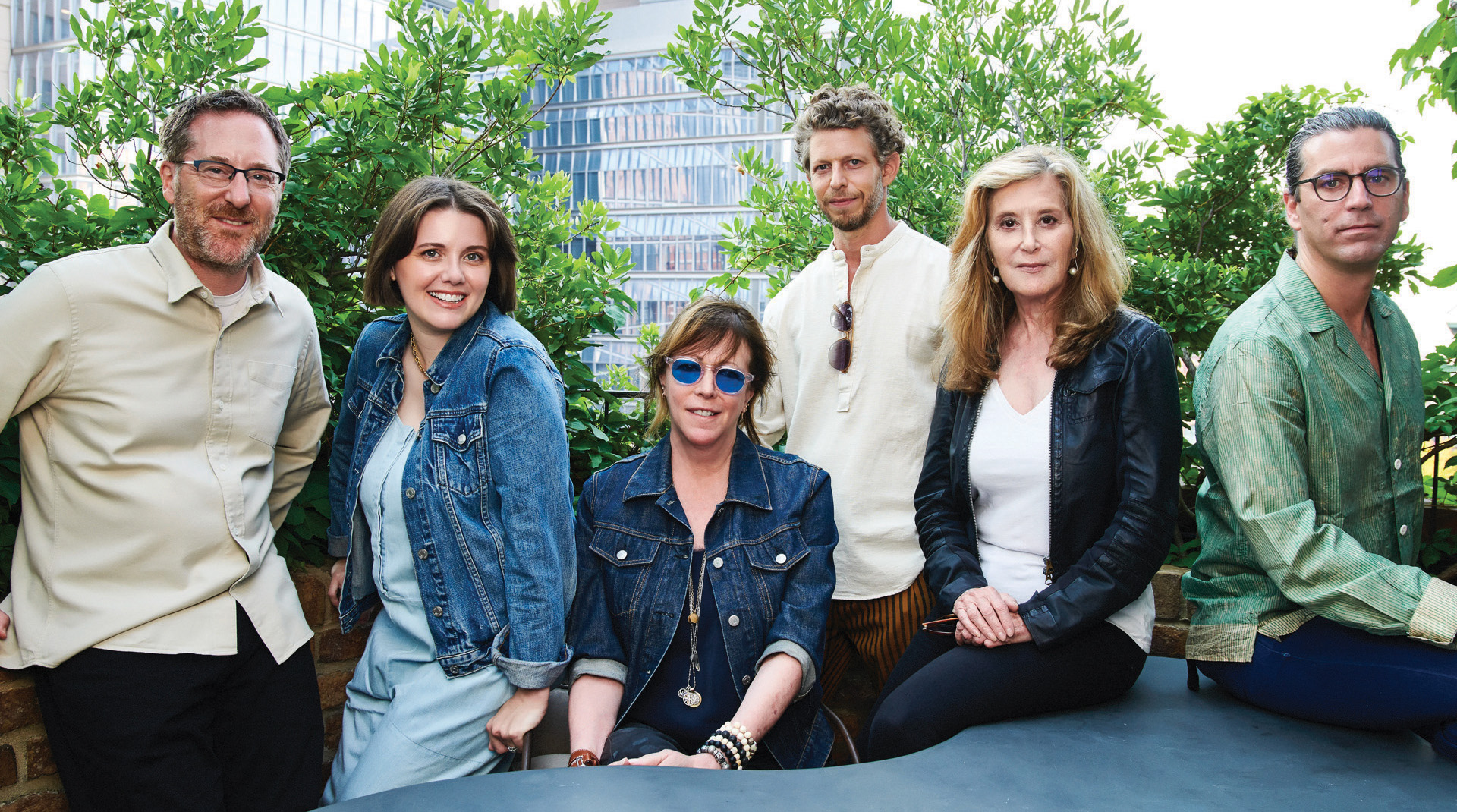 M ss ng P eces is so named to reflect that it brings the missing pieces to the table as the industry shifts. And 2021 was when those “pieces just came together,” said Founder and Managing Partner Ari Kuschnir.

Long known for its innovative and tech-savvy approach to storytelling, the Brooklyn and L.A.-based production company doubled its revenue from 2020 to 2021, making 2021 its most financially successful year since its launch in 2005. It earned its first Cannes Lions Grand Prix, for Tinder’s “Swipe Night” campaign via 72andSunny. And in July, it was acquired by multi-platform entertainment company Tribeca Enterprises.

“There’s been a kind of unstoppable momentum in the past year, even considering the pandemic and challenges in producing and the state of the world,” said Kuschnir. “And then there’s a snowball effect, and you find yourself doing the dream projects.”

Those dream projects have included installing a portrait of Vice President Kamala Harris made entirely of intricately broken glass on the steps of the Lincoln Memorial in Washington, D.C., in the days after her inauguration. Director of Immersive Content and Executive Creative Director Mike Woods worked with artist Simon Berger to create a 3D likeness of Harris and an augmented reality experience.

Managing Partner Kate Oppenheim describes the work as a “beautiful project” that “couldn’t have been more challenging” from a logistics standpoint. Those challenges included shipping an artwork literally made of broken glass across the ocean from Europe, installing it during the height of COVID-19 when live-action production was shut down, then dealing with the National Mall becoming a high-security zone after the Capitol riots. Nevertheless, they pulled it off, and Harris herself even later visited the installation incognito. 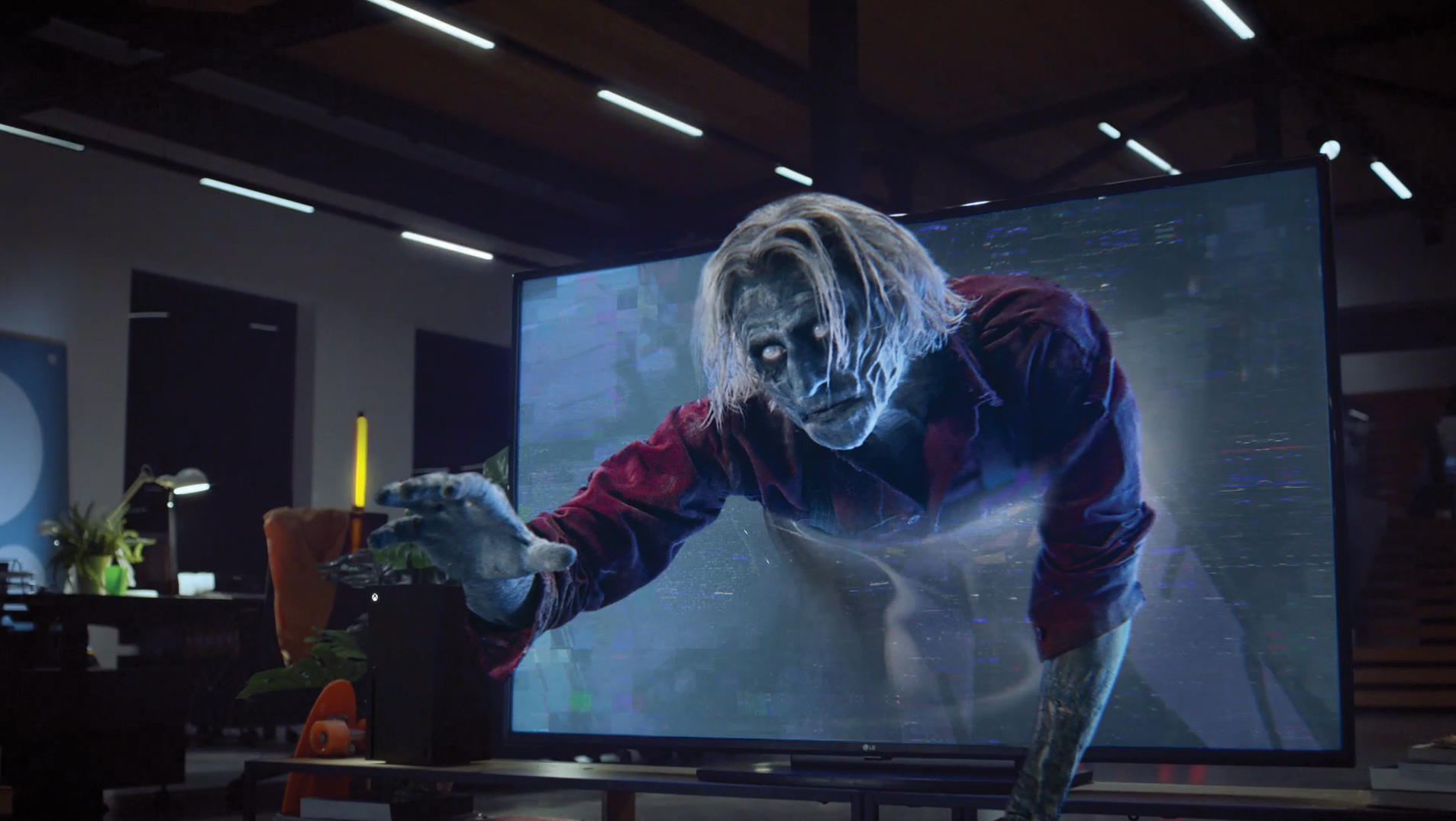 In a spot  for Pringles with Grey London, a zombie character climbed out of Microsoft Xbox game “West of Dead.”

‘Zombie ambassador’ Another ambitious task, from snack brand Pringles and Grey London, involved taking a zombie character out of Microsoft Xbox game “West of Dead” during a live Twitch session and placing him in a series of branded content films directed by Conor Byrne, before he returned to the game as a Pringles brand ambassador.

Several of its projects addressed the pandemic from a fresh perspective. Lance Oppenheim created a haptic shirt for immune-compromised people to feel human touch with the “Hug Project” for Cox Communications and FCB. And Danielle Levitt directed a hilarious pandemic-inspired musical spot for Eos with Mischief @ No Fixed Address, with an original song that captured the excitement of getting back to mundane activities after quarantine.

“Working in a pandemic has forced us to revisit how do we do storytelling,” reflected Managing Partner Brian Latt. “We had to start with the basics, and work out what is the most entertaining and engaging story?”

Mischief’s Executive Creative Director, Bianca Guimaraes, describes M ss ng P eces as “a production company made for now. They’re fast, personable, super collaborative. They are the type of production company that knows how to be a great partner, adding to the process and making any idea better.”

Meanwhile, Gerry Graf, founder of Slap Global, said: “They love a good story as much as I do but they’ve found a way not to tell them in a linear, traditional way. It’s more like looking at a Seurat painting.”

With the Tribeca ownership in its early stages, M ss ng P eces has already produced two branded content pieces in honor of the film festival’s 20th anniversary. The future of the partnership, according to Oppenheim, will see it “really pushing what it means to be a production company for brands and entertainment.”