What adland's reaction to WWII reminds us about coronavirus

Levity will be scrutinized
READ THIS NEXT
As Verizon tries to offload HuffPost, a history lesson from Rupert Murdoch 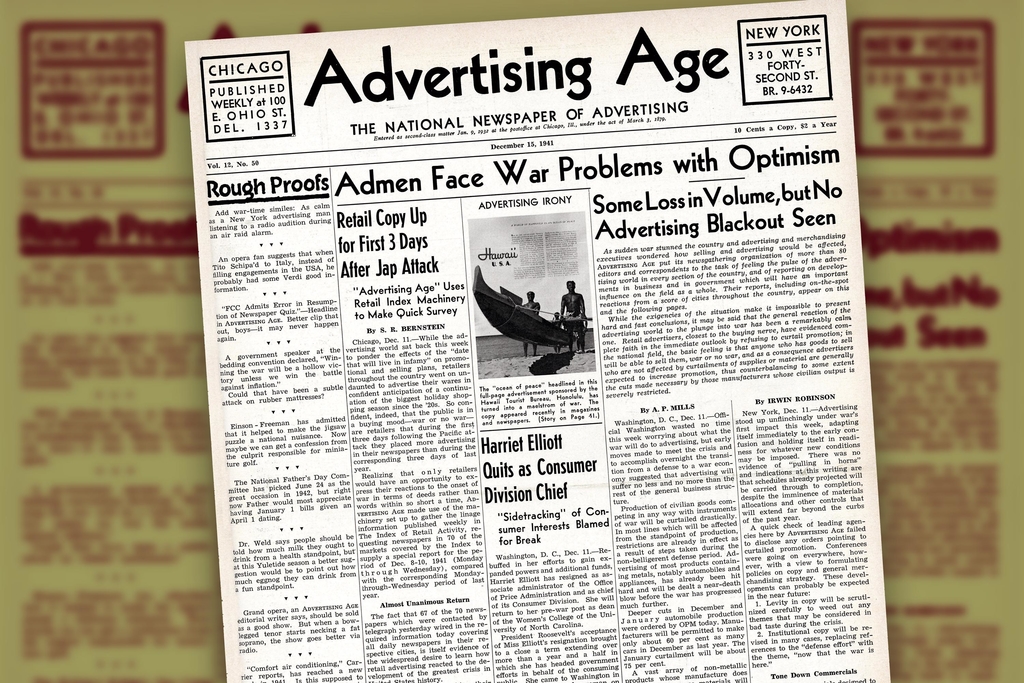 Our collective fight against the spread of the coronavirus has been likened to a war. Donald Trump has compared himself to a “wartime president.” President Xi Jinping of China called his country’s suppression effort a “people’s war.” A recent piece in Foreign Policy argues that “the coronavirus war economy will change the world.”

And indeed it already has. In an effort that recalls World War II specifically, the U.S. auto industry has suspended vehicle manufacturing and switched to making medical equipment and ventilators. Alcohol brands including AB InBev and Diageo are making hand sanitizer, as are beauty brands Estée Lauder, L’Oréal and Coty Inc.

Three-quarters (74 percent) of media buyers, planners and brands surveyed by the Interactive Advertising Bureau said COVID-19 will have a bigger impact on advertising than the 2008 financial crisis. Nearly a quarter (24 percent) of respondents paused all advertising spend for the rest of the quarter.

All the talk about this moment in time is about how “unprecedented” it is.

But Advertising Age published its first issue after the attack on Pearl Harbor just eight days later, on December 15, 1941, and it is filled with familiar reportage. It was a moment in time when everyone was forced to improvise in real time—including our own newsroom.

“Advertising of most products containing metals, notably automobiles and appliances, has already been hit hard and will be dealt a near-death blow before the war has prolonged much longer,” we wrote. Elsewhere in the copy, a subhead declares “Auto Men Unhappy.”

Ad creative was affected immediately. “Levity in copy will be scrutinized carefully to weed out any themes that may be considered in bad taste during the crisis,” we wrote. “Radio commercials designed to jolt listeners with such openings as ‘Flash!’ or ‘Women! Here’s a startling piece of news’ will be dropped in favor of more restrained appeals.”

News readership soared, much as our own web traffic is skyrocketing today. Travel and out-of-home advertising suffered, as it suffers now. “Some copy, such as the Greyhound advertising aimed at soldiers traveling on furlough, was naturally killed,” we wrote. “Outdoor advertising was also hit hard by the necessity of turning off lights due to air raid alarms.”

Of course, now we know how the war played out. Back then we were flying blind—much as we are today. 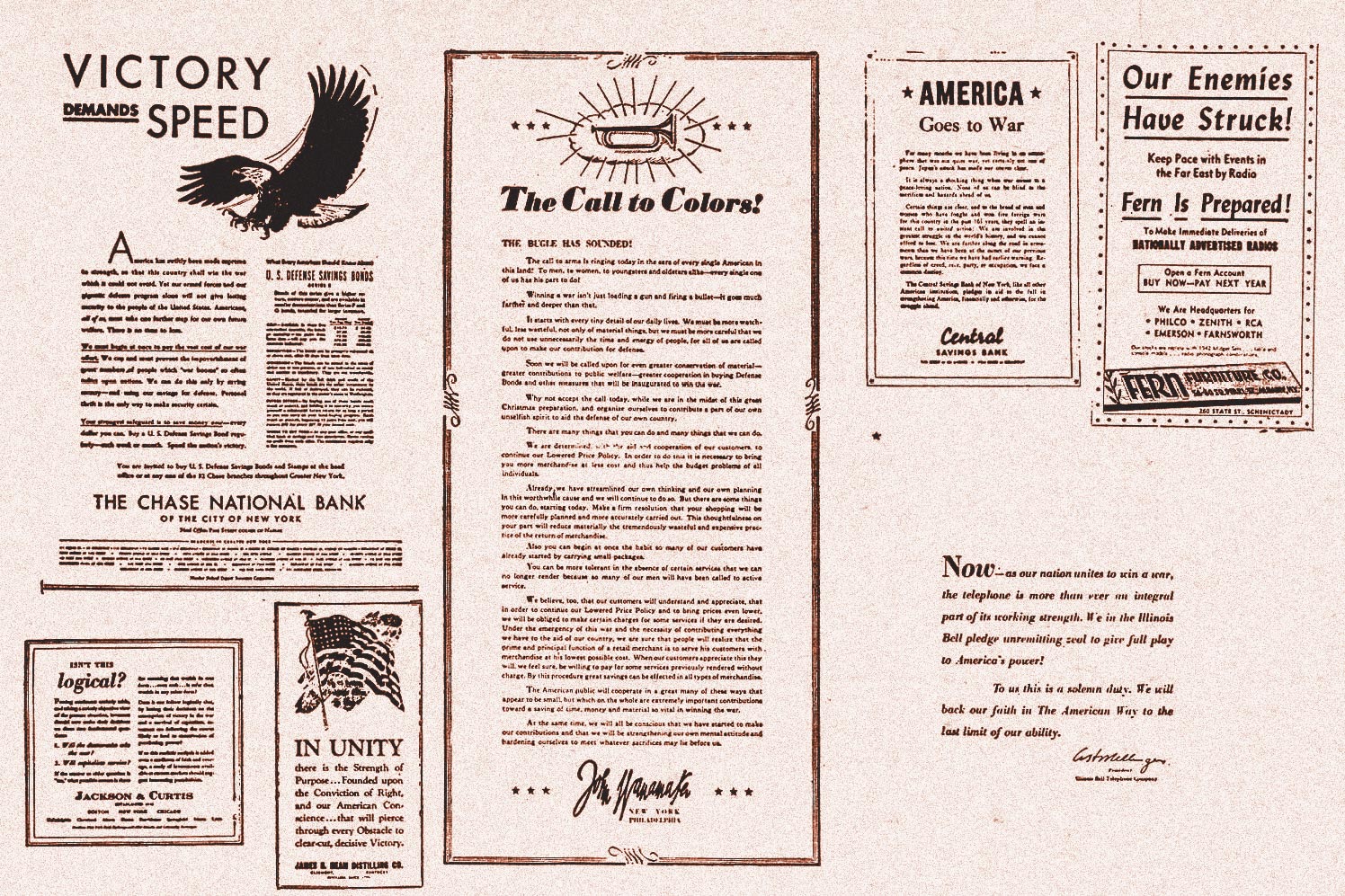 The package's inset, entitled “ADVERTISERS SOUND A QUICK CALL TO COLORS,” explains how advertisers were reorienting messaging on the fly to rally ‘round the flag.

“These are samples of the speed with which stores, banks, utilities, financial houses, and manufacturers answered the declaration of war last week on the United States,” we wrote. “Spreading westward from New York, copy appeared in newspapers throughout the land promising all-out aid in the battle against the Axis powers.”

Then, as now, victory demanded speed.