Purpose marketing has become the advertising industry’s hottest buzzword, and with good reason. Among  millennials, 83% report they prefer buying from companies that are aligned with their values, and 71% of consumers overall believe it is important for brands to take a stance on social issues.

But aligning a brand’s marketing messaging with its stated values can be more difficult than it seems. Authenticity is key, and consumers—especially the millennial and Gen Z audiences many brands are targeting—are quick to be skeptical of purpose-driven campaigns that seem more driven by marketing than by purpose.

As a result, many brands are successfully turning to entertainment as a way to advance both their purpose-driven marketing initiatives and their commitment to a social movement or cause.

One brand that’s ahead of the curve is General Motors, which recently made a massive commitment to vehicle electrification as part of its Zero Zero Zero vision—the company’s commitment to what it calls “zero crashes, zero emissions and zero congestion.” GM understands that widespread adoption of electric vehicles, and the climate benefits it entails, will only come as the result of a broader social movement. GM has turned to entertainment as a key element of its ambitious plan to transition the cars we drive in the U.S. and around the world from combustion to electric engines.

As Sarah Schrode, head of entertainment and influencer marketing at General Motors, recently remarked during an Ad Age Next: Streaming panel, “Entertainment truly is a cultural gatekeeper. We see trends on our screens that carry over into culture and into our daily lives. At GM we want to align our electric vehicles with characters on screen that people know and love to help normalize electric vehicles to viewers, and help them see themselves as being an electric vehicle driver.”

In utilizing entertainment to inspire both hearts and minds around electric vehicles, GM is taking a step that will be good for both its bottom line and its social mission.

The ability of entertainment to be a critical component of purpose-driven marketing campaigns extends beyond environmental topics. Earlier this year, condom manufacturer Durex partnered with the rapper Lil Nas X to raise awareness of sexual wellness and safe sex during Sexual Health Awareness Month. The brand was boldly integrated into the massively popular artist’s music video for “That’s What I Want,” and into an Instagram post where he encouraged fans to recognize sexual health and wellness.

The video reached over 30 million views in its first six days after release, while the post on Lil Nas X’s Instagram Feed quickly accumulated millions of likes. What’s more, these moments focused on safe sex through a same sex relationship—something that is rarely showcased in entertainment or advertising.

Sentiment about the campaign on social media was overwhelmingly positive and the conversations online applauded both the brand and artist for raising awareness of safe sex in general and in particular within the gay community. The results were beneficial for both the brand and the cause: After watching the video, 63% of research respondents stated that they were more likely to practice safe sex, and 74% of those 18 to 24 stated that they would consider buying Durex the next time they shop for a condom.

The key to success with any entertainment marketing effort—and especially with purpose-driven initiatives—is ensuring authenticity. Old Navy’s long-standing commitment to create clothing for people of different shapes, sizes and backgrounds was central to its recent product placement campaign that was recognized with an Adweek 2021 Brand Storytelling Award.

Old Navy teamed up with BEN to support storylines from diverse creators that were centered on increasing representation and promoting inclusion. Again, the results were beneficial for both the brand and the cause: As a result of its segment in the GLAAD award-winning series “Queer Eye,” Old Navy saw a 22% increase in positive responses to the statement, “Old Navy offers clothing for all body types,” and a 20% increase to the statement, “Its clothing has a diverse range of consumers.”

Old Navy’s consistent commitment to representation allowed its appearance in “Queer Eye” to feel natural to the viewer as well as to the creators and stars of that show. While content can certainly be king for driving social or environmental change, ensuring alignment between the message and a brand’s well-established values is as important as the medium in which it is delivered.

BEN Group Inc. is an entertainment AI company that integrates brands into influencer, streaming, TV, music and film content with guaranteed ROI. BEN’s product placement business is the recognized global leader in product placement. With over 40 years of experience, exclusive relationships with the Producers Guild of America and productions around the world, and industry-leading AI technology, BEN’s story-driven placements help brands more effectively connect with their consumers. 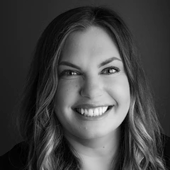 Erin is chief product placement officer for BEN, a Bill Gates company. A recent Cynopsis Top Women in Media honoree, Erin leads BEN’s efforts to help brands navigate the shifting entertainment and advertising landscapes. With over 15 years of experience in the industry, Erin has been involved in iconic product placements including James Bond switching his favorite drink to a Heineken, Ant Man working in a Baskin-Robbins instead of a Chipotle, and Steve and Nancy eating KFC’s finger-lickin’ good fried chicken in Stranger Things.