We are the 0.1%: Why the ad world needs more female founders | Ad Age
Skip to main content
Sign In Register

We are the 0.1%: Why the ad world needs more female founders 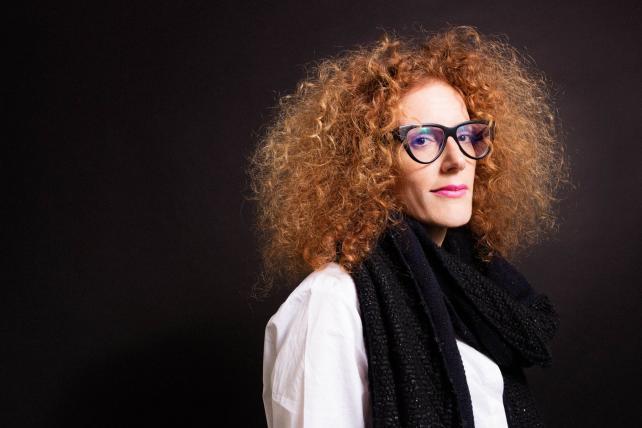 In a post-Gustavo Martinez, #metoo age, we still see headlines that proclaim that advertising remains a boys' club – to which every semi-sentient being says, "Well, no shit." One CEO's fall from grace is not going to change a culture that has always favored men over women. But we – the women in this industry who know it can rise to become so much more – have the power to disrupt this generations-old pattern by becoming our own bosses and crafting a better version of advertising.

Change within the industry is coming slowly. Leaders within agencies pat themselves on the back for baby steps like increasing paid time off for new moms even while female employees make half of what their male colleagues earn. Advertising gets away with these warm and fuzzy gestures in part because it's not being penalized for continuing with the status quo.

Women who start agencies can change that. We need more of them.

For starters, it's what brands need

By definition, women who start agencies are iconoclasts. We're doing something radically different than the industry standard.

Brands should be clamoring for agencies like ours, which aren't tied down by a traditional shop's bureaucracy and politics. After all, to cut through the saturated, noisy landscape and capture the attention of everyday Americans – who, estimates suggest, see and hear more than 5,000 ads a day – brands need clarity of vision and execution.

Female leaders tend to prioritize hiring people from a variety of colors, ethnicities and backgrounds, including working moms, nerds and introverts. These diverse perspectives help brands connect with populations traditional advertising has ignored and talked down to – like women, who account for 85 percent of the country's purchasing power.

Brands pay lip service to diversity and inclusion, but money talks: They continue to award work to business-as-usual agencies, and to no one's surprise, advertising continues on its misogynistic path.

It's time to call out brands for their role in changing the status quo – and getting the unconventional thinking they so desperately crave. The more brands consider and hire women-founded agencies, the more women will make the leap to start their own shops, and the more positive change we'll see in advertising.

According to Fast Company, nearly half of women dream of starting their own business but only 12 percent think it's even possible, and an even smaller smidgen actually do it. The trickle of female ad entrepreneurs means we have too few examples to look to (and veterans to ask questions of). Is it any wonder, then, that only 0.1 percent of the ad agencies in the U.S. with national or international accounts are founded by women?

Men, on the other hand, witness plenty of role models who strike out on their own. What's more, I've watched these founders take along male colleagues much more often than bringing along women. The pattern creates an exclusive treadmill to the top.

Access to funding also restricts female entrepreneurs. In 2017, women received just 2 percent of all the funds flowing from venture capital investors. The share drops close to zero for women of color.

I used to push back against calling myself out as a woman, partly because my family supported my ambition and provided plenty of female role models. Take, for example, my great-aunt, who earned her PhD from the University of Cairo in 1950 when female enrollment was just 1 percent. She then went on to become not only the first female professor of history at the Lebanese University, but the first female Dean of the faculty of Arts and Sciences in 1971 – proving we don't have to limit our dreams or underestimate our power to get shit done.

That's true, but there is also power in owning our woman-ness and the unique perspective we bring to the business. It's past time to play our woman card – in part because it makes good business sense.

Consider, for example, that when there are more women in top-management positions, the company tends to earn more. Research on more than 20,000 publicly traded companies showed that organizations with at least 30 percent of leadership roles filled by women saw an average of 6 percent increase in profits. And startups with at least one female founder perform more than 60 percent better than those with an all-male team.

That initial leap away from a job that pays the water bill and student loans and childcare is terrifying—but we women make it way scarier than it needs to be. After all, you're already wearing a parachute.

That parachute is you. Women have been conditioned to downplay their own strength – by letting male colleagues float risky ideas because they're less likely to get shot down, or by enduring repeated micro-aggressions, like directing the only woman in the room to take meeting notes or fetch afternoon cold brew.

Not everyone is going to quit to found her own agency (although I wish a lot more women would do just that). But regardless of where you are in your career, you can be a catalyst for change.

So let's own this. Starting with women who have already founded their own agencies: It's time we founders speak up and lend our own support to the women still grinding in the agencies that they, too, can become the leaders this industry needs.

Mira Kaddoura is the founder and ECD of agency Red & Co.

Mira Kaddoura
View all articles by this author