Agency Brief: One to enjoy in the, uh, privacy of your open office | Ad Age
Skip to main content

Agency Brief: One to enjoy in the, uh, privacy of your open office 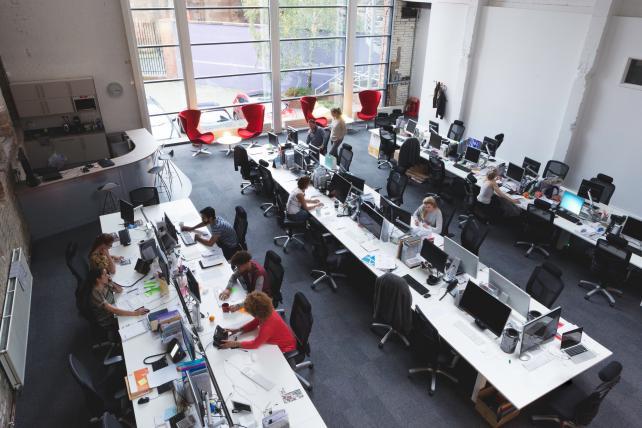 It's not a new concept by any means, but it seems to have reached heightened levels this year in adland: The open office.

GroupM shops recently moved together into an open plan at 3 World Trade Center, and on Omnicom's earnings call last week leaders spoke about consolidating real estate by moving to open, campus-style hubs. Then there's "hotdesking" — which means you share your desk with other people (and, believe it or not, has nothing to do with drugs).

Here in news land, we've always known open offices are great for the purposes of sharing ideas, flu germs and highly personal information with your coworkers. I chatted with a few agency folks about the trials and tribulations of the open office life and, I must admit, was thoroughly entertained. "Rat studies since the 1960's have shown that rats living in crowded open spaces exhibit unusual behaviors including occasionally attacking each other and pregnancies not carried to term," Erica Fite, Fancy co-founder and creative director said in an email. "Good thing we're not rats?"

Her co-founder and creative director Katie Keating says "open offices are great… for encouraging people to work at home." And when you're on deadline, they're great for hide-and-seek from your editor! I mean… boss. [Editors note: Nice try, Meg.] "The good thing about the nomadic office lifestyle is that no one ever knows where to look for you," says Keating.

Another exec I can't name pointed out that the move to open offices are "about money, pure and simple. ... there hasn't been one study that says open offices make employees more productive, in fact quite the opposite."

This person called open offices a bit overwhelming. "It's an assault on the senses. No dividers means I have to not only hear but also watch every deep conversation people have about where to go for lunch." But there are advantages, they say. As one planner told told an agency exec, "I can leave early, because no one know where I am anyway!'"

"I very much want to love open plans, because they feel cool. But in practice, they seem to be distraction factories," he says. "Once, I was trying to get work done and was wearing headphones — the 'open office' equivalent of having your door shut — and someone literally threw a crumpled piece of paper at me to get my attention. I think they neglect to understand some core aspects of human behavior. People need some space of their own sometimes. I'd love to see some kind of hybrid, where people are encouraged to hang in an open area as much as possible — but also with plenty of available private spaces for when people need to focus, make a call, or decompress for a while." He adds that there are probably problems with that, too.

"I sit at a large oval table, in a wide-open space, with colleagues to my right and left, front and back," she says. "Seriously, I love it and can't imagine working any other way. After coming back from business trips, we all return to our communal table, sharing stories from the road, words of wisdom, hilarious tales, new discoveries. It's immediately invigorating. And that's a good thing!"

Maggie Landon, media director at Moving Image & Content, agrees the setup is advantageous to the agency. "By design, the open environment helps establish more of an even playing field, removing the formality of entering an office and allowing more junior team members to participate in open conversation. The sense of team helps to establish a cohesion that carries through to a collaborative way of working," she says.

And, a bit of a rarity these days, Obviously founder and CEO Mae Karwowski, says she shop is "pretty staunchly opposed to open office plans."

"Instead we opt for lots of smaller spaces, on the same floors, with distinct teams and a ton of conference rooms," she says. "We all find it cuts down on the interruptive, unavoidable, 'Oh hey!' requests shouted across the floor. We put a strong emphasis on conscious collaboration: go have a real meeting versus just swivel your chair around and hope the other person is ready to chime in."

Plus, "It also really cuts down on noise-canceling headphones."

Go forth and openly ideate, dear readers. And see you next week.

Eyes on the road

Happiness Brussels, part of FCB, worked with OVK/PEVR, an organization that represents parents of road victims, this week launched BlindMeters.com. The site has turned Google Maps into a text editor, allowing people to see how long a given text keeps their eyes off the road. It told me typing out "Did u read my story" at 50 mph would be 208 meters on Beethovenstraat in Vilvoorde, Belgium. "In order to change that behavior we wanted to literally let people experience how many meters they are actually driving blind," Geoffrey Hantson, chief creative officer of Happiness Brussels, said in a statement. "Because even though most people know, nobody really realizes how many meters they are really missing." The campaign began earlier this week out of Belgium.

A new kind of UM at IPG 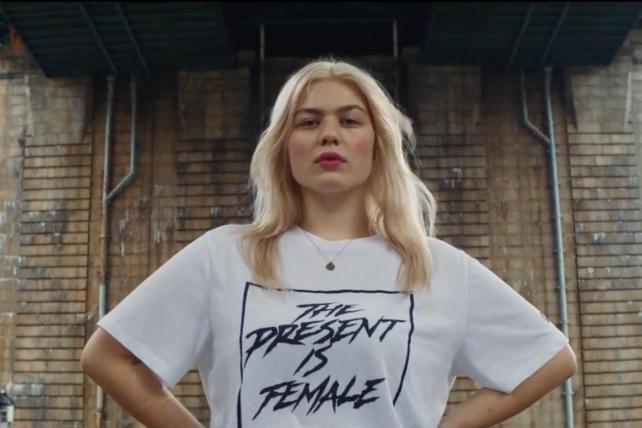 DDB New York is working with Cotton Incorporated and clothing brand and retailer Opening Ceremony on a new video celebrating cotton T-shirts as the "canvas of self-expression." The cotton brand and clothing store also collaborated on a limited edition shirt with a black box on the front to allow for customization. "The Most Powerful Tee" video features historical footage and individuals using the T-shirt for their own messages, like "No more child soldiers" or "God doesn't blink." 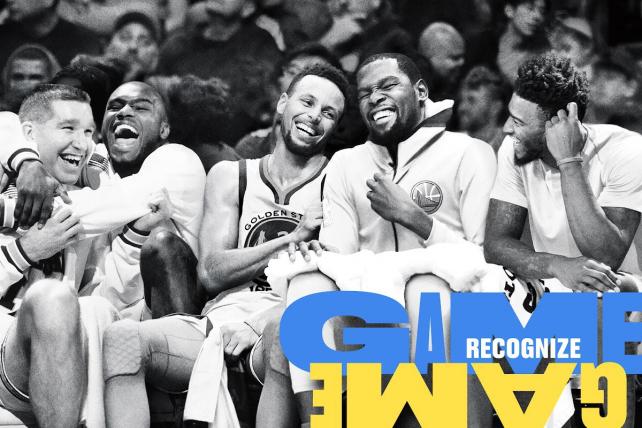 Duncan Channon's "Game Recognize Game" for the Golden State Warriors features out-of-home work in the Bay area which show players from today alongside "iconic Warriors across the decades." TV spots also show a "cross-generational" Warriors game with players like Rick Barry and Baron Davis that play with Steph Curry and Kevin Durant. "Seeing a Warriors super-team built across generations feels like the ultimate gift to the fans, and a natural fit for a team that routinely acknowledges the work and history that precedes their accomplishments today," co-founder Parker Channon said in a statement.

Thomas Crampton is joining Edelman as the global chair of its digital practice in London. Crampton was previously global principal leading the marketing transformation practice at Ogilvy Consulting in London.

Effie Worldwide has brought on Veronica Parker-Hahn as senior VP of growth and innovation, a new position at the organization. Previously, she was a marketing consultant, with former stints with FCB, DDB and BBDO.

Patrick Palmer — formerly a partner and strategy practice lead at Chicago's VSA Partners — is going to Purple Strategies to become a managing director.