Is the Ad-Awards Race Crushing the Client? | Ad Age
Skip to main content

Is the Ad-Awards Race Crushing the Client?

Ford Red-Faced Over Figo Fiasco, But Are Creatives to Blame in High-Pressure Hunt for Hardware? 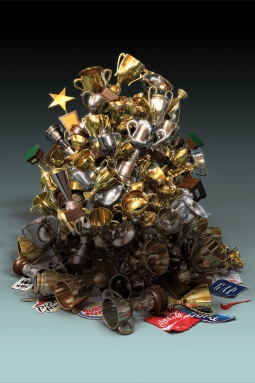 Fake poster ads done by JWT India creatives, showing women bound and gagged in the trunk of a Ford Figo hatchback, created a firestorm for Ford around the globe when they were uploaded to the Ads of the World website. The Figo fiasco quickly escalated when it emerged that JWT India had entered the work in India's Goafest ad festival. Bobby Pawar, the agency's chief creative officer, withdrew the ads in the middle of the judging, but the damage had been done.

Mr. Farley's plight highlights the minefield marketers face when their ad agencies put their zeal for creative awards ahead of the brand's best interests and indulge in "scam ads" that don't go through the normal approval process. "Clients don't know that this is happening," said Nancy Hill, president-CEO of the American Association of Advertising Agencies. "Creatives have done this for so many years on their own but with it getting out in public, this has got to be a wake-up call. Creative directors have to take the responsibility … and ask 'WWCT: What would the client think?'"

Scam ads also raise disturbing questions about whether pressure from the top ranks leads creatives to push limits to win awards that will propel their employers into agency-, network- and holding-company-of-the-year status at prestigious award shows. The Cannes Lions International Festival of Creativity, for instance, has become a creative arms race between JWT parent WPP and Omnicom Group since introducing a holding-company-of-the-year award several years ago.

How fake were those three Figo poster ads? Award shows like Goafest require at least a token media placement and both agency and client execs to sign off on entries, but the approval letters can be vague. Shashi Sinha, who oversees Goafest and is also CEO of IPG Mediabrands in India, said it was "a gray area" as to whether the Ford client was fully aware of the ads' content, because the client-approval letters for the Ford Figo ads didn't include descriptions of the work.

JWT India last week fired Mr. Pawar, along with Vijay Simha, the senior creative director on WPP's Ford account who worked out of Blue Hive, which opened last year as a collaboration between four WPP agencies. TheBlueHive.com describes its team as "focused on making our main client, Ford, not just known to all the world, but loved by all the world." Blue Hive declined to comment.

By Thursday, Ford India had also fired a senior executive whom it wouldn't name.

Mr. Pawar said it was impossible as a chief creative officer to see every one of the hundreds of ads created by JWT India, but that the release of the Ford Figo posters happened on his watch and so was ultimately his responsibility.

Speaking from the Himalaya mountains on Friday while on a long-planned vacation, Mr. Pawar said it's a myth that scam ads are purely a creatives' disease. "Every agency head says, 'We want you to win awards'," he said. "What do you think is going to happen? It's the bean-counterization. You have to get so many points at Cannes. That's a matchbox and a powder keg, and you shouldn't be surprised if it explodes."

Such explosions happen regularly but rarely change anything. In the last big fakery scandal, a DDB Brazil scam ad in 2009 for the World Wildlife Fund depicted planes flying at the World Trade Center with the message that the tsunami in Asia had claimed more victims than 9/11. Americans were outraged when it went viral. The Cannes Lions organizers were also embarrassed several years ago when the top winners at their Lynx awards for the Middle East had to return their trophies after they turned out to be scam ads.

This time may be a little different. The firing of a senior client executive is rare and could help lead to better policing by marketers at the local level if they fear being held accountable when a scam ad for one of their brands goes viral.

Another WPP auto client has already told his agency, Garage Team Mazda, to make sure a Figo-like fiasco never happens. Russell Wager, VP-marketing for Mazda North American operations, has instructed his agency to ensure Mazda sees everything his agency produces. "Any work created that has a Mazda logo or badge on it is seen by us before it goes out," he said.

Kate Hartman, a spokeswoman for Coca-Cola, said the company is proud of the work its agencies do and happy to see it celebrated by awards shows. Protocol, she added, requires all entries be reviewed before they are officially submitted. "Our brands and our trademarks are our most valuable intellectual property, and we do not sanction any unauthorized use of them," Ms. Hartman said. "In the situation of scam/ghost ads, we evaluate everything on a case-by-case basis."

Likewise, Paulo Ziliotto, senior network marketing manager for Adidas International, said the brand must approve any work submitted for awards. "There are no cases of ghost ads from our official agencies."

Marketers, at least at company headquarters, often only find out about a scam ad after it's posted on a site like Ads of the World and then pops up as a news story.

Kraft Foods faced a PR issue last year when Cheil Worldwide made an unabashedly fake Oreo ad in South Korea. A breastfeeding baby held a cookie next to the tagline "Milk's favorite cookie."

The image went viral, forcing Kraft to play defense. "Our understanding is that they created it for use at an isolated advertising-awards forum in Korea," a Kraft official told ABC News at the time. "It was never intended for consumer advertising or public distribution."

Although creatives may think scam ads are harmless fun at worst, marketers dealing with attacks from enraged consumers aren't amused. Especially when media outlets and bloggers blame the unwitting marketer rather than make clear an ad is a fake.

Social media is even worse. One commenter posted on Ford's Facebook page: "Ford has lost my business for sure and we are in the market for a new car. It WON'T be a Ford product … now that I have seen the Figo ad!""I can't think of a punishment too severe for agencies who promote scam ads and pollute shows with them," said John Boiler, president of 72andSunny. "It's the most disgusting manifestation of ego in our industry. ... Shows need to strictly enforce a zero-tolerance policy. I think they should permanently ban any agency responsible for one bona fide and provable offense."

For Mr. Pawar, the worst part wasn't being fired, he said. "It was that India was getting labeled as a country of rapists and women abusers." Acknowledging the outpouring of positive comments on his Facebook page, he said, "I'm very thankful for support from peers, and people online I don't even know." With contributions from bureau reports

Just What Is a Ford Figo?

The small car that sparked big headlines is an obscure player on the world automotive stage. 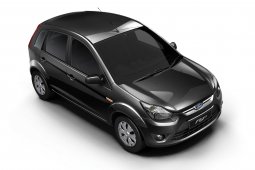 Ford Motor Co. launched the Figo, a subcompact, into the Indian auto market in March 2010. Based off an old European version of the Ford Fiesta, the hatchback made an initial splash, earning "Car of the Year" honors in 2011. Ford India rolled out a redesigned Figo, with some funky new colors and smart features, in late 2012.

On its website Ford says Figo's "kinetic design, intelligent features like Bluetooth and best-in-class ride and handling make it a smart choice for your daily tussle with the road." It also notes that Figo is "bold, enigmatic and a head-turner."

After last week, that almost seems like an understatement. -- Michael McCarthy