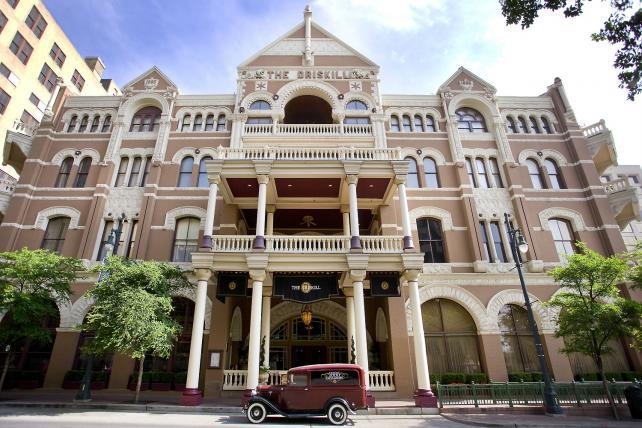 The Driskill in Austin, Texas, The Unbound Collection by Hyatt
Credit: Courtesy Hyatt

Happy Friday! Believe it or not, Super Bowl has come and gone, with Tide and Amazon getting big kudos for their commercials during the big game. E-Trade with DJ Nana and the NFL with its "Dirty Dancing" parody got quite a few laughs, too.

But we're moving on to the Agency A List, which publishes Feb. 19. Stay tuned for that! In the meanwhile, let's see what this week's agency roundup has in store.

Vacancy light is on
MullenLowe has resigned the Hyatt business due to financial and creative differences, according to people with knowledge of the matter. Representatives from MullenLowe declined to comment and Hyatt representatives did not respond to inquiry for comment. It was not immediately clear whether or not Hyatt is looking for another creative partner. MullenLowe won Hyatt's global creative account for all 12 of its hospitality brands in March 2016. At the beginning of the year, Hyatt announced that is it eliminated the chief marketing officer role, CMO role, which means Maryam Banikarim, who joined Hyatt in 2015, is no longer with the company.

Feel the heat
Deloitte-owned Heat has been ramping up the talent in its New York office, adding 27 people in the last six months. Some of the noteworthy hires include Ogilvy creatives Jeff Leaf and Robert Balog as group creative directors; former Anomaly communications lead Emily Hodkins as head of PR; former BBDO executive Sara Daino as global business director; Ogilvy global managing director Leyland Streiff as head of business leadership; and KBS executive Christine Cifra as head of team design. With a bunch of new people in place, Heat is looking to make an impact on the market in New York, said Heat President and Principal Mike Barrett in a statement.

Playing for keeps
Brooklyn-based Quirk Creative, is working with Keeps, a new product founded by two ex-Googlers that aims to become the Warby Parker of men's hair loss treatment. The product, which is being promoted through national TV spots, is targeting young men who want to keep their hair.

Flying high
Alaska Airlines has hired Translation to lead its long-term partnership with Golden States Warriors' superstar Kevin Durant. Translation joins the Alaska Airlines' agency roster along with Mekanism, which has been lead creative agency since February 2016. One of Translation's first tasks will be to increase awareness of the Durant partnership in the San Francisco Bay area.

My funny valentine
Commercial directors and brothers Andrew and Remy Neymarc, who were the youngest Super Bowl ad creators in 2012 with their 30-second Dannon Oikos spot named "The Tease," have signed on with WME to write and direct feature films. Aptly named with the holiday around the corner, the Neymarc brothers' short film, "Happy Valentine's Day," was shot in one take, in reverse and in slow motion, catching the eye of Hollywood producers. But just because they're going to the film side doesn't mean this duo won't be making more spots for the big game in the future.

Double the investment
Horizon Media has finally filled its chief investment officer position — vacated last spring by Marianne Gambelli, who left to become president of advertising sales at Fox News Channel and Fox Business Network. This week Horizon named two replacements: David Campanelli, executive VP and managing partner of video investment and Sarah Baehr, executive VP and managing partner of digital investment, who now assume the titles of exec VP and co-chief investment officers. The appointments come after a search process that found a variety of "compelling candidates," the agency says, but Horizon says it ultimately found the best team for the gig within its walls.

Turning up talent
Dentsu Aegis Network has hired two leaders in marketing and brand solutions to help the company amplify its own expertise and innovations and accelerate growth. Kenneth Parks has joined Dentsu from Digitas as CMO, while Matt Seiler, previously with Studio71, has been named president of brand solutions. Both Parks and Seiler are joining the network's U.S. leadership team and reporting to Nick Brien, CEO of Americas.

#ColorComm Happy Friday! We've made it to the end of the work week. Finish strong. 💪🏾✨

Number of the week
14 – the number of weeks for the new graduate honors course from FCB New York and the NYU School of Professional Studies (NYUSPS) for students pursuing an MS in integrated marketing with the school's division of programs in business. During the course, named "FCB Real World," executives from the agency's New York office will present NYUSPS students with creative briefs and require them to solve marketing problems. Students in the class must have a minimum GPA of 3.75.