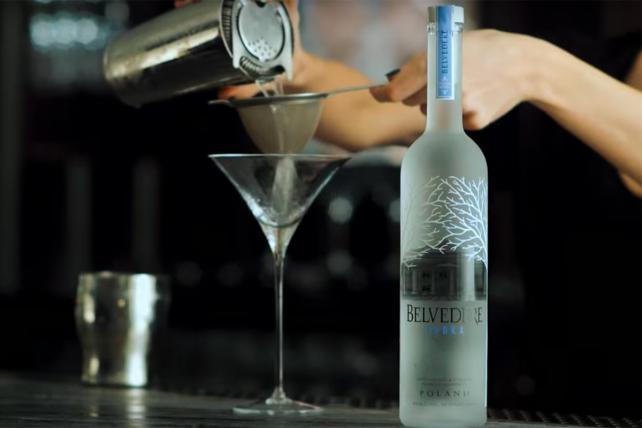 Belvedere Vodka has hired KBS as its global creative agency of record, a nice win for the MDC Partners shop after a recent dip in revenue.

KBS, whose U.S. revenue fell 12.7% last year according to the Ad Age Datacenter, picked up the luxury spirits brand following a competitive review, according to people with knowledge of the situation. The pitch was managed internally without a consultant, they said.

Leanne Banks, global communications director for Belvedere Vodka, confirmed bringing on KBS as its creative agency, but declined to provide further comment on the relationship. According to the people familiar with the situation, KBS will handle both so-called above-the-line duties such as mass-media advertising and below-the-line promotional work.

The spirits brand has not had a creative AOR as of late, according to people familiar with the matter. BBDO parted ways with the brand after the agency won the Bacardi Limited global creative account in early 2015 covering brands such as Bacardi rum and Grey Goose vodka.

Belvedere has not run a national TV spot in the U.S. since late 2015, according to ad-tracker iSpot. The last ad that ran was by BBDO and plugged into the brand's sponsorship of the James Bond flick, "Spectre."

In January, Charles Gibb, president of Belvedere, said in an interview with The Telegraph that the brand's current focus is to sell the story of its heritage and pedigree to compete with rivals such as Ciroc, Absolut and Grey Goose. The brand, which is named after the Belweder presidential palace in Poland, is "pretty close to being a craft spirit, despite being sold in 120 countries across the globe" because it only works with seven farmers to grow rye, Gibbs told The Telegraph.

This won't be the first time Belvedere has decided to go back to its roots. In 2013, the brand began a campaign touting the vodka as being "distilled according to a 600-year-old Polish tradition," while playing up ingredients such as special rye found in the nation's central region.

In addition to its heritage, Belvedere has also been turning its attention to more experiences and events. On Friday, the brand opened a pop-up bar for the summer in London. Last month, it partnered with a floral designer during Milan Design Week and worked with Vice's music channel Noisey for an installation at Coachella.

For KBS, the win comes about five months after the agency lost significant assignments for BMW, including social media, CRM and web development responsibilities. However, the agency continues to serve as BMW's creative agency, and released a spot for the auto brand's new 4 Series in February. The agency also recently worked with its client eSight, a medical eyewear technology company, to help a blind man relive and actually see his wedding day from 15 years ago. Last summer it won the consolidated Stanley Black & Decker digital assignment and was named lead agency for the Red Robin restuarant chain.