The Chicago-based agency is already on the roster of the brands' parent company Constellation Brands roster with longtime client Corona Extra. Pacifico was previously handled by Omnicom's GSD&M, while Casa Noble had no incumbent.

"Our Pacifico beer and Casa Noble tequila brands have significant upside potential for growth," said Jim Sabia, chief marketing officer at Constellation Brands, in a statement. "We've had a solid partnership with C-K over the years and look forward to continued success in raising the profile of these two high-performing brands."

For C-K, the win gives the agency an opportunity to help grow the Pacifico brand -- which has largely been marketed regionally via TV, mostly on the West Coast -- into a more national brand. Constellation does not have immediate plans for national ads, though national advertising appears to be in the cards down the road. For now, the company is focusing on its two biggest brands, Corona Extra and Modelo Especial. "It's a matter of when, not if, we go national with [Pacifico]," said spokesman Michael McGrew. "We are just trying to be very disciplined in our approach."

Pacifico's marketing has historically targeted surfers and other adventure-minded drinkers.

The marketer is also taking a deliberate approach with Casa Noble, a premium tequila brand that Constellation acquired last year. This year, Constellation included the tequila in a Corona ad that ran during the Cinco de Mayo season. "There are so many occasions in which beer and tequila work [together], especially Mexican beers," Mr. Sabia said in an interview earlier this year.

The move is the latest agency change for Constellation. In December, WPP's Ogilvy Chicago won the Corona Light and Modelo Especial accounts, though in March, when Modelo launched a campaign, the TV work was not done by Ogilvy because of timing issues, the company said at the time.

"This is a category we know and love and have been successful in," noted Karen Seamen, president and chief operating officer of C-K, in a statement. "We're excited to put that passion and expertise to work for a longtime C-K client. It's a fantastic win for C-K. We owe it to our effective and award-winning Corona Extra and premium spirits teams, and to our work and experience outside the category with clients ranging from Porsche to Heinz, Edward Jones and Vitamix." 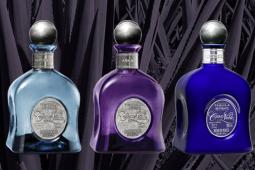 The Casa Noble win also helps Cramer-Krasselt get back in the tequila space, a category that's been open for the shop since it lost Patron last summer. Recent wins for the agency include All Aboard Florida, a privately owned rail line in the U.S., and the TCS New York City Marathon. The agency also retained Benihana after a review.