Dentsu Aegis' Vizeum Becomes Part of 360i in the U.S. | Ad Age
Skip to main content
Sign In Register

Dentsu Aegis' Vizeum Becomes Part of 360i in the U.S.

Dentsu Aegis Network's Vizeum is becoming a business unit within sibling shop 360i in the U.S., a move that will help 360i, an agency largely known for its digital prowess, offer more integrated paid, earned, and owned solutions to clients.

Vizeum U.S. CEO Steven Feuling will be stepping down from the company this fall after a transition period. Patrick Affleck, exec VP-digital and innovation at the agency, will become president of Vizeum U.S., reporting to 360i Executive Chairman Bryan Wiener.

In addition to amplifying 360i's media planning and buying capabilities, the transition will bring in 150 staffers from Vizeum's Los Angeles and New York offices, bringing the total of 360i employees around the country to 950. Vizeum was created in 2003 but didn't arrive in the U.S. until 2011. It will retain its name and will continue to work on business as part of its global network of 70-plus markets. Next year, Vizeum's New York team will join 360i's office. Mr. Wiener said the plan for the Los Angeles operation is still being figured out.

Mr. Wiener said bringing together digital, creative and media will help the combined agency team accelerate growth in the market and take on more integrated AOR and lead agency relationships, such as Nestea and Pernod Ricard's Kahlúa and Malibu brands. The Dentsu Aegis network shop, which was No. 7 on Ad Age's 2016 A-List, was also named lead digital media agency for Lord & Taylor, Ralph Lauren and LongHorn Steakhouse last year.

Rob Horler, U.S. CEO of Dentsu Aegis, said the Vizeum decision is a way to "maximize the opportunity for 360i, specifically in the U.S." Despite being a much smaller business in the U.S., Vizeum has been holding its own in the market, having been named media AOR for Fox Broadcasting Company, National Geographic Channels, and Fox Sports earlier this year. The agency also handles media planning and buying for Shiseido and Sonos. 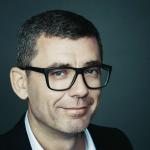 The merged group offers clients "a different concept than going to an agency holding company group," which pulls assets from various businesses rather than having them all in place, said Mr. Horler.

Rather than creating a "bespoke agency," 360i and Vizeum can offer integrated solutions for brands, especially mid-size advertisers, said Mr. Wiener.

Earlier this month, Dentsu Aegis Network acquired programmatic shop Accordant Media. The month before, the group signed a deal to acquire a majority stake in data and performance marketing agency Merkle as the network drives toward its goal of becoming a "100% digital economy business by 2020."