Groupon in Talks With Agencies for Brand Campaign

Groupon is in the process of choosing a creative agency for an upcoming ad campaign as the daily-deals company looks to rebuild both its image and stock price, Ad Age has learned.

Geri Robinson, Groupon's head of consumer brand marketing, said the company has reached out to a select number of shops and asked them to pitch ideas for a brand campaign. The process is well under way and Groupon is hoping to select a new agency partner this quarter. The launch of the campaign is slated for the first quarter of 2013, she said. 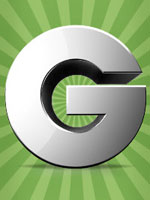 The media mix has not yet been determined and will depend on the winning pitch, Ms. Robinson said, noting that the campaign could live on broadcast TV, digital, social or on some combination of those platforms. Whether that campaign will include a Super Bowl ad is also unclear.

"We want to get to a point where we've got a great creative process and then we'll make some decision around media planning," she said.

Ms. Robinson stressed that Groupon is seeking a partner to handle a creative assignment and is not selecting an agency of record as part of this request. It hasn't had an AOR since parting ways with CP&B following the backlash from its controversial Super Bowl ads in 2011. She didn't identify which shops were invited to submit ideas, but confirmed that CP&B is not one of them.

Those Super Bowl ads two years ago -- which parodied charity endorsements made by celebrities -- drew criticism from those who felt the company was making light of dire situations related to Tibet and the Brazilian rain forest.

Ms. Robinson acknowledged that there's an outside chance that the company won't find a campaign it wants to move forward with. But she said that Groupon is hopeful it can find a partner to help tell its story.

"It's been about two years now and we're hoping that 's kind of in the background," she said. "It's time to get out there and tell our story."

Whatever PR bump a good campaign might bring would be welcome right about now. Groupon's stock closed Wednesday at $5.05 a share, down from the $28 price it began trading at in November 2011.