The Inspiration Room runs through March 24 in downtown Manhattan 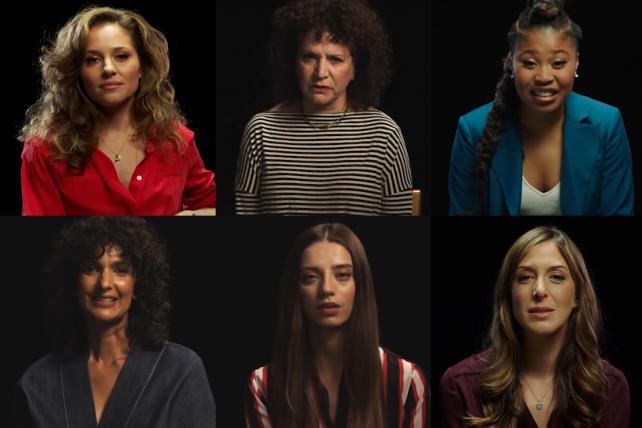 Diaries, typically private, are aired out in a wide-ranging exhibit from HBO celebrating Women's History Month. The cable network, with Wieden & Kennedy New York, is spotlighting hundreds of personal writings from women, including its own stars, to celebrate the female narrative.

The installation, called the Inspiration Room, comprises hundreds of entries submitted from women around the world. The pieces tackle a range of issues, such as infidelity, birth, motherhood and body image.

"Our goal is that you look and see yourself ... and [acknowlege] that there's no one way to be a woman or to feel like a women," says Michelle Lamont, copywriter at W+K NY, who worked on the project.

The exhibit includes a select number of film in which diary entrie are reenacted by HBO stars including Margarita Levieva, Poorna Jagannathan, Susie Essman, Natalie Gold, Angela Sarafyan and Dominique Fishback. (See some samples below.) Entries were published semi-anonymously, so viewers learn only initials and where people are from.

The installation was produced by a predominantly female-led team from organizations and individuals including Studio Butch, a design agency; M Crown, an LGBTQ-owned local events company; and video editor Katie Turinski from Exile.

The diaries themselves are showcased in a multimedia format. In addition to watching the films, you can walk through the exhibit and comb through delicate, vintage notebooks, flip through blown up, life-size pages of narrative, read the entries in showcased digital form or in compilation books, and listen to women voice their own stories in an audio booth.

It's just the latest effort by HBO to shine a light on female voices and talents. For International Women's Day earlier in March, HBO Creative Services and Mekanism New York created a spot that encouraged women to "make a little trouble." Last summer, HBO spotlighted female creators in its 'Because of Her"' campaign.

The Inspiration Room gives women, on and off the network, a safe place to have a voice and a platform to share their stories, says Dana Lichtenstein, director of brand and product marketing at HBO. "It's meant to be a tribute to the complexity of real women and their experiences," she says.

First up, Susie Essman reads from the diary of a woman identified as A.D., Florida. It's about "boobs" and breast cancer.

And Margarita Levieva reads a diary entry from L.B., District of Columbia, about depression.

The exhibit, located in the NoHo district of Manhattan, runs through March 24.