Heineken has consolidated global media planning and buying at Publicis Groupe 's Starcom MediaVest , which won the account in a shoot-out with WPP's Mindshare, the brewer announced today. 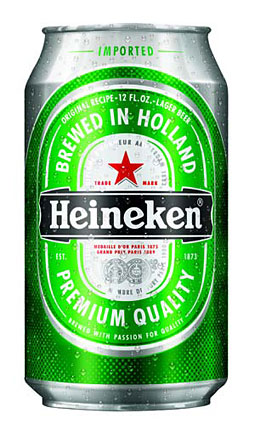 MediaVest already works with Heineken in several regions, including the U.S., managing more than half of its global media spending. Mindshare had handled the remaining markets. The agency had a crack at the U.S. business when the brewer announced the review last year, pitting the two roster shops against each other as it sought to consolidate the business.

Heineken USA, the U.S. importer, spent $126 million on measured media in 2011 across its brands, which include Heineken and Heineken Light, Dos Equis, Amstel, Tecate and Newcastle, according to Kantar Media.

"This move is in line with our strategy to foster thought leadership in the increasingly complex media world, leveraging the potential of both new and classical media while maximizing the proportion of our marketing spend, which is consumer-facing," Chief Commercial Officer Alexis Nasard said in a statement Wednesday. "We are confident that this partnership will support Heineken's broader strategy to drive top-line growth and market share, by stimulating consumer engagement and igniting the conversation around our brands."

In the first phase, MediaVest will focus on Heineken's top 15 media markets, which include the U.S. and represent 85% of the company's media investments. The remaining markets will be covered in a second phase, the brewer said. Heineken spent $458.7 million on measured media worldwide in 2010, ranking 75th among all advertisers, according to the latest data available from the Ad Age DataCenter.

The move follows other global consolidation efforts by the Amsterdam-based brewer, such as streamlining procurement and appointing independent shop Wieden & Kennedy as global creative agency for the flagship Heineken brand.