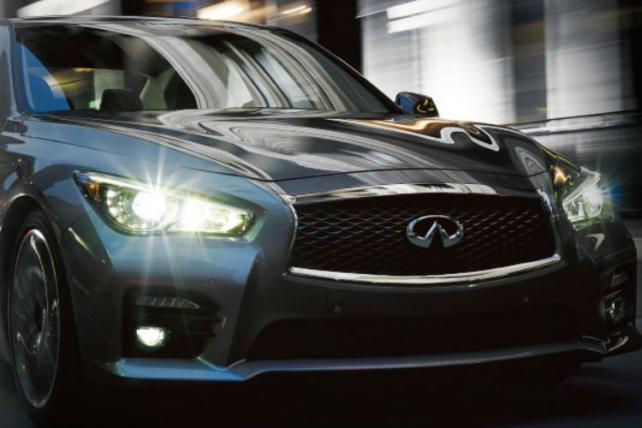 Infiniti is set to tap MDC's CP&B as its new global agency after a long and drawn-out review, according to people familiar with the matter, although a final contract has not yet been signed.

The account has been with Omnicom's TBWA since the late '90s, but the agency was knocked out of the running during the review. TBWA will continue working on the account until the new year.

TBWA also works with Infiniti sibling brand Nissan, which it will continue to handle via Nissan United, an Omnicom cohort formed late last year that includes TBWA, OMD and Interbrand. TBWA has been working with Nissan for nearly 27 years.

The four finalists in the Infiniti review were MDC's CP&B, Publicis Groupe's BBH, Omnicom's Goodby, Silverstein & Partners and MDC's Anomaly, but in the end Inifinti's attention focused most on CP&B and Goodby, according to people familiar with the review. Omnicom's OMD is the media agency for Infiniti.

Rumblings of the review, which was handled by Roth Observatory, began more than 10 months ago after the marketer began having conversations with agencies, but agencies didn't receive requests for proposals until this spring. Infiniti narrowed the contenders to the four finalists this summer.

Key executives involved in the review include Vincent Gillet, Infiniti Motor Co.'s Hong Kong-based VP of marketing, according to people familiar with the process. Allyson Witherspoon, Infiniti USA's director of marketing, was part of the core team, the people said. The U.S. market accounts for more than 70% of global sales, Ms. Witherspoon told Ad Age earlier this year.

It's not clear whether CP&B will have to open additional offices to accommodate the full global Infiniti account, though the agency's recent acquisition of Richard Pinder's House Worldwide was intended to expand the shop's network. It's also believed that Infiniti wanted agencies to have a presence in Asia, which CP&B does not yet have, though it told Ad Age in early 2014 that it was "actively exploring" opening an office in China. CP&B now has offices in Boulder, Colo.; Miami; Los Angeles; London; São Paulo, Brazil; Gothenburg, Sweden; and Copenhagen, Denmark.

CP&B has been aggressively going after an auto account recently. After all, one of the accounts that put CP&B on the map as a hot shop in the early 2000's was its work for the U.S. introduction of Mini.

Coincidentally enough, a Mini review overseas has been unfolding simultaneously with the Infiniti review. According to people familiar with that review, Mini is set to name CP&B's London office to handle a global campaign for a new Mini model. These people said the two auto accounts won't conflict with one another, and will be handled by different teams and different offices. U.S. work for Mini, which is owned by BMW, is currently handled by BSSP in Sausalito, Calif., and that account won't be affected by the recent Mini review, these people said.

For Goodby, not winning the account would be a disappointment, both because of the length of the review and because the San Francisco-based shop has had an opening in the auto category since losing its place on General Motors' Chevrolet account in March 2013. Goodby and Interpublic's McCann in 2012 had formed a joint venture called Commonwealth to carry out General Motors' global work, but Goodby was later eliminated from the partnership.

Of Nissan and Infiniti, Nissan is by far the bigger brand in terms of U.S. measured media spending, according to Kantar Media, with $644.7 million in 2013. Infiniti in the same time period spent close to $217.4 million. A global ad spending figure was not immediately available.