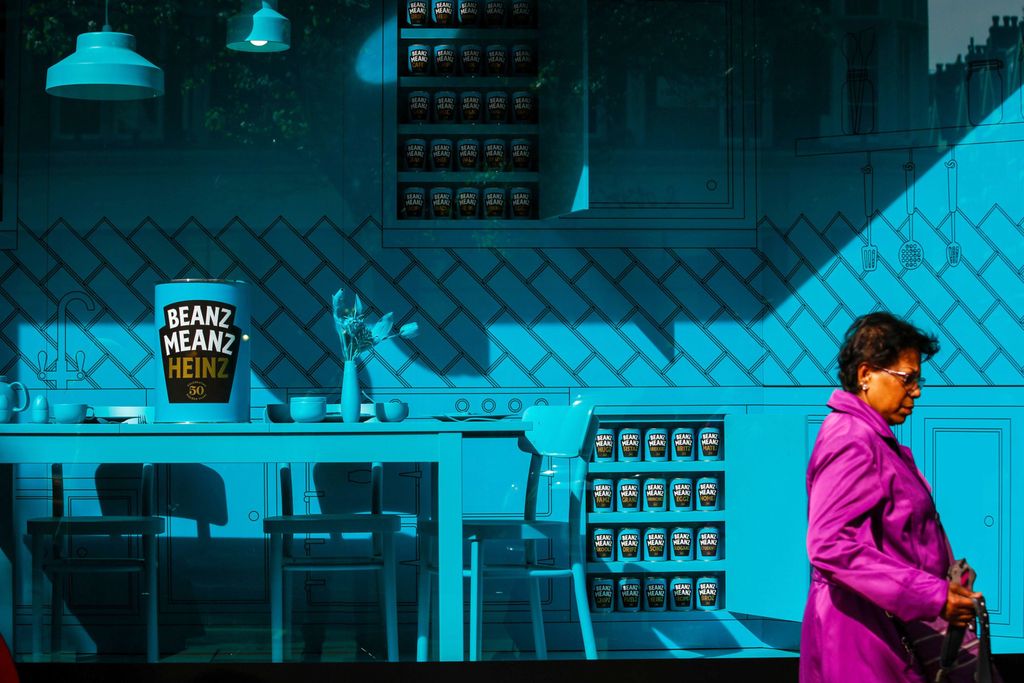 A shopper passes a display of Heinz baked beans in the window of Selfridges department store on Oxford Street in London, U.K

Carat will work on Kraft Heinz’s media business in its Canada and broader international zones. Carat also takes on the lead agency role in the development of global projects and capabilities with Kraft Heinz’s Amsterdam-based global media team.

Four media agencies participated in the eight-month review, Kraft Heinz stated. Industry sources told Ad Age the review turned into one largely focused on price, with some people familiar with the process saying that Kraft Heinz was pushing for 120-day payment terms. The company declined to comment beyond its statement, which did not mention payment terms..

In Brazil, media responsibilities will be split by brand due to operational requirements, Kraft Heinz stated. Heinz will work with local agency Africa, while the Quero and Kraft brands will work with Carat.

Kraft Heinz and Starcom have worked together for 20 years and Starcom Worldwide had handled global media buying and planning for Kraft Heinz since 2018. Starcom retained the Kraft Heinz media account in the U.S., the company’s largest zone.

In 2019, nearly $17.76 billion of Kraft Heinz’s roughly $24.98 billion in net sales came from the U.S. Kraft is the 64th largest U.S. advertiser according to the Ad Age Datacenter, with total U.S. ad spending of $782 million in 2019. The company advertises a variety of brands. Heinz and Planters aired Super Bowl ads this year, and the marketer is also focused on social media and other areas, with brands including Lunchables and Capri Sun running back-to-school related campaigns in recent weeks.

In February, Kraft Heinz announced it planned to boost working media spending by 30 percent this year. That was before the pandemic led Kraft Heinz to be a standout in the U.S., as people stocked up on its macaroni and cheese, Heinz ketchup and other kitchen staples.

The newly-named Publicis 57 team, which includes Starcom and resources from other Publicis Media agencies, “will take a targeted and strategic approach to driving increased consumer engagement while improving the company’s marketing spend effectiveness,” Kraft Heinz announced in a statement. “Included in the Publicis 57 focus will be a sharper emphasis on e-commerce media planning and buying across a broad range of platforms.”