Lyft Chooses Made Movement As Its New Shop

Client And Agency Have Something in Common: Alex Bogusky Is An Investor 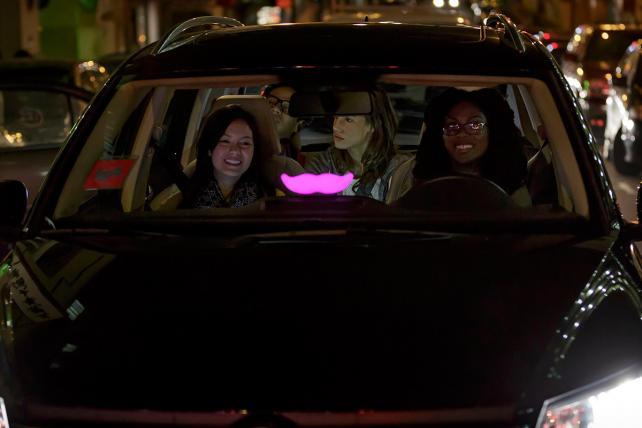 Earlier this summer, Lyft made waves in adland when it put out a call to agencies on Twitter. The company had already invited nine shops to participate in a review, but its Twitter call was looking for a "wildcard" shop, one that it may have otherwise not known about.

The wildcard agency didn't win, but one of the nine did: Made Movement.

The Colorado-based shop will be the ridesharing company's agency moving forward, handling strategy and creative. Lyft previously worked with Eleven on a campaign that's running now, and that shop had also been invited to participate in the review.

Jesse McMillin, creative director at Lyft, said that while Made Movement is the only creative agency the brand will work with now, Eleven may still be tapped for future projects.

But Made Movement, he said, won the review because the shop went above and beyond the client's expectations. Lyft sent pink envelopes to the nine invited agencies, asking them to send them back to the company with anything that demonstrated why the agencies wanted to work with Lyft or how they'd be good partners.

When the review first launched, Mr. McMillin declined to identify those agencies, but said one responded to the invitation by taking consecutive Lyft rides from its office in Colorado to San Francisco, where Lyft is headquartered.

That agency was Made Movement. The shop's Chief Creative Officer Dave Schiff, along with a producer and a camerman, jumped into a Lyft and drove it across the country, filming and blogging the experience along the way.

"We thought it would be the best way to have the ultimate brand immersion," said Mr. Schiff. "We figured, 'Let's just take Lyft all the way out to San Francisco.' It seemed like it would demonstrate that we gave a shit and that we have done due diligence when it comes to learning about the brand."

The review also got attention because Alex Bogusky, former CP&B creative lead and currently a Lyft investor, had promoted the contest on Twitter. Mr. Bogusky is also an investor in Made Movement, and in 2012 bought the building that became the agency's office.

Mr. McMillin said that while Mr. Bogusky is an investor in both Lyft and Made Movement, he did not play a material role in the selection. "He's someone who is close to one of our founders and someone we look to as a sounding board for things. He didn't play a significant role in the vetting or selection process," said Mr. McMillin. "Made completely and thoroughly impressed us with their passion and their process. That was the only thing that played a role in their selection."

"A lot of people think our success is attributable to Alex," said Mr. Made's Mr. Schiff. "He made a modest investment to help us get out of a coffee shop….but the lion's share of this agency is owned by agency leadership. We're a bit of a mystery, but people seem to draw their own conclusions about his involvement and that's fine."

Mr. Bogusky did not return an email for comment at deadline.

As for the wildcard agency, it was a new entity called Disco founded by Jeff Benjamin, another former CP&B executive, who recently launched Disco after leaving JWT. Mr. McMillin said that while he was impressed with Disco, all parties agreed that it was just a little bit too new to take on a client like Lyft. He added that Lyft would be interested in tapping Disco for a small project in the future.

The wildcard portion of the review got attention in part because some in adland thought that it created an unlevel playing field because nine other agencies had a different invitation, indicating that the brand was asking for free or spec work.

"We weren't asking people to make free ads, that wasn't part of the ask," said Mr. McMillin. "It was a polarizing way of doing things, which I think is part of who Lyft is, we like having a conversation. We wanted to open the dialogue and think of the process in a different way."

Mr. McMillin recognized that the process did get some criticism, and said that if Lyft's process was getting critical or negative reception, "that's up to the individuals."

"You learn something every time. I'm sure we'll build on and improve what we did before," he said.