Some marketers have been staffing up their in-house production studios, but retailer Staples is doing something different.

Staples is handing over the operations of its U.S. creative production services studio to McCann Worldgroup's Craft Worldwide, the network's production shop. Although the 100 employees that work for Staples' production team will now work for Craft, they will still work from Staples' headquarters in Framingham, Mass., handling all U.S. production for print, digital and video.

Craft will also pick up creative duties for print and digital, while broadcast is on a project basis. It began working with Staples in 2015, handling print and digital "adaption," wherein the shop would take digital assets like landing pages and banner ads and make them responsive on various devices like tablets, phones and desktop. Craft launched in 2012.

McGarryBowen had been Staples' creative agency since 2013, but earlier this year, the agency and brand parted ways. Prior to McGarryBowen, McCann handled creative for about nine years.

"Craft has established a track record of high performance for Staples and this move will help foster further collaboration between Craft and Staples associates," said Frank Bifulco Jr., executive VP-global marketing at Staples, in a statement. "As we expand our relationship by integrating our in-house services into the Craft model, we will be able to take advantage of their vast network of resources, including their offices around the world."

Production has become of particular interest to both agencies and marketers in the past few years. Big agencies started building out their production capabilities to incorporate digital video, a move that came as clients were increasingly asking for quick and inexpensive video for online distribution and social media. 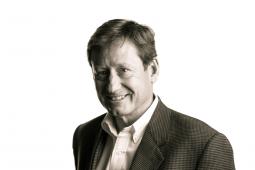 Staples said that this move is not a cost-cutting measure. Mark Cautela, director-corporate communications, said in a statement: "The deal is being made to leverage Craft's expertise in the production sector, intellectual capital and Craft's global network of resources, all of which will improve productivity. Having Craft associates physically sitting within Staples corporate headquarters will also help foster collaboration."

But the retailer has faced stiff challenges this year that include store closures and layoffs. In May, the Framingham, Mass.-based company was forced to abandon its merger dreams with rival Office Depot after a federal judge ruled against the $6 billion deal, siding with the Federal Trade Commission that the union would create too large of an office supply giant. Staples' CEO, Ron Sargent, subsequently stepped down. Office Depot's creative is handled by McCann, a separate entity from Craft.

Now, the chain is facing the crucial back-to-school season at a time when consumers are increasingly turning to Amazon for all their office needs, lured by deals like Tuesday's Prime Day.

Ed Powers, Craft's CEO, said in a statement: "It's great to see our relationship grow and being recognized for a track record of high performance including improvements in productivity and cost efficiencies. We are very excited and honored to be building on our partnership and further helping Staples achieve their business goals and objectives."