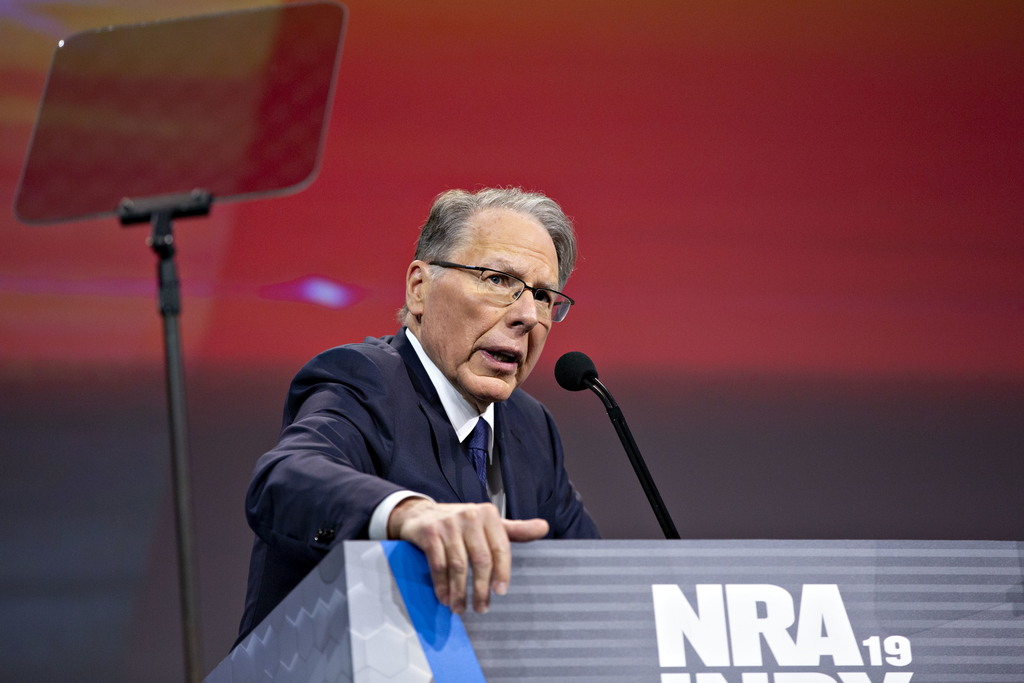 The National Rifle Association’s escalating legal feud with its longtime public-relations agency has taken a bizarre turn, with the gun lobby claiming that the PR firm stole a confidential PowerPoint presentation detailing its courtroom strategy.

The new controversy centers on an April 29 executive session at the gun lobby’s annual meeting in Indianapolis. During the presentation, outside attorney William Brewer used PowerPoint slides to brief NRA directors on his firm’s strategy for pursuing a pending lawsuit against the marketing firm, Ackerman McQueen.

Then came the alleged subterfuge: An employee of Brewer gave a thumb drive with the PowerPoint file to an audio-visual assistant at the meeting so he could load it onto a laptop computer to display. That AV man was an employee of Ackerman McQueen, who later “absconded with a digital copy of the presentation,” according to an NRA filing Thursday in Virginia state court.

After an employee of Brewer’s firm realized the laptop was gone, he called the Ackerman employee, who said he had deleted the presentation, according to the filing. But two weeks later, Ackerman’s law firm notified an NRA attorney that he was in possession of not one but two thumb drives containing the PowerPoint. He said no one at his firm reviewed the document because it appeared confidential. He offered to destroy or deliver the drives.

The NRA isn’t satisfied. It filed an emergency motion seeking to halt the lawsuit until it gets to the bottom of how its legal strategy ended up in the possession of Ackerman and its law firm. Virginia ethical guidelines instruct lawyers who receive misdirected communications to promptly notify their legal adversaries. But the NRA filing claims the conduct by Ackerman has done “imminent, irreparable harm” to the NRA and asked the court to consider disqualifying the firm’s lawyers.

“The facts uncovered so far raise grave concern, because AMc stole the NRA’s confidential and privileged information for its benefit,” it wrote. “The PowerPoint provides a roadmap of the NRA’s strategy in the litigation, as well as the thoughts, mental impressions and work product of the NRA’s counsel.”

Lawyers for Ackerman McQueen didn’t immediately respond to a request for comment.

The longtime relationship between the NRA and Ackerman McQueen soured in recent months amid political infighting that has followed revelations of lavish spending by senior gun lobby executives. The dispute led to the departure of NRA President Oliver North two days before Brewer’s PowerPoint presentation.

The NRA’s emergency motion seeking to halt litigation came in a lawsuit in which the NRA has said that Ackerman McQueen and its subsidiary, Mercury Group were paid almost $40 million in 2017 yet resisted NRA requests to document its work. On Wednesday, the NRA filed a separate lawsuit accusing Ackerman of trying to foment a “coup” to oust its leadership. Ackerman responded a day later with a countersuit that denied the claims and said it had opened its books to NRA auditors.