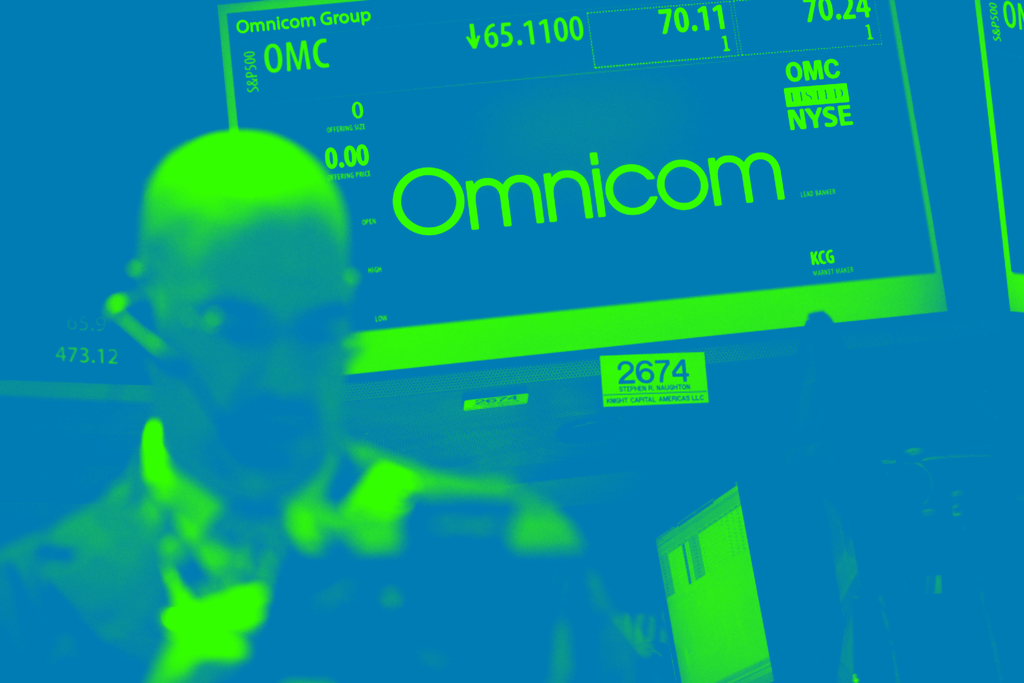 Omnicom Group's shares rose nearly 3 percent on Tuesday morning after the holding company reported an organic revenue growth of 3.5 percent for the fourth quarter and 2.8 percent for the full year.

"In the face of a dynamic yet challenging environment, I am very pleased that our strategies, talent and execution have allowed us to consistently deliver solid financial results," Omnicom Group Chairman-CEO John Wren said in a statement.

Broken down by segments, Omnicom reported organic growth in advertising and media in the fourth quarter was up 5.1 percent, CRM consumer experience increased 3.3 percent, healthcare rose 12.9 percent, public relations was down 2.5 percent and CRM execution and support decreased 6 percent.

On the earnings call, Wren called out the particular success of the company's healthcare segment which he said began to tap into its people-based precision-marketing platform, Omni, "to better understand healthcare professionals and patients’ online behavior."

Jay Pattisall, Forrester principal analyst, said Omnicom’s "performance and growth" in its healthcare and advertising and media businesses "illustrate the impact of their continued investments in data and technology," and noted how Wren's emphasis on the adoption of the Omni platform and investment in data analytics suggests platforms will be a big focus in the company's 2020 strategy.

"But Omnicom (and their competitors) need to demonstrate to clients how they will ensure the same performance and capabilities moving forward given the growing regulatory environment and proactive measures taken by Google and others," Pattisall added. "The industry needs to articulate solutions for data-driven advertising, media and experiences to quell the growing uncertainty among marketers."

While Omnicom reported fourth-quarter organic growth of 2.8 percent in the U.S., other areas in the critical North American region decreased 2.3 percent. Organic revenue was up 3.3 percent in the U.K. in the fourth quarter, other parts of Europe increased 4.7 percent, Asia Pacific rose 4.5 percent, Latin America decreased 1.3 percent and the Middle East and Africa grew 19.5 percent.

For the full year, organic revenue in the U.S. rose 2.7 percent and in other areas of North America, increased 4.2 percent.

"Our strong financial performance underpins the outstanding work of our people and agencies, and we look forward to continued success in the year ahead," Wren noted on the call.

Most notably in 2019, Omnicom successfully defended its Disney media account in the U.S. and added planning and buying duties for Disney Studios in Canada, while LG sent its global media account to PHD. Creatively, DDB lost several significant clients including State Farm and the majority of the McDonald's account in 2019. BBDO won Brown-Forman in November. TBWA and Omnicom Media Group picked up the Singapore Airlines global account in January 2019.